Profane but not sordid. . . 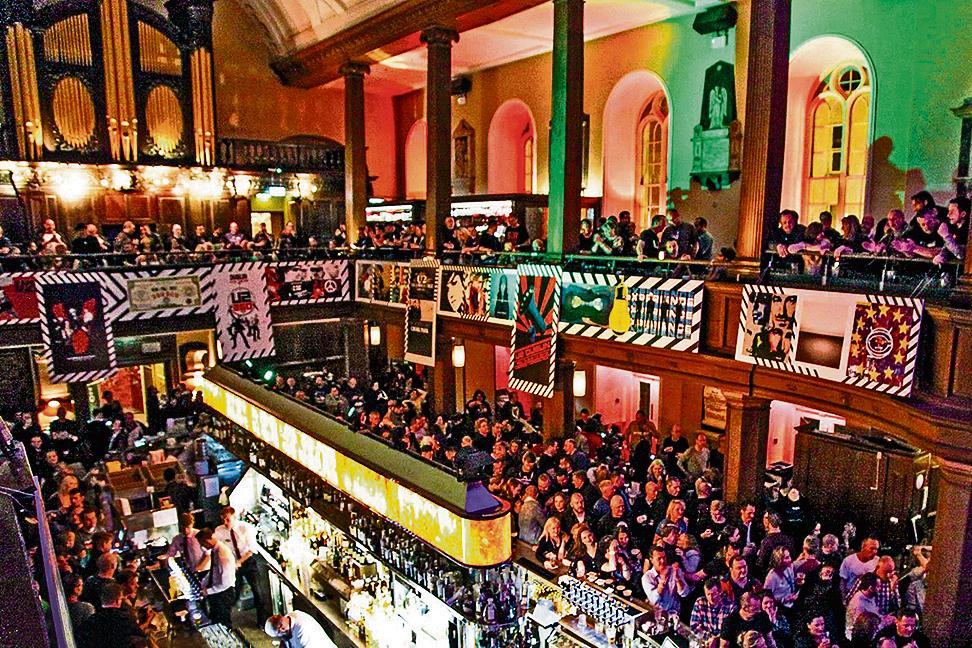 A concern among some about the buildings of churches that are closing or have been closed is not some sort of superstitious or aesthetic issue.  It is most practical.  Church buildings that are being closed and sold are seldom nondescript structures.  Unlike the modern facilities erected to look like warehouses (because they are warehouses!), these are glorious buildings that are distinctly churchly.  Though they may be in grave need for repair and in decline (as with the congregations they once housed), they are still unmistakably marked as a house of God.  This will hardly change even though the building may have been officially deconsecrated and secularized.

I have written in the past of the penchant of bishops of the Episcopal Church and the ELCA to waste their money suing to get buildings back from congregations that have gravitated to one of the more conservative forms of their jurisdiction.  At one point the Episcopal Church was spending in the millions to get back properties it could not and would not use -- seemingly as punishment to prevent the breakaway group from using the structure they paid for and once called their own.  I hope that this foolish extravagance has slowed or ended completely.  But they are not alone.  The ELCA was not without its own refusal to let the majority of a congregation have a building the minority could not use or maintain.  In both cases it was not unknown for the hierarchy to sell the structure to a pagan group before allowing the breakaway group to purchase it (even when the breakaways offered a higher price!.

So we have not seen the last of church buildings turned into community centers, senior living facilities, art galleries, or musical venures (if lucky).  But neither have we seen the end of church buildings being sold to pagan religious groups (at least as any orthodox Christian would define them) and used for purposes that offend against their first and intended use.  It is one thing to take a secular temple and turn it into a useful structure for Christianity but it is quite another for Christians to let a church building be used for everything from a bar to a restaurant to a strip club.

Rome, with its sturdy system of canon law, would seem to be more immune from this problem than it is.  Canon law permits a diocesan bishop to relegate a church to “profane, but not sordid use” -- only if the structure can no longer be used for sacred worship, is beyond repair, or if “other grave causes suggest [it] can no longer be used for divine worship" (whatever that means!).  Yet even this canon law has not and will not prevent Roman Catholic bishops from selling buildings for much needed cash.  Lutherans, without canon law, have even less means of preventing such an atrocity.  There is one solution.  Bulldoze it down to the ground if you much but it is unconscionable to let the distinctive structure of a Christian Church be allowed such sordid use as a temple for an idol, a sex related industry, or a common usage as eatery or bar.

Growing up we would often drive past an LCMS church building, distinct for its original purpose, which was then being used as a hog house amid a sea of pig urine and manure.  I was never so happy as to when the whole structure collapsed.  It is my wish for all those buildings, readily marked by architectural style to be a church building, to be destroyed before the land can be turned over to other uses (some profane and others positively sordid!).   Can I get an "amen"?

Coincidentally, Arthur Guinness – Founder of the Guinness Brewery – was married in St. Mary's Church in 1761.