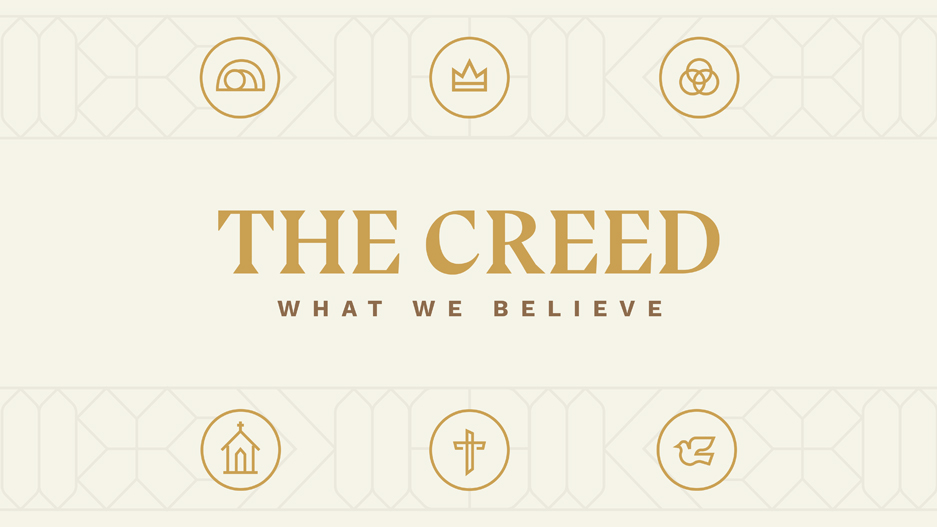 When Lutheran Service Book was being finished, there was a proposal to change the wording of the Nicene Creed.  A study document was widely distributed throughout the Synod and with it the changes in the wording that were being tried out.  The individual "I believe" was to be replaced with the corporate "We believe."  Some clarifications in the wording were offered for antiquated terminology that were preserved only in the creed and not elsewhere in conversation.  Catholic replaced the term Christian.  On the whole it was a solid study document and not one prone to the pitfalls of those who had changed the wording of the Nicene Creed (such as eliminating became man with the replacement with became fully/truly human).  As I look back on the study guide, I am more and more impressed with it.  But, as we all know, the Synod at the last minute decided to use the old wording from LW (and TLH).  It was a political decision that masqueraded as theological.  Change is always hard -- even salutary change.  For a church looking to end the divisions that had become normal between those who fought over which hymnal to use, it was understandable.  But it was not our finest hour.

Knowing as I had that the changes in wording would become problematic, I had us jump ahead of the game and begin to adopt the proposed wording before the book was printed.  In this way, the changes would not color the people's view of the whole book.  This was something that hindered the predecessor hymnal, Lutheran Worship.  A decision there to thinker with the words of the Divine Service from The Lutheran Hymnal had left a bad taste in the mouth of many when its words and music had become the norm for our congregations and our people for more than 40 years -- two generations in fact!  Then when the book came out with the wording from LW, we had already been taught, learned, and accepted the proposed change.  So what to do?  In the end I choose to leave the proposed wording -- easy enough since we print out the liturgy anyway.  I had thought that work would begin on a new hymnal by now (16 years after the introduction of Lutheran Service Book) and that this would come up again.  But it is pretty clear that many of us in the Missouri Synod do not have the stomach for another worship book or for the tweaks that would build upon LSB.  In fact, I doubt that any new worship book for the LCMS will come out in the next 16 years either.  We do not seem to have the pocketbook for the cost of such a project or the will to wade into the inevitable controversy of making choices that not everyone sees as beneficial.  So maybe my choice was a foolish one back in 2003-2005.  It has stuck out a bit to those who visit or join.  I do not think it represented anything but a salutary attempt to teach what I thought was the direction of our church body.  Some may disagree.

So I think the time has come to bite the bullet and go back to the printed wording (with the exception of retaining the original word of the creed, catholic instead of Christian.  It is not because I think there is something wrong with what we have used -- Synod did not find it doctrinally wanting in any way when it was first proposed.  But as the days come when my time winds down and others will replace me here, it will be easier for us to go back than to retain this small difference.  Rome changed its creed in 2011 but Wisconsin retained its own 1993 version in its new book with only a minor edit.  So beginning soon, I will be teaching the creed anew on Sunday morning.  It will be somebody else's job to deal with a hymnal change and any wording that is changed in it down the road.

If you want to know what I am talking about, refer to the Lutheran Hymnal Project, Field Test Materials, published in 2003, the Nicene Creed Proposal, pg. 32-36.

Pastor Peters, I'm not sure if you read it but the WELS published a defense of their innovative translation. It includes such gems as "The WELS has no interest in being sectarian" while explaining a departure from the common wording of the synodical conference...