What should catechesis do? 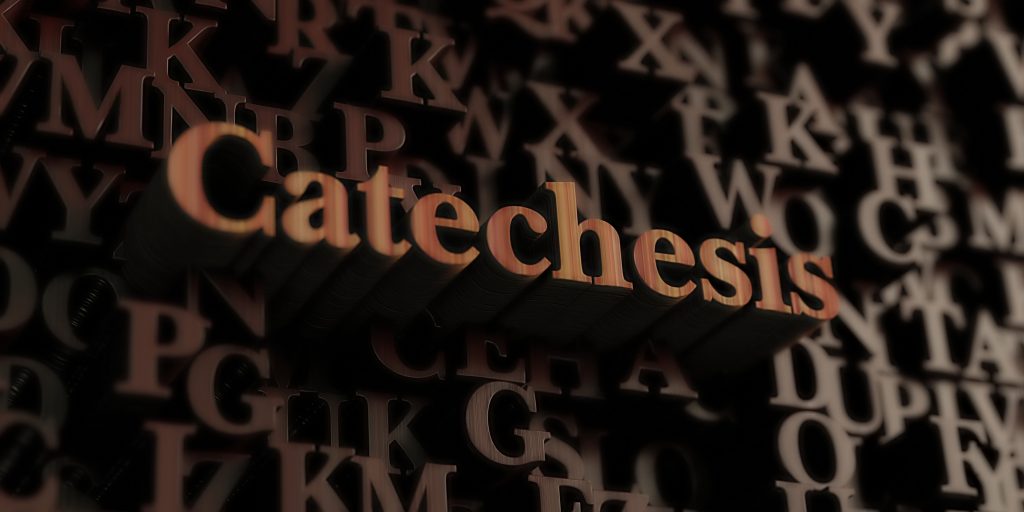 As someone who had not taught catechism class to youth for seven years and now finds himself back in that role, I have more questions than I once had over what catechesis can or should do.  As I have said before, when I went through catechism class more than half a century ago, the main object was to memorize the catechism.  It was explained in class (2 hours on a Saturday morning for two years) but the explanation was more a reiteration of what had been memorized and a review of the Bible passages listed in the Catechism (1941 version) than it was designed to impart understanding.  It culminated in the storied question and answer period before the congregation (six in my class so plenty of answers and Bible passages to memorize!).  It was as if the whole purpose was to regurgitate what I had memorized at the appropriate moment.  I do not blame anyone for this -- it was the same for my dad and his dad before him.  But I did begin my pastoral work with the desire to impart something more than just knowledge -- knowledge being not a bad start.

Through the nearly 40 years I taught every year, I had mixed success.  Some youth from solid church families seemed to dig into the catechism with questions and observations that were remarkably profound but the majority sat and listened as I had done before them.  I do not discount the good of memorization or of listening to the text explained and I am sure many of them continue to be shaped by and with the catechesis that took place in those classes.  What must be admitted, however, is that those who remain active in the Christian faith (particularly the Lutherans) were aided not simply by what I did in that class but by the example of their parents (and grandparents) and solid foundation of the faith in the home.  I am hesitant to take much credit for anything in their catechesis or in their continued life within the Church.

If knowledge is the thing, the later age for catechesis seems more and more questionable.  Would we not want to impart this knowledge as young as possible so that these same youth have a solid foundation on which to endure the turbulent teenage years -- especially in view of how much change and how fast change has come for all of us but particularly for youth?  In Luther's day, youth catechesis was in the home and the examination took place before the pastor and youth were admitted to the Sacrament much earlier than is probably typical among us today.  That said, when you are trying to impart understanding of often abstract concepts, a later age brings with it a certain measure of maturity in thought that aids that goal.

In the end, the biggest problem I see is not with the Catechism (although I do not believe we solve anything by making the book longer and longer).  The biggest problem lies with what is going on in the youth and the home.  Nearly everything that influences the life of our youth has a competing vision of what is good and right and salutary.  Nearly everything that equips our youth to define themselves and their place in the world is born of a competing worldview in direct conflict with the Scripture and the faith.  Nearly everything in their lives puts faith as one of many influences and values and not the primary influence or value.  It seems to me that this is where catechesis for our youth has to begin.  We can impart all the knowledge in the world to them but until they see themselves and the world around them through the lens of Scripture and faith defines their answers, we have merely compartmentalized Christianity as one of many influences upon them.  This leaves them to choose which fits which part of their lives and which they use to meet the challenges, questions, and issues they face within those lives.

It seems to me that perhaps we may have to forego some of the knowledge in order to begin with something that helps them know and confess a Biblical, Christian, and Lutheran worldview or else we will continue to lose so many of those who might have been raised in the Church but were never really defined by their faith.  In this endeavor, the creed takes on an even more strategic role as the confession of this worldview and not simply of their individual faith.  And those are some of my thoughts as I get back into the role of exclusive teacher of the catechism to our youth once again. . .

The glaring flaws of the 2017 Small Catechism are unintentionally noted in the field test introduction, where it is described as a catechism with more. More Bible verses, more Book of Concord, more contemporary, more inclusive of rational and natural law, more apologetic, and more useful for missionaries, Bible classes, family devotions, and sermon preparation.

As such, the 2017 Small Catechism is too long. Yes, I’m sure the intentions were noble, but if you want to turn off the enthusiasm of a seventh and eighth grader, give them a lengthy formal looking tome with a bewildering array of fonts, types, layouts, and intentions for use that is no longer possible to memorize (here we include general familiarity with the explanation) as a common, united, synodical, doctrinal frame of reference and mindset.

The 1943 blue Small Catechism did not have these deficiencies. And the common response today to this assertion is that this is simply naïve stubborn idealizing of a Bronze Age past that was plenty flawed in not having the benefit of the confessional and liturgical knowledge that we do have today. What a strange political assertion, given that the 1943 Small Catechism was based on that of Johann Konrad Dietrich (1575-1639), and was the one most widely used in Lutheran Saxony.

The blue catechism was used for instruction of youth on the verge of entering high school, rather than earlier, because of the biblical mandate that a man examine himself before communing. Not only is a younger child incapable of such self examination, but a younger child is by definition not a man yet, of which such ability for self examination is a requirement. I imagine that the present enthusiasm for communing younger children is due to our more enlightened understanding and privileging of catholic church traditions. This has resulted in synodical views that range all over the map in our pluralistic information age. Which makes the task of catechesis all the more challenging.

Steve: "I imagine that the present enthusiasm for communing younger children is due to our more enlightened understanding and privileging of catholic church traditions."

In Chubby Checker's 1963 song, "Limbo Rock," one of the lines about doing the limbo was, "How low can you go?" That line applied to some Missouri Synod pastors who discussed in various (some now deleted) blogs how young a child they managed to commune. There were even hints that paedocommunion wasn't something that should be rejected.

It seems to me that perhaps we may have to forego some of the knowledge in order to begin with something that helps them know and confess a Biblical, Christian, and Lutheran worldview"

It will not be an easy or casual task, especially when catechizing baptized children who have been mind-numbed by satanic Common Core and woketard indoctrination in secular schools. Nonetheless, catechesis is a vital preparation such children need for St. Paul's directions in Ephesians 6:11-17.

Catechesis is also the preparation each of the catechumens undergoes so that when asked before the congregation, "Do you also, as a member of the Evangelical Lutheran Church, intend to continue steadfast in the confession of this Church, and suffer all, even death, rather than fall away from it?," they can truthfully answer, "I do so intend, with the help of God." As Satan's followers continue to push the U.S. deeper into a totalitarian kakistocracy, the answer to that question will be tested even more.