What kind of church do you need... 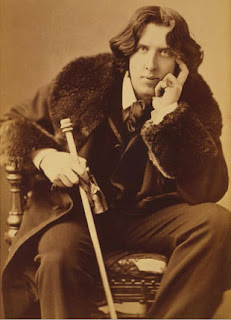 According to Andrew Doran (First Things), Oscar Wilde once observed that “the Catholic Church is for saints and sinners alone. For respectable people, the Anglican Church will do.” Newt Gingrich would have made a pitiable Anglican–or Mormon, for that matter. As a Catholic, however, he fits right in. Catholics are all too familiar with frailty, and in fact the central Christian idea of redemption by Christ presupposes a need for such redemption.

I have little to say about where New Gingrich feels at home.  I have less to say about source of the quote or the measure of the life or faith of the man who said it.  But, unlike most little ditties people say, this one is worth remembering.

While certainly meant with a certain measure of humor, the quote expresses a great deal of truth.  The churches that preach sin and repentance, grace and forgiveness are often seen as out of step for "respectable" folks only because the respectable folks don't talk in those terms or think in those categories.  The quote would most certainly have to be redone today.  Perhaps the Anglican Church would do for those who like the appearance of traditional Christianity (albeit doctrinally diverse and, yes, lite) but the rest of the crowd would be better suited for other places.  Those who think religion is mostly morality might probably like the Mormon Church.  Those who think religion is mostly about happy lives and good feelings might better head to Lakewood and Osteen.  You can continue the list.  But Oscar Wilde hits it on the mark.  The evangelical and catholic faith is about redemption for sinners, righteousness for the evil, cleansing for the guilty, life for the dying, and hope for those who know they cannot repair what is wrong in them or in the world.

I think at one point on a different post, you indicated that agreement could be signified with a "Ya sure, you betcha." I hope that is still accepted.

Ya sure, you betcha.

Oscar Wilde, if indeed he is the author, was quite prophetic.

And the church is a hospital for the sick, right?

Thanks for sharing this.

Rome is not an evangelical church.

I have to say, there is more praise for roman catholicism here than lutheranism, and everything on lutheranism is negative.

It is possible to be faithful to
the Gospel of Jesus Christ and to
be relevant at the same time.

If the Law/Gospel dynamic of our
pastors in the pulpit is present,
then they are probably going to
be relevant.

Read the 4 Gospels of Matt, Mark,
Luke, & John. Christ was always
relevant in his preaching.

It can be a cop-out to say I don't
care if my preaching is relevant.
To truly meet the NEEDS of sinners
seating in the pews each Sunday our
pastors better be relevant.

There are many broken-hearts in those
pews, and only the Gospel of Christ
can heal them.

hey boaz -- do you actually read pr peters posts? he is unabashedly and unashamedly Lutheran. If he points to the flaws of Lutheranism, it is as one who loves it and desires it to be as perfect as possible -- not as one casting aspersions to condemn.

I am sorry you think me easy on Rome and hard on Wittenberg. I am not. But while Rome is interesting to me, Wittenberg is personal -- I expect the most from the faith that I believe confesses it best and that is Lutheran. Honestly, I do not think that I am negative on Lutheranism.

Fret not. Enjoy being Lutheran. Cheers!

Relevant. The Gospel IS relevant. Don't dress it up. Don't fail to use the Law to make the need of Gospel known.

I think what Fr. Peters means by 'relevant' is the use of things like movie clips during the service, props, skits, 'hip' language, jokes, sermon series (on sex, marriage, and how to have successful finances) and the like. Tickling itching ears, in other words.

As I believe I have quoted Os Guinness before: "He who marries the spirit of the age (relevance) soon finds himself a widower."

What is relevant today in terms of culture is not tomorrow. Only the unchangeable Word of Christ and His Sacraments are always and forever relevant.

Janis, By your description Pastor
Peters should have used the word
GIMMICKS, not the word relevant.

The problem with being "relevant" comes in the standard by which we define what is relevant. Is relevance what feels right or what inspires or what motivates...or is relevance being faithful to the Word of God?
Once the standard of evaluation has been established, then you can determine whether you are relevant or not. Example: every person who comes to church is a sinner; sick and in need of the healing of forgiveness. If the pure gospel is being preached and taught; if the Sacraments are rightly administered, then you can't get any more relevant to poor sinners.