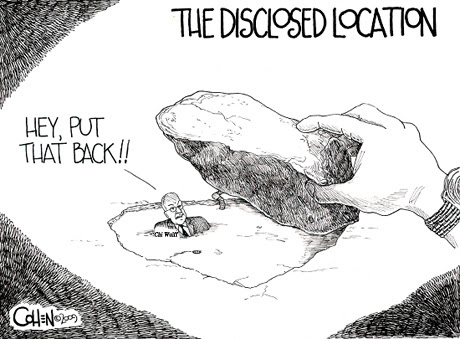 Unless you have been living under a rock, you have heard about friends with benefits -- friends who are not lovers but who hook up for sex when they get the urge.  In the Church we have spoken of this as if it were some evil out there in the world.  Maybe it is closer than we think.  Perhaps you do not even have to be friends to enjoy these benefits.  Even enemies can come with benefits.

As C. S. Lewis wrote in Mere Christianity so long ago, there are few of Christianity’s teachings more offensive, more unpalatable, and more likely to drive people away from a hearing the Gospel than the sexual ethic of the Kingdom.  Now it seems that those within the Church are not paying much attention to that ethic either.  In fact, one of the most influential voices of evangelicalism, Dr. Tim Keller, one of the great inhibitors of church growth and true spiritual revival is fornication.  One commentator put it this way:   Illicit sex is an idol in our generation that cannot be ignored, but must be dethroned if the worship of the true God is going to fill the Temple of His Church.

Respected authors are giving us a bleak if honest picture of things.  In Premarital Sex in America: How Young Americans Meet, Mate, and Think about Marrying, we read that perhaps 90% of young Americans will experience intercourse before getting married.  This includes Evangelicals, Roman Catholics, and even Lutherans.  According to Dr. Keller, one of the biggest obstacles to repentance for revival in the Church is the basic fact that almost all singles outside the Church and a majority inside the Church are sleeping with each other.  Just like sex became a signal problem in the Garden of Eden, it is the signal problem we face inside and outside of the Church today.

One of the biggest problems with God is that He has things to say about how we live our lives.  One of the biggest problems with the Church is that it seems the only thing we know to say is "No.  Bad boy.  Bad girl."  We have forgotten how to speak the yes of God's gracious intention in creation, of the nobility of the love of husband and wife which signifies the love betwixt Christ and His Church, and of the positive nature of holy living.  When we do, we make it sound about as crass as it can sound -- stop fooling around because there is something in it for you.  Is that all we have is an appeal to vanity?  There is something in it for you if you try to be holy?  Holiness is not a path to get what you want.  It is the fruit of Christ living and working in You by the power of His Spirit.  Holiness does not open new doors or self-fulfillment; holiness is the shape of our lives when God has declared us to be new in baptism and placed His Spirit within our hearts to teach us this newness.  It is not easy.  It is not painless.  But it is the path laid out for us by Christ Himself, forged through death by His own sacrifice, so that we might follow Him.  True Christianity does not give the false promise that you can have all you want with half the guilt.  True Christianity does not lie to us about the character of life in Christ.  True Christianity depends not upon gimmicks to tempt us into the right nor fear to keep us from the wrong.  True Christianity works through the means of grace to create in us new and clean hearts, to renew a right spirit within us, restoring to us the joy of our salvation, upheld in this way by the Spirit of Christ and of His resurrection.

It is not that sex is the problem.  It is that unclean hearts are the problem.  Repentance which has become emotional "forthiness" (to quote one source) or an attempt to renovate the heart by the use of the Law instead of the Gospel.  Christian life that has become too comfortable in the ways of sin and too fearful of the ways of holiness, truth, beauty, and virtue.  It is not enough to hate sin.  We need also to love good.  As long as we hate evil more than we love good, we will be caught in temptation, fall victim to temptation, and suffer its guilt and isolation.  Maybe in the beginning of Christian life we will hate sin more than we love good but maturity of life and growth in grace and in the Spirit will certainly lead us to love the good (Christ) more than we even hate the evil.  This is not merely a problem for those not yet of the Kingdom of God; it is the constant struggle of those who are of the Kingdom of God by baptism and faith, who live in but not of the world, who are declared righteous in Christ but are only becoming holy in small steps by the Spirit's power and Christ working in us.

Sex is the first place sin showed up according to Genesis.  It remains the back door to our hearts which the devil uses to attempt to screw up what God has begun in us.  Sexual immorality is one of the first places where those who call themselves Christian need to start in their quest for holiness under the tutelage of the Spirit with the power of God's grace at work in them.  Perhaps Keller has it right.  The Church has too long looked with a blind eye or spoken with a selective tongue to the desires of the flesh.  It is time for us to speak bluntly but positively both of evil and of good.
Posted by Pastor Peters at 6:00 AM

What are you talking about? Are you seeing something that's not explicitly in the text? Where does sex show up first? The first sins are those of idolatry and of standing by and doing nothing (which is really a species of idolatry); Eve is sure God is holding out on her (plus the small matter of wanting to be like God), while Adam stands there and lets thing happen. Please give citations.

Dub... Who told you you are naked asks God when Adam justifies running and hiding to avoid God...

Great insight. The problem is huge. The attention to it small. It has become culture, and that is seldom good.

Silly moderns, thinking naked = sex. There's much more to it than that. Finding oneself naked before God, and being afraid because of that, doesn't mean sex is involved; think on the robes in Revelation, on the call to put on Christ, etc., which are not about sex (and covering it up) but about being able to stand before God without shame because of sin (Gal 3:27, Rom 13:14, etc.).

Why after the disobedience was their first thought to cover up their sexual organs? Why did they run instead of showing themselves to God naked? The gift of sex had been corrupted. They could neither look at themselves or each other without their desires overcoming them and their guilt showing through. This is about sex as surely as it is about anything.

They didn't just cover their organs of generation; they covered themselves. To focus on one part of the whole misses the point: they were without cover, God would see their sin; yes, they hid some bits from each other, but they hid their whole selves from God (well, tried to) by staying off in the trees when He called even though they'd made clothing for themselves. This is about us as whole beings; sin is not, and should not be treated as, sexual at root. Cuz it's not. Is sex messed up by sin? You betcha. But it's not the root cause. I was wrong above when I said "Silly moderns." It would have been better to say "Silly Sons of Jerome", or "Silly Medieval People".