Getting from here to there. . . 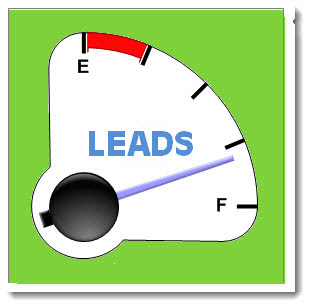 I read a while ago a title of a blog post from Msgr Charles Pope:  Good is not the enemy of better, it is its foundation...Those are wise and pastoral words and they apply to so many aspects and area of church life.  I wish sometimes we paid more attention to this wisdom instead of cursing those who have not learned to love the more sophisticated or grow frustrated with those who are not where we think they should be.

I hear from guys who go from the heights of theological conversation and wonderful worship in the seminary to a parish with people who love Gospel music and do not know the catechism.  I was there once.  It was terribly depressing to drive up to my first parish and the first year was a constant string of disappointments.  It was not the fault of the people there and I do not blame them.  I had unrealistic expectations and did not get the great divide between mature settings like a seminary or the church college system and parishes who have labored with limited resources and their own disappointments that led them to expect and be satisfied with less.  It is too easy to search for blame instead of seeing these as opportunities for growth.

In my case, I took what I had and worked with the people.  I tried to model the better but did not waste my time complaining about them or what they had come to accept as good.  Even though there were some who could not wait to strip the name "Lutheran" off the parish because they saw it as a hindrance and though there were generic hymnals in the pews instead of Lutheran ones, I began wherever I could to lead them from their "good" to something better.  Let me be perfectly clear here -- I am not talking about personal taste.  I did not impose my taste upon them.  I did work to reinvigorate their understanding and appreciation for what Lutherans believe, confess, and teach... and practice on Sunday morning.

In my own case, I was in my first call about 13 years.  They not only learned, they learned to love being Lutheran -- the catechism, the confession, the liturgy, the hymnal, the weekly Eucharist, the fuller ceremonial, the richness of the organ's leadership in song and chant, and the fuller role a choir designed less to entertain than to sing in concert with the pericopes...  They have continued in this pattern though I have been gone for more than 20 years.  They did not come around to my taste but learned and grew from the good within their experience to the better of a faithful and positive Lutheran expression of what we believe and how we worship in this faith.

The same is true where I am here.  When the parish honored my 20 years of service, it was with a full Divine Service, strings and harp and flute, choir singing Mendelssohn and Mozart, bishop preaching in cope, and a warm and delicious fellowship with good food and great conversation.  They were not accommodating my taste but reflecting what they had learned to appreciate -- good that was not the enemy of the better but its foundation, door, and path to the better -- and we have not arrived at a plateau here but are constantly striving for more even as we bring people on and teach the new so that together we can love this and not settle for anything less than our best for His glory!

Yes, we must often end things that are not salutary or that are unfaithful to our Lutheran confession and identity, but true change comes best when we lead our people to appreciate and love not only good,. but better.  In order to do this, we must be winsome and patient teachers and not cranky voices who know only how to say "no".  Lutheranism and, for that matter, Christianity, must learn to say "yes" to the better more than to say "no" to the good or even less than good.  This is not a battle of taste or culture but of truth, goodness, and beauty in service to the Gospel.  Nobody is born loving Bach or with a full complement of ritual gestures as their piety or with a full understanding of the catechism.  They grow in these even as we have grown.  It is not taste or culture that we are here to impart to our people but the fullness of the truth of the faith lived out within the beauty of the liturgy and music, and lived out in the desire for holiness and goodness in life and conversation.

Snobbery wins over no one and sneering at what you find will not endear your people to learning or growing from where they are to where they could be.  Pastors and parish musicians have much to learn in this area and, if we learned this lesson, we might find it easier to honor the good while leading our people to the better in our pursuit of the best for His glory.  Once again I have to hand the honor to Norman Nagel and the wonderful introduction to the Lutheran Worship hymnal:

Saying back to him what he has said to us, we repeat what is most true and sure. Most ture and sure is his name, which he put on us with the water of our Baptism. We are his. This we acknowledge at the beginning of the Divine Service. Where his name is, there is he. Before him we acknowledge that we are sinners, and we plead for forgiveness. His forgiveness is given us, and we, freed and forgiven, acclaim him as our great and gracious God as we apply to ourselves the words he has used to make himself known to us.

The rhythm of our worship is from him to us, and then from us back to him. He gives his gifts, and together we receive and extol them. We build one another up as we speak to one another in psalms, hymns, and spiritual songs. Our Lord gives us his body to eat and his blood to drink. Finally his blessing moves us out into our calling, where his gifts have their fruition. How best to do this we may learn from his Word and from the way his Word has prompted his worship through the centuries. We are heirs of an astonishingly rich tradition. Each generation receives from those who went before and, in making that tradition of the Divine Service its own, adds what best may serve in its own day – the living heritage and something new.
Posted by Pastor Peters at 6:00 AM