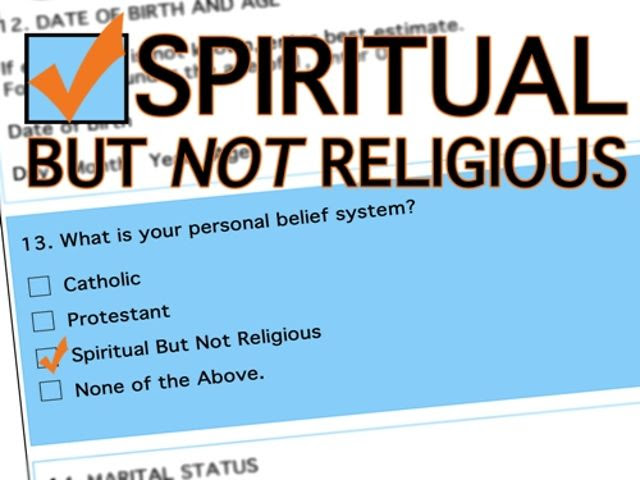 I am frankly rather sick of hearing from the spiritual but not religious and from those who insist upon a way of life rather than religion (all sorts of Christians included) here.  Religion has become an evil word.  Those outside the sphere of "organized" religion (as opposed to what? disorganized religion? that would be Lutheran!) complain about all the sins of religion and of the desire to purify its best characteristics into a spirituality devoid of doctrine.  Those within the Church complain all the time about not being interested in religion or making people religious (or even Lutheran! not that's an effective outreach value!) as if this were somehow antithetical to Christ.  I, for one, am not ready to ditch the word religion or religious.  Granted it has taken on some bad freight and is used in odd ways (I empty my bowels religiously every morning, lol) but there is much to commend in the word.

Religion is from the Latin verb religare which means to bind, to moor, or to tie up.  From religare comes the noun religio or obligation, duty, or that which ought to be done.  It is a popular Latin word family used often and throughout the ages of Latin usage.  Indeed, the very nature of faith is to be bound to, anchored in, and securely tied to the grace of God manifest in Christ Jesus, the incarnate Son of God.

As it happens, I heard just such a devotion not long ago.  The point of it was that Christ is too big to fit a religion and religion to doctrinaire to fit Christ.  We do not need a religion, we need a new way of life.  What might have had a brief moment of clarity, however, was lost in the dark muck of moralism in which Christ is mere ethical coach whose help and hope is to make you happier.  Whenever we make religion into a bad word and spirituality into a good one, it inevitably leads to a person centered faith that believes in nothing at all except me and the highest goal seems only to be happiness or pleasure.  Why we would want to ditch the word religion in order to find a bridge between Christ and such over sin-centered selfish pursuits is beyond me.

As it happens I am content to call Christianity a religion -- no, that is not quite right.  It is THE religion, the ONLY religion and apart from Him there is none other.  I know of no Christianity that is not rooted and centered in the Church, the assembly of those whom God has called, gathered, enlightened, and sanctified through His Word and Sacraments.  I can no more lead people to a faith without its expression in the Church than I can have Christ without His cross, Christ without His presence through the means of grace, or Christ without the gift of radical new life now and eternal life beyond imagination to come.

Truly I do not want a Christ who has no church.  I have plenty of ideas and thoughts and feelings on my own; I do not need Christ to add to them.  I need something concrete and real, something that changes not amid the changing world, one truth that is yesterday, today, and tomorrow the same.  I need a community of people wherein Christ works to drown us to sin and raise us to life, wherein His voice still speaks and that speaking still works what it says, and wherein His table is still set in the presence of mine enemies to feed me the bread of heaven and the cup of salvation.  I do not need an idea of Jesus but the real Jesus rooted in fact and history yet transcending it with the life death could not contain.  I need this Gospel and the Holy Spirit who works through its proclamation to awaken faith in my dormant heart too prone to despair.  I need the God who has bound Himself to me by the cross so that I, by the Spirit's guidance and aid, might bind myself to Him.

I need religare and religio.  The world is too full of vagaries and lies.  I need truth you can see, touch, eat, drink, etc...  I need religion and it is religion Christ has come to bring -- religion not the fruit of my misguided search for reality and meaning and truth but God's breaking into His sin captive world living in the shadow of death with the truth that sets the sinner from his bondage, enlightens the darkness, and manifests the one life stronger than death.

You cannot have Christ without the Church.  The Church is not some institutional baggage that is optional for those who want to travel light.  The Church is precisely the arena in which Christ reveals Himself to us, makes Himself accessible to us, bestows upon us the fruits of His saving death and life-giving resurrection, makes righteous and holy that which is evil and profane, and nurtures us to eternal life.  Some may find that religion is an institutional term at odds with an age suspicious of institutions but I think that is merely the lie we tell ourselves to justify our own indifference to His Word.

Christ is not come to teach us a new way of life (moralism) or to declare our sinful ways just (humanism) or to divide the spiritual from the physical (dualism).  Christ has come to redeem us from sin, death, the devil, and our own sinful selves.  He has come to kill what was already dead and make alive that which was not until He gave us life.  He has come to place us within the sphere of His Kingdom, on earth the Kingdom of Grace, the Church, where He still rules and reigns through the means of grace.  He has come to free us from our self-inflicted bondage to bind us to Himself by the power of the Spirit.

Mark me spiritual and religious.  That is what Christian is.
Posted by Pastor Peters at 6:00 AM

The people in Noah's Ark are to be known as RELIGIOUS, that being said the ones not in the Ark might well have been drowning spiritualty........

Thank you Rev. Peters. As the Church sings, day by day:

“When you took upon yourself
to deliver man,
you humbled yourself to be born of a virgin.
When you had overcome the sharpness of death,
you opened the kingdom
of heaven to all believers.”