The word is gone but not the reality. . . 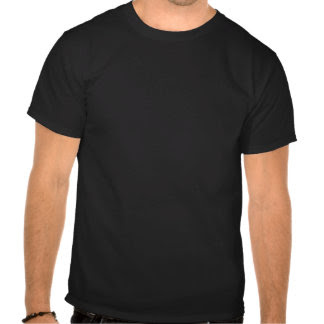 When was the last time you read or heard the word illegitimate applied to a child conceived out of wedlock?  Of course it was a long time ago.  We don't talk like that now.  The numbers of illegitimate children are vastly approaching the numbers of legitimate ones so it seems impolite to make a distinction which affects that many.

There is another word, much less kind, which we still use but we mean something different.  Bastard was once a perfectly respectable though unkind word for the illegitimate.  Now is a perfectly respectable word to us as an insult against someone who has done us wrong.  That word is far more frequent than illegitimate even though we mean something different by it than it once meant.

Marriage has become so unrelated to children and child-bearing that children out of wedlock do not even merit a shrug of the shoulders.  I cannot tell you how many people I know who have had children with several people none of them a spouse nor were any of them ever intended to be a spouse.  Ask any Pastor about the weddings planned so that the illegitimate children of one or both parties occupy one of the official roles in such affairs.  Or ask any Pastor about conducting a funeral (should I have said celebration of life?) for an individual who had many children but perhaps only one or maybe no spouse.  Obituaries have become strange literary endeavors to legitimize the illegitimate even though no one seems really to care.  Even artwork on our grocery items acknowledges this painful reality.  When I dip my hand into Kroger chips to satisfy my salty cravings, the picture on the front shows a family with children of different races -- and I do not think Kroger is encouraging adoption.

Sadly, we are so accustomed to illegitimacy that we now speak of fatherhood and motherhood almost exclusively in terms of the relationship to the child and not even incidentally in terms of husband and wife.  Perhaps a third of the children in most cities in America grow up in a fatherless household.  That translates to something like 10% of our total population.  The percentage is dramatically higher in black and Latino homes.  Some have been troubled enough by this circumstance to try remedies that might increase a fatherly presence.  I can think of one simple one.  Marry the children's mother!  Ah, but that is far too radical!

The lies we love to tell are the ones that mask an unpleasant reality.  If we stop talking about illegitimacy, there will be no more illegitimate children.  Every child missing a parent knows what he or she is missing.  Every child missing a parent would choose, if they could, a home in which mom and dad were both present.  There is a way to achieve this desired result.  It is called marriage.

Funny how we spend great effort and energy trying to remake society on behalf gays and lesbians, a very small percentage of the total population, but we expend hardly any capital on the prospect of dads and moms married and living together.  But, of course, that presents with a problem -- which dad and which mom should be married when the dad has had many children with women not his wife and mom has had many children with men not her husband.  Ahhhh, it seems that the problem Jesus encountered with the Samaritan woman has grown in complexity and we have decided that the only real solution left is to refrain from any labels that might speak truthfully of the situation.  Whatever happened to "go and sin no more?"

Now let me make this perfectly clear.  Illegitimate children proceed from illegitimate parents.  I do not mean this to punish the children but to awaken the adults to their lack of adult and responsible behavior.  One of the best things a dad can do for his kids is to marry, to remain married to, and to be faithful to their mom.  Moms likewise to their children's dads.  It is sad that this has become a novel idea.
Posted by Pastor Peters at 6:00 AM

While I think I understand what he means to communicate here, I can think of many other adjectives to apply to the parents, such as
self-centered,
immoral,
short-sighted,
uncaring,
thoughtless,
live-for-the-moment,
ignorant,
etc.