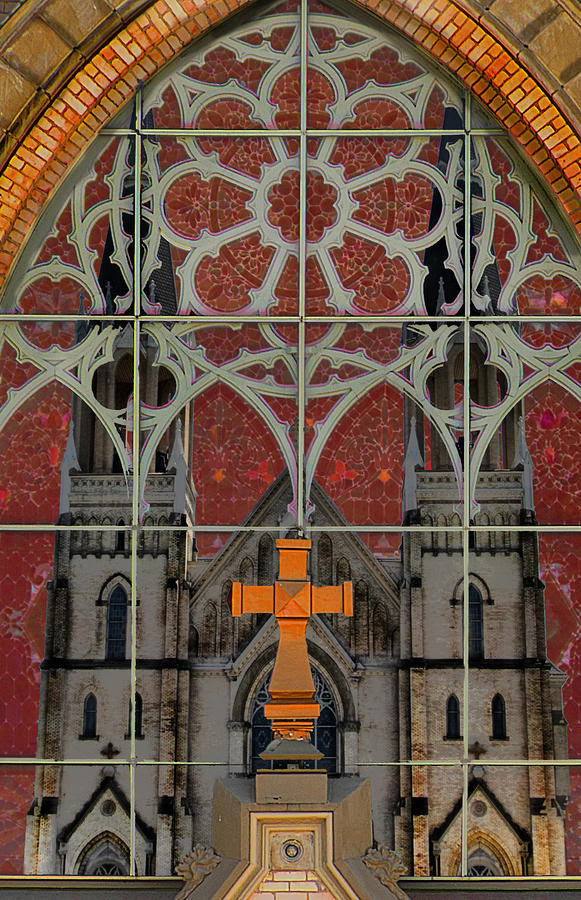 One of the terrible consequences of our speech is that we change the meaning of words -- sometimes intentionally but other times inadvertently.  So we live in an age in which the word Christian has become mere adjective.  There is Christian music, Christian film, Christian literature, etc...  The word Christian has been reduced to a mere adjective to describe a sub-category of something within a larger category that must be neutral.  So, for example, music is neutral to Christianity except for the sub-category that is described as "Christian" mainly to distinguish it from other sub-categories.   Even then, it is not enough.  We have taken nearly every secular species of music and made it a sub-category of the sub-category "Christian" music -- like Christian rock, pop, rap, etc...

Christian music has become a small section of music in general.  Hmmm...  Take and compare that with the way music is seen in Scripture (even just the Psalms).  Music is itself created for God's glory and for duty within the worship services of His people.  This is no sub-species of a generic identity but quite the reverse.  Music apart from the service of God is the sub-category (no matter how large or small the number represented in each).  Yet this is not how we think today.  Christian has become a mere adjective to describe a small division within the generic identity called music.  How screwy is that!

The music of worship has then become synonymous with a playlist.  We play what we want and like.  The service of music in worship has less to do with its relation to the liturgy, its reflection of the pericopes, and its creedal character and everything to do with taste.

Christian music...  You can take a secular song, substitute a few words, and voila!  It is "Christian!"  Example?  Take Marilyn Mason, do a little minor surgery and you have "Christian" music (or at least that is what some people think it is).

An adjective applied to a few word changes... Yes, it is an egregious example but that is my point.


Or, do it another way.  Create a song in which the meaning is hidden, without obvious reference to Jesus, in a style of a love ballad, and sing it as a "Christian" song that can be taken various ways, enhancing its appeal.  It is the way we take a generic love song and use it within the context of worship, singing to Jesus as if He were lover more than Savior, complete with all the semi-erotic imagery that appeals to youth.  It is a "Christian" song only because the writer says it is.  She has written a "Christian" song and so intention becomes the driving definition for what the adjective 'Christian" means.  In this example the song is highly popular, much better done than the previous example, but equally as dangerous.

As one author put it:

Praise bands replaced many traditional choirs in part because church musicians were not always conscious of their own assumptions. They listened to car radios while driving to rehearsals. Like everyone else, they smiled at the playful grunge of “Spirit in the Sky” and the crypto-Christian bonhomie of “Get Together.” Hook-laden songs on the FM dial were more fun to play than old-timey hymns that required little or no instrumental accompaniment, and so garage bands at every conceivable talent level reasoned that only cranks would be critical of Sunday services enlivened by rock, jazz, and reggae rhythms.

The terrible consequence to Christianity is that we have become unhitched from our past, captive to the moment in ways that leave us orphans, subject more to the influence of culture than our own tradition and identity so that Sunday morning has come to define us more than our confessions, creeds, and history.


Rocking for Jesus was easier than reworking gems like “Holy God We Praise Thy Name.” In self-consciously “seeker friendly” congregations, bias against traditional hymnody was justified on the grounds of meeting potential churchgoers where they were emotionally. That rationale for praise band dominance meant that worship leaders were unwittingly abrogating to themselves an outreach that belonged to the Holy Spirit, but anyone who questioned the bias toward concertizing was more likely to win a sympathetic hearing among “high church” Christians than among people wary of all things liturgical. Even in denominations whose musical patrimony reached back centuries, praise band adherents defended the making of “joyful noise” and the recycling of secular style by noting that King David danced before the Lord. King David’s dance became an argument ender, despite the fact that treating it that way meant overlooking the differences between, for example, a Passover meal and what the Second Book of Samuel describes as an epic procession involving thousands of Israelites who were transporting the Ark of God to Jerusalem.

The developments sketched above emboldened pastors whose emphasis on “relevance” catapulted anything old into the memory bin.

What needs to be rescued is not "Christian" music but Christian as an adjective that can be used to redefine, adapt, and accept that which is inherently non-Christian only by changing a word or adapting a style.  What happens in the music of the Church will most certainly transform and reshape the theology of the Church.

"...meeting potential churchgoers where they were emotionally."

Since when has Christianity (not an adjective) or the Lord pandered to nonbelievers' emotions? We are met where we are as sinners, not consumers buying a product. God mercifully met our fallen, sinful selves (where they were) in the Person of Jesus Christ, His own Son. His perfect life, bloody death and glorious resurrection have secured our salvation from ourselves only as a 'side benefit of being saved from God's wrath.

I am so fed up with seeker sensitive folk wanting Church to be for unbelievers.

"...we take a generic love song and use it within the context of worship, singing to Jesus as if He were lover more than Savior..."


This is why I, as a man, hate contemporary worship music in my LCMS church. No real man would ever sing along to such lyrics.

Look for the log in our own eye, indeed!

Do you think I find it any less objectionable when Lutherans approve or use it than when others do? I was not aware of this song being used at the NYG but I find its lyrics to have the same weakness I mentioned in the post. Never have I said that because some Lutheran does something it is okay. We have our own errors, public ones, that we have to account for as well as those of Christianity in general to answer for...