No Liberalism in Lutheranism. . . 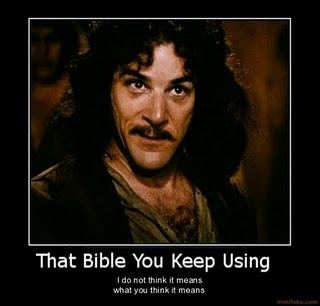 We often greet one another with question "What's new?"  It is often the question that relates to the Church.  "What's new at Church?"  On one level, it is the request for news.  We are newsy people (or is that nosy people) and we don't want to be left out or the last one to find out something.  On another level, it is the inclination toward what is new or novel.  It attracts us.  We are drawn to the new even when it is curious or specious.  It is because it is new we give it place, even priority.  "What's new" has already defined what is interesting but it offers us a question that can seldom be definitively answers.  Instead it launches us on the pursuit of an endless parade of trend, fad, novelty, trivia and fashion -- none of which has yet shown any staying power.

In the Church "what's new" ought to be countered by "what's best."  What befits the Lord is not what is new but what is best, what is true, what is good, what is eternal.  Yet it is newness that has been the constant affliction for Christianity, a church too often enamored with a moment while dismissing the treasure of yesterday.

Lutheranism disdains that which is novel.  We refuse newness.  At least the Lutheranism of our Confessions.  I am not so sure about us as Lutherans.  But in our Confessions we claim the Mass, we claim the Fathers, we claim the Word yesterday, today, and forever the same, etc...  We claim to REnew the catholic faith, not to re-invent it.  We do not lament that God has been absent from His Church (as some of the radical reformers seem to have done).  We call the Church back to Christ who changes not.

Some have used Lutheranism and the Great Reformation as a spring board for many things that the Confession refuse.  One of them is the idea of personal Biblical interpretation.  The idea is that the Bible says what I say it says and no one can tell me it doesn't.  That is certainly the right guaranteed to Americans but it is not the right nor the domain of Christianity nor Lutheranism.

Check out this wonderful preface to the "Corpus Doctrinae" or "Body of Doctrine" of the Church order of Julius, Duke of Braunschweig-Woelfenbuettel, written by Chemnitz (1569)... (translation by
Smith/Corzine/Harrison)  You may read the longer quote on the Mercy Journey's site.

Neither may the holy Scriptures be bent, twisted, or perverted to pre-conceived notions according to one’s own pleasure, for Scripture does not stand on anyone’s own interpretation (2 Peter 1), but rather it should be accepted in its simple understanding, as the same is given by the clear, lucid letter, and as one saying of Scripture explains another iuxta analogiam fidei (according to the analogy of the faith), as such regulae de interpretatione scripturae (rules for the interpretation of scripture) are set forth by Irenaeus (lib. 2, cap. 46 and 47), Jerome <91>(19 caput Isaiae), and Augustine (libri de doctrina christiana).


We are quite pleased to accept the right, ancient, catholic consensus on the right, true understanding of the holy Scripture, as the same is composed in the most ancient creed, which is called the Apostle’s Creed, which Tertullian calls regula fidei, a rule of faith. Later the dear fathers drew together out of the holy Scriptures the chief parts of pure Christian doctrine against the heretics in certain short creeds, that is the Nicene and Athanasian creeds, when great controversies and horrific fanatacisms appeared. For these same creeds are not external to or against the Scriptures, but rather are the right actual understanding, indeed the blood and marrow[2] of the holy divine Scriptures.
_____________________
[2] krafft unnd safft.
Posted by Pastor Peters at 6:00 AM

Indeed, we do NOT need a new reformation, but to RE-FORM ouselves around the Truth of Christ freed from tyranny and oppression in the Reformation. Sola Fide + Sola Gratia + Sola Scriptura! Amen!

The so-called "historical critical" method of interpretation is alive and well in most of modern America's churches. The fact that this is in direct conflict with your quote from 2 Peter does not phase most today. We fancy ourselves advanced, sophisticated, and above simple believe without questioning, probing, and seeking to disprove. Sad.

I would love to see good and therefore encouraging news about the LCMS. Ever since Pastor Harrison was reelected to a second term, I have not found anything encouraging. Where is the good news that the LCMS has solved any of these problems:

Where is the good news about the LCMS?

Lutherans may claim the fathers, but the fact is that Lutherans claim the fathers inasmuch as they agree with what Luther says. Luther is the measure by which doctrine is kept or thrown out or changed and the church fathers are used to prop him up, not the other way around. Keep deluding yourselves, Lutherans, that you have inherited and keep the consensus patruum. You don't because if you did, you would not be the mass-hating, iconoclastic, anti-Marian, anti-Liturgical, anti-historical religionists you currently are.

No Lutheranism in Liberalism:

Still advertising itself as Lutheran

Anonymous said:
Luther is the measure by which doctrine is kept or thrown out or changed and the church fathers are used to prop him up, not the other way around.

I say:
You do not know Lutherans since no Lutheran is ever bound by nor does Lutheranism define itself by Luther. Only the Confessions. Luther said great things, good things, oh, well things... but Luther is not the arbiter of things Lutheran.

Luther good or bad is Luther. Lutherans bind themselves to the Lutheran Confessions - this is what Lutherans believe, teach, and confess...

The Steadfast Lutherans website has poisoned my trust in the LCMS.

Task forces are nice, but will decisions be made and implemented before the decade is over. What if the districts decide to ignore the (nonbinding?) Synod recommendations.

What is to keep the districts from continuing to offer programs that duplicate or conflict with Synod programs?

As a disaffected LCMS layman looking from the pews, I have yet to notice any positive changes for any of the issues raised. Decades of LCMS rot have turned me into a "doubting Thomas." I am tired of the infighting within the LCMS. It would be nice if Synod could throw the media a positive crumb once in the while, that's all.

I think we want the same good things to happen for the LCMS. I am sorry for my impatience. Please tell us laymen some good news for a change. Thanks.

Third, we have a goodly number of faithful DPs and are making progress in replacing DPs with men of confessional and theological integrity -- the Mid South District for one example!

Fourth, we are sending forth more missionaries than we have in some years and these men are committed both to the Confessions and to long term investment in the mission field.

Fifth, we continue to enjoy great leadership from the Ft. Wayne Seminary, CPH, the BoD, and the elected boards of Synod.

Finally, we have people who will not let this movement slow or detour.

If it is like anything else humans distort, the problems addressed above did not happen overnight. Nor will they be solved in short order.

Christ has promised the Gates of Hell will not stand against His Church; neither will programs, "rogue" district presidents/congregations. All the individuals that make up Missouri are simul justus et peccator (obvious).

We hold to The Confessions because they are the correct understanding and interpretation of the Word. That is neither politically correct, or post-modern.

Unknown, don't you have an indulgence to purchase? Sheesh...