Do you hear the people singing? 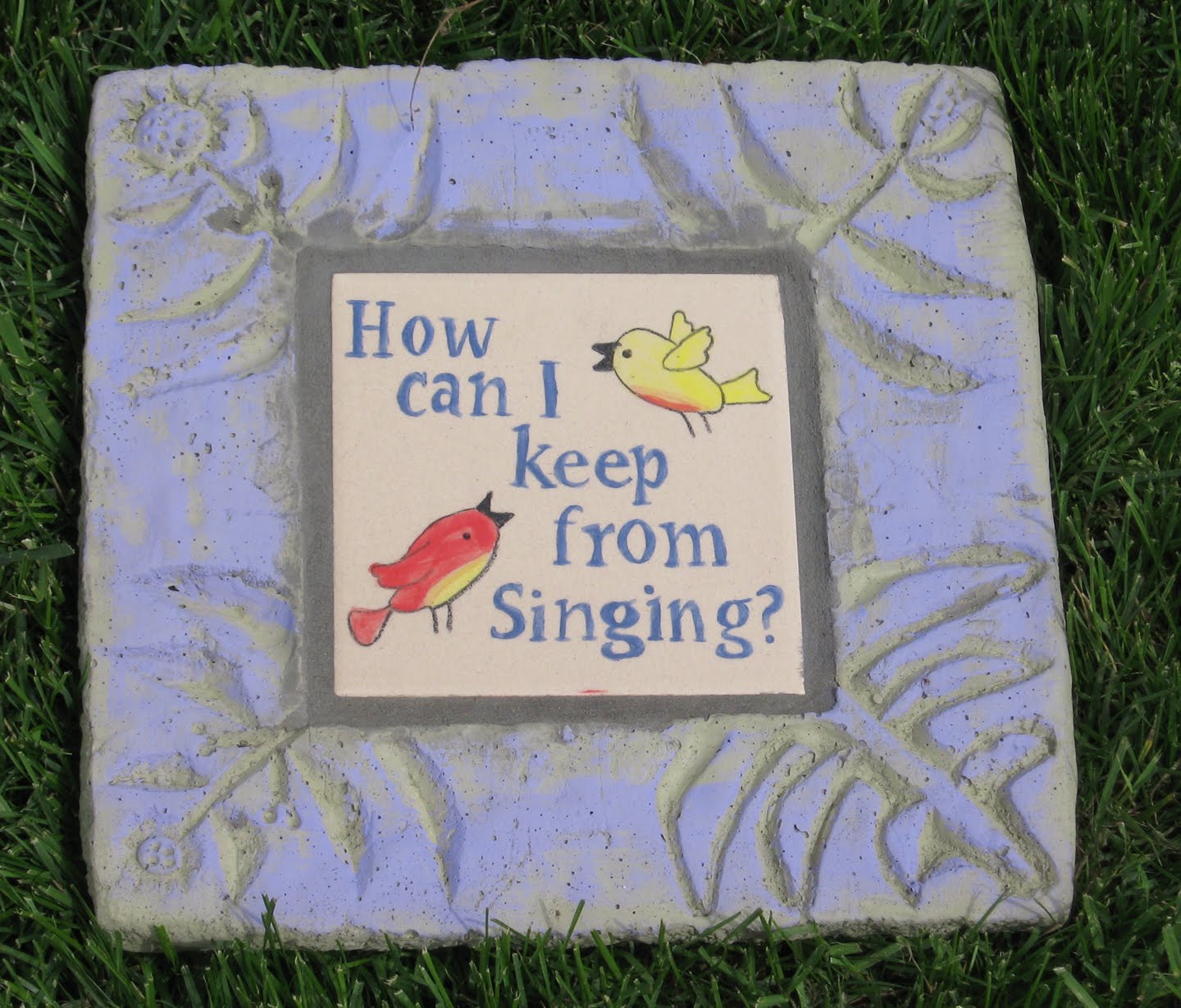 Do you hear the people sing?
Singing the song of angry men?
It is the music of the people
Who will not be slaves again!
When the beating of your heart
Echoes the beating of the drums
There is a life about to start
When tomorrow comes.


In the wonderful movie adaptation of Victor Hugo's Les Miserables these lines are sung just before the battle begins.  Do you hear the people singing?  Well, I am sure there cannot be more than a few folks in the entire world who do not know its melody.  Powerful stuff...

In Acts 16:16-40 we read about singing.  About midnight Paul and Silas were praying and singing hymns to God, and the prisoners were listening to them, and suddenly there was a great earthquake, so that the foundations of the prison were shaken. And immediately all the doors were opened, and everyone’s bonds were unfastened.

Singing was once the hallmark of Christians both in worship and in witness.  Music, if it has any purpose whatsoever beyond personal pleasure, is given us to raise songs to the Lord in praise and thanksgiving for His grace and favor.  But not so much anymore. . .

Christians today more often hear others sing than sing themselves.  Liturgies that were once mostly sung are now mostly spoken.  Hymns have given way to praise songs.  Choirs to worship divas.  The world does not hear us singing like it once did.  There is something wrong here.

Why do so many Lutherans stand with mouths shut as some around them sing but they do not?  Why do so many of us struggle with words and notes to the great hymns that were once sung without heads in a book?  Why is hymn singing limited to the first, third, and fifth stanzas of hymns that once sang out all 15-20 stanzas?  Why do we follow the bouncing ball on the screen for a repeated refrain instead of raising full voice to the hymns and spiritual songs that once caused a world to stop and listen?

I have little patience for those who do not open a book or their lips on Sunday morning.  Sometimes I have to look away from the people to keep my composure.  And our congregation sings better than most!  I have been in churches where I was sure I was the only one singing.  Yes, acoustics are often targeted for control of sound (meaning amplified sound) and so the rooms in which we sing do not echo the sound of our singing like they once did.  But that does not explain why we are content not even to try to sing.

Don't tell me you cannot sing!  You sing the complicated lyrics and melodies of pop music or Christian contemporary artists.  You can sing the jingles of a thousand products advertized on TV and radio.  The melodies of the vast majority of hymns are easier than these and the multiple stanzas give you the chance to learn what you might not have known in the first stanza.  Sing people.  Try it -- not with the timid voices of the uncertain but with the confident voices of those who know the grace and mercy of God.  Sing the story of His love.  Sing the Gospel to a world still captive to sin and its death.  Sing the hope that is in you.  Sing to your children, with your children, and they will sing in your place when you are gone.

I could throw a hundred Bible passages at you to compel you to see how the Lord expects, anticipates, and is glorified by the songs of His people (singing back to Him what He has said to them -- the surest word of all!).  But I truly think the most powerful is from Acts 16.  Do you hear the people singing?  That is what the jailer and his family work up to ask.  They heard.  And before the night was through, the song of Paul and Silas became their own.

Since lip-sync is popular with rappers and pop singers (it's even gotten some of them in trouble), why can't we do the same if our voice is either awful or non-existent?

Personally, I think there is a brain-mouth disconnect. All those big theological words, and those - doctrines - (sorry for the rude language) that dwell in the heart of Lutheran hymnody are too hard to learn. Our brains/hearts don't or won't connect to our tongues. Is this a sin of omission since the tongue is the great evil of which James speaks? Keeping it still when it should be active is as wrong as wagging it when we shouldn't.

Many of us don't want to make our brains work when we sing. That's why so many (who would never) love lewd or rude songs. Once they know the words, they're shocked.

The rest of us are aware of pop lyrics. They're not too complicated; compare their vocabularies with that of hymns. It's either fear of learning Truth (which might condemn us - Law, or forgive us - Gospel) or simple laziness, the result of our ennui.

I have had some musical training and consider myself to be a good singer. When these pop songs come on the big screen and the band is playing something other than a melody that one could pick out, I start to look around at the congregation and I too often see others like myself just standing there respectful but totally confused as to where this is going. I will take a hymn ANY day - even some of the more obscure ones and try my best to sing them, but words on a screen and no notes to follow and a band playing so loud I can't hear myself or anyone else, and drums that make me feel like I am in a lounge, well I just want to turn in my Lutheran name tag I've worn so proudly all my 66 years and go elsewhere. The only thing that makes me feel less upset is that I am not the only one judging from the few people I see actually singing these pop songs. Unless you are familiar with them from listening to them on the radio or other venue, they are not meant for corporate worship and isn't that what we are in church for?

I think you grossly overestimate the musical abilities of people. Singing along to a pop song or something on the radio DOES NOT immediately transfer over to singing the hymnody of the Church especially since that music is more complicated, involving modulations into alternate keys which most pop songs do not have. Even Bach lamented in his day that he did not have the choir forces to sing at all 5 churches in Leipzig (at the same time for the same Sunday services) because many of the choristers simply did not have the musical ability or talent to sing his settings or the established settings of the Lutheran liturgy. And we expect differently today?

For my part, in my musical tradition, I would prefer people do not sing simply because the Byzantine chant of the Orthodox Church is not based upon western, even tempered scales. WHen people try, it sounds awful.

There is nothing wrong with people praying silently with the hymns. To say they are not participating is insulting. I guess a deaf person not singing, in your mind, would not be participating or giving thanks to God. There is an inherent danger with the rigidity of many clergy, Lutheran and other, who insist that people sing. If they can't, they shouldn't. We don't expect non-teachers to teach nor non-preachers to preach nor non-doctors to heal. Music, like anything is a gift and not everyone is given this gift. It is high past time that clergy come to realize that!

If you want to correct that, then people need music education, plain and simple. They need to be able to read music. They should be trained in some sort of musical instrument, whether it's the therimen or the piano or simply their voice. That's how you correct the issue, not simply by telling and yelling at your congregation while pounding on the pulpit, "You need to sing, damn it!"

A joyful noise to the Lord does not mean toleration of cacophony. Good order in the church which is essentially synonymous with beauty, should be preserved as the Lutheran Confessions go to great length to insist that is exactly what the reformers were preserving.--Chris

Worship is prayer put to song.

Having stated that, what does this mean when debating contemporary worship versus traditional hymns in the Lutheran church? Nothing compares to the beauty of The Order of Matins. Much of the material is strongly based on King David's (or was it King Solomon's?) praises to God:

Worship does not get any more "relevant" i.e., more biblically authentic than that.

Isn't biblical authenticity the true definition of relevance regarding worship? I would love to see LCMS pastors reach a consensus regarding the term "relevance." What does it mean for worship to be "relevant."

Would you believe that my LCMS pastor recently told me that "hymns are for old people" and "contemporary worship is the future" of the church. I am now asked to substitute well thought out Theology of the Cross songs with Theology of Glory songs that are very loosely based on the bible. If worship is prayer put to song, I am therefore told in a contemporary worship service to pray in a vague, general, unfocused way - because that is how the non-denominational mega churches in town pray.

I can recall as a boy standing next to my mom in church on Sunday morning. We sang from the 1941 Lutheran Hymnal and later, from the LW hymnal. Decades later, I stand next to my wife and kids on a Sunday morning in a different Lutheran church and sing many of the same hymns. I can still hear my (now deceased) mom's voice from memory as I sing those hymns.

Pastor Peters: Your congregation must really stand out from the other churches in the area. No one can sing as beautifully and as reverently as the Lutherans during the Divine Service. What kind of impression have hymns left on non-Lutheran visitors?