A case for God? 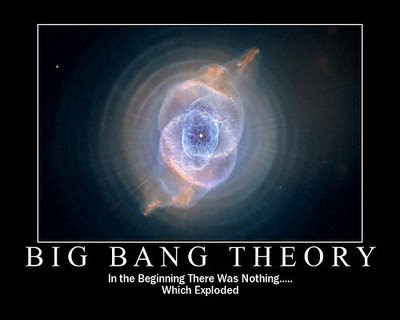 So many Christians have surrendered the idea of a creation that in any way resembles the Genesis story that it seems foolishness to contend for God at all.  Our children are taught from early on that creation was merely a set of accidents that could likely have happened or still happen elsewhere and that evolution is the only reasonable explanation for what is.  Even Pope Francis appears to have consigned God to merely a prime mover in a movement that more or less conforms to the usual parameters of evolutionary theory.

So it was with interest I read an article one of my members slipped into my church mailbox.  Writing in the December 26, 2014, edition of The Wall Street Journal, Eric Metaxas suggests that it is science itself that making the case for God and intelligent design.  Whether this leads us closer to accepting the accounts of Genesis or not, it is a welcome perspective.

Metaxas recounts the 1996 Time magazine story asking if God is dead and a story the same year in which Carl Sagan indicated that the two criteria for a planet to support life were the right kind of star and a planet the right distance from that star.  With roughly an octillion planets, it would have seemed likely that a septillion of them just might be able to support life.  So the stage was set for us to look, listen, and wait.  More than 20 years have passed and what changed?  Well, for one thing, the number of factors necessary for life changed from 2 to more than 200 parameters.  In other words, the odds of finding another one are almost none and the very existence of earth and the life we find here illogical.

So who can account for it all?  Accident?  Random forces?  Or. . . more?  Now scientists are beginning to think that the parameters to support life happened not gradually but almost immediately after the proverbial "big bang".  Second, altar only one of the many values that must be fine tuned to explain what exists be even the tiniest of fractions (say, 1 in 1,00,000,000,000,000,000) and there would be no stars at all!

Fred Hoyle, astronomer and coiner of the term "big bang",  is quoted as saying his atheism was greatly shaken at these developments.  Paul Davies, theoretical physicist, thinks that the appearance of design is overwhelming.  Oxford Professor John Lennox says that more we learn the more credible the existence of a Creator.

So it seems that life is not simply random at all but requires such a unique set of parameters that it is more reasonable to presume a creator than to assume it all happened randomly... Hmmmm. . . I am feeling a little smug right now. . . Are you?
Posted by Pastor Peters at 6:00 AM

Many Christians remain literal Creationists despite the atheistic and Darwinian views prevalent for many decades. Some Christians indeed attempt to combine evolution with their faith, but that will not work simply because they must then deny the truth of the Bible. In denying Genesis, they will then easily discard other parts of the Bible just as quickly. I am an unapologetic Creationist. Faith in God trumps faith in Darwin, who speculated about origins in areas he knew nothing about, and Dawkins, another great mind reduced to unproven theories. I also dislike Christians accepting the terms "higher power" or " Designer" when it is simply God....not some strange "force" which created our world and universe, and all things....as He declares in Genesis.

Thankfully, there are a few scientists who are and will be shaken at these developments. Unfortunately, men hate the very idea there might be a God, much less a Savior in Jesus Christ. Scientists will largely be unconvinced; as much unconvinced as Archaeologists. The further we dig, whether in the dust of our Earth, or the dust of the Stars, the more men despise God and His Christ. The old saw about, "none so blind as those who will not see" rings true.

The Book of Nature is an isufficient guide to truth, hence Psalm 19's break at verse 7. If only Lutherans would get over their aversion to presuppostionalism...