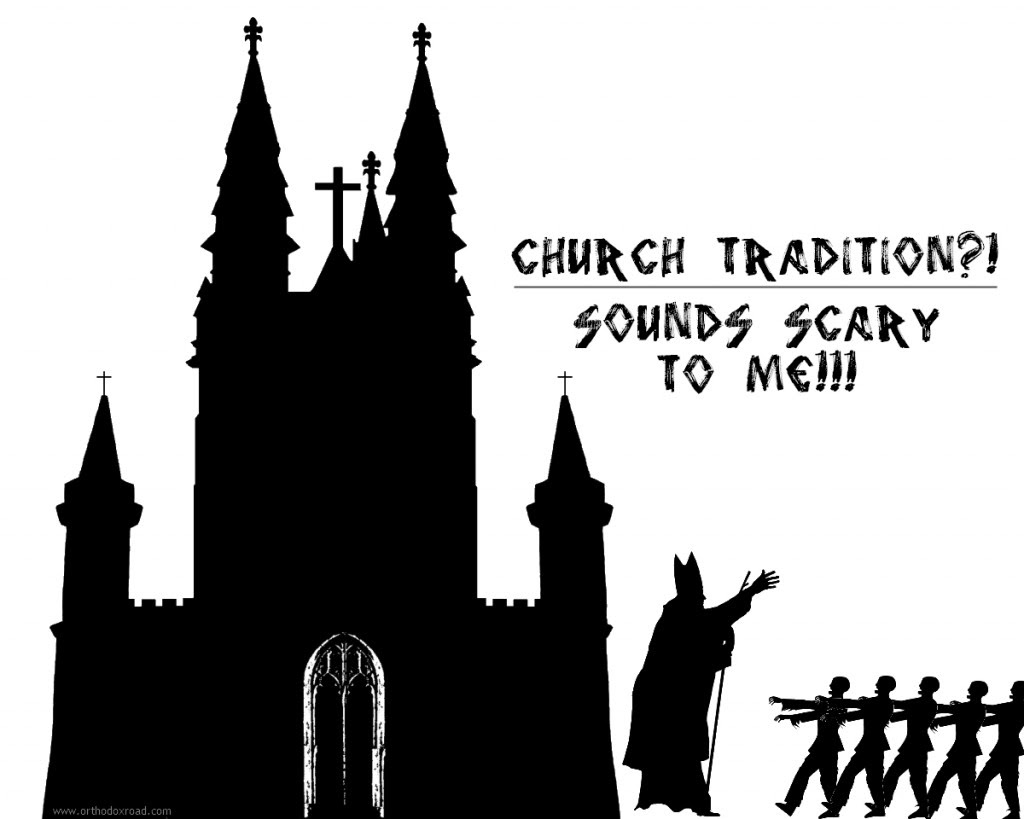 Every now and then one grows weary of agitating for the voice of the fathers, for the tradition once delivered to the saints, and for the witness of catholicity in our ever changing world.  The world cries "modernize" and the church growth gurus warn us to "change or die" and the pundits ridicule us "this is not your grandfather's church".  Many Lutherans have listened too closely to the naysayers and openly disdain the confession and liturgy of their fathers.  Some claim the Spirit is doing a "new thing" and others insist that relevance is the issue.  In any case, the role of the pastor has been cast in the evangelical direction.  He has become the chief vision caster, the agent of change, and the one to usher in the new paradigms that will save the church and redeem Christianity from obsolescence.

Never mind that Jesus complains that the Pharisees had departed from true tradition and substituted the commandments of men for the ancient and abiding truth of God's Word.  It was St. Paul warns against just this when he charges a young pastor to guard the sacred deposit and follow the pattern of sound words heard from him.  It was St. Paul again who insisted that that Thessalonians stand firm, do not depart from,  and hold to the tradition they were taught.

Never mind that the perspective of the Augustana was that the signatories had not departed from the catholic faith -- not in doctrine or practice -- but that the Romans had succumbed to innovation and novelty not taught in Scripture and not present in the clear witness of the fathers.

But Lutherans are not the only ones in danger of the temptation to the dark side of modernity, change, and adaptation.  Now some think that this is exactly what is happening with Francis and Rome.  Some are charging him with changing doctrine instead of preserving it.  I am no insider to Vatican thinking or gossip but it seems clear that the charge is not frivolous.

Cardinal Joseph Ratzinger wrote: "After the Second Vatican Council, the impression arose that the pope really could do anything ... especially if he were acting on the mandate of an ecumenical council ... In fact, the First Vatican Council had in no way defined the pope as an absolute monarch. On the contrary, it presented him as the guarantor of obedience to the revealed Word. The pope's authority is bound to the Tradition of faith ... The authority of the pope is not unlimited; it is at the service of Sacred Tradition."
And this is what Vatican I had defined: "The Holy Spirit was not promised to Peter's successors so that by its revelation they might disclose new doctrine, but, so that, by its assistance, they might devoutly guard and faithfully set forth the revelation handed down through the Apostles, i.e. the deposit of Faith".

What Ratzinger said of the papacy and Vatican I is surely reflective of the charge every Lutheran pastor is given when he is installed into a new parish -- guard the faith and the flock over which the Holy Spirit has made you bishop...  In awe over business models and structures, we have forgotten that the primary role of the pastor is to guard the faith and the flock.  Instead we have endowed him with new responsibilities and burdens which are not only beyond the purview of the office he holds but unfitting for the ministry and the church.

We have made him responsible for the earthly success of the church and judge him faithful not on the basis of the doctrine entrusted to the apostles nor on the pastoral care of the people through the means of grace but on whether or not statistics improve.  We have separated the priestly from the prophetic and charged him to be the agent of change either to modernize the church to better fit the changing world around us or to abandon the catholic faith if it conflicts with the new places and new things some think the Spirit is doing.  We have expected him to crystal ball into the future and cast forth a vision of where the church needs to be and what the church should look like in that future.  We have determined that his job is to meet the felt needs of the people, satisfy their wants and desires, and entertain them into blissful contentment with the moment.

Somewhere in this mess Lutherans and many others have forgotten the chief charge to the pastor to guard the faith and guard the faithful by preaching and teaching God's Word in season and out and administering the Sacraments as Christ intended and instituted.  Even Rome is not immune from the great temptations to hang the success of the church on her leaders or to see the leaders as the ones who must change the church according to the demands of the world (instead of the duty to Christ).

I know that there are those who are searching for a place where the grass is a shade greener-- and I have certainly looked in that regard -- but if Fr. Hunwicke is correct, Rome is infected at the highest level of its structure with someone who thinks changing practice is not changing doctrine and changing practice will save the future of the church.  As bad as this is on a congregational level, it is worse when it is on the highest level of any church's hierarchy.  Missouri has had its share of leaders who believed they were elected to be agents of change, that modernizing the church was its salvation, that making friends with culture was the key to growth, and that having a good time was the primary barometer of worship effectiveness.  Look where it has left us. . .

As I have so often said, the road to heterodoxy is quick and easy but the road back to orthodoxy is long and difficult.  It is much easier to maintain faithfulness of doctrine and practice than it is to recover it.  Something worth pondering.
Posted by Pastor Peters at 6:00 AM