How much is it worth to ya? 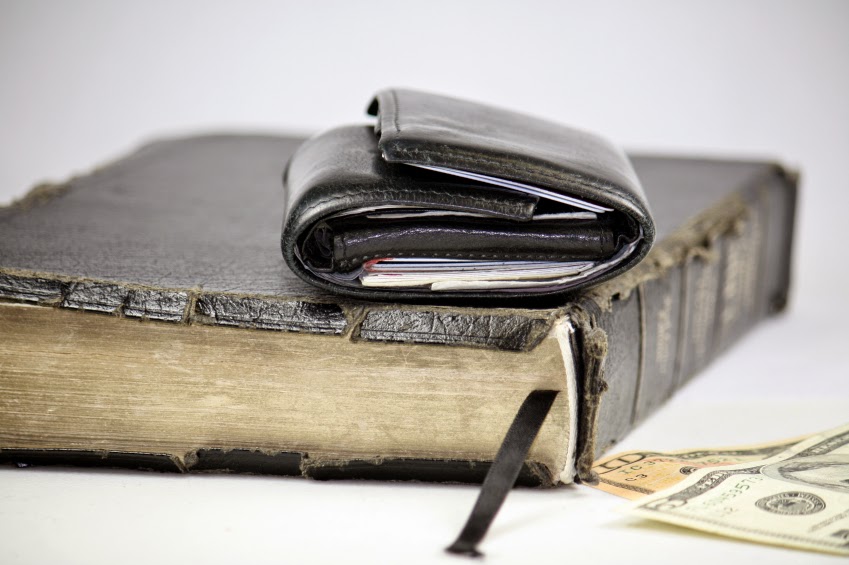 This repeated from First Things:

According to the Bureau of Labor Statistics, in 2013, median clergy income was 14 percent lower than the overall median income in the U.S. This is all the more striking when one considers that most professional clergy received years of specialized religious and theological graduate training after receiving their undergraduate degrees. Indeed, median clergy earnings are 24 percent lower than median earnings of people who hold undergraduate degrees, and 36 percent less than individuals who hold masters’ degrees.While Protestants appropriately wonder about extravagant lifestyles of some megachurch pastors and Catholics wonder about extravagant lifestyles of some bishops (an issue Pope Francis has addressed), the data indicate that most pastors in the U.S. receive a fairly modest level of support from their congregations.

My father often reminded me that something is only worth what somebody is willing to pay for it.  In other words, you may think your house or car or appliance is a gem but, unless someone agrees with you and is willing to shell out the cash to buy it from you, it may be common rock.  That said, it is true that we value things with a dollar sign.  We say, for example, that day care and elder care is important but the sad truth is that we pay minimum wage to many of the folks who work there taking care of our children and our parents and grandparents. In other words, what we say and what we do are not matching up.  We claim, for example, that lawyers are the bane of our litigious society but we will pay OUR lawyers hundreds of dollars an hour to make sure we come out on top.  Again, our words and our deeds do not match up.

The same can be said about clergy compensation.  The issue is seldom one of dollars and mostly one of how highly or how lowly we esteem the ministry of the pastor and the pastor himself.  I don't know of any pastor who heard the call of the Lord and thought it would make him rich.  But neither do I know of pastors who expected to live at the poverty level in order to fulfill the Lord's bidding.  So it is not a matter of living like the megachurch superstars and their plush mansions and it should not be a matter of living hand to mouth either.

I was blessed to have gone to college when any kid working a summer could mostly pay for a year of school.  I was also blessed to have gone to seminary when it was affordable.  Now many pastors are coming out of college and seminary with thousands upon thousands of school debt, married with children, and without much to keep them from going belly up except the next paycheck.  There is something wrong here.

It is shameful of any church body to finance the cost of seminary education on the backs of seminary students.  This is the church's responsibility.  We decide who gets a call and who does not and we should cover the largest portion of the cost of getting folks to that point.  It is shameful that we value the ministry of Word and Sacrament and our pastors so lowly that we do not seek better for them.  The whole point of financial security from the congregation is not to reward a pastor's entrepreneurial skills but to keep him from focusing his attention too much about how he will care for his family so that he can keep himself focused on doing the Lord's bidding.

I have been very blessed to have had caring and capable congregations who have never been stingy with me.  I cannot say I am the best pastor but I am able to say that I work long and hard for my parish and am available to them anytime.  It is regrettable that there stingy congregations who think they are somehow helping out their pastor by keeping him humble and fixated on the question "how will I pay my bills this month"?  Shame on you.  It is also regrettable that there are pastors who think they are owed "double honor" just for the office and the stole and who don't work as hard as they should.  Shame on you.  That said, neither of those cover the bulk of congregations or the majority of pastors.  We tend toward the middle and not the extremes.  My point in saying this is simple -- what we pay our pastors is not unrelated to how highly we value the ministry of Word and Sacrament and them as pastors.  This is the  rub.

Fine words, Pastor Peters. One thing that I remember in my earthly pilgrimage was the shocking difference in pay between LCMS pastors and WELS pastors during the 1980s. I hope things have changed since then. Most LCMS clergy I knew in the 80's received modest compensation. It certainly didn't make them rich, but they were not hand to mouth either. It was enough in most cases that they didn't have to worry about their family finances a lot. The WELS clergy I knew then, even pastors of large, well-to-do congregations, were paid very poorly. The saving grace for many of the WELS pastors was that the church furnished them a parsonage and paid all the utilities. But the actually salary paid to them was just slightly above the poverty level. I hope things have changed for the better.

I have long held the opinion that the only Lutheran theologian who fully comprehends economics is Father Hollywood. After reading this blog entry, my opinion is reinforced. Pastor Peters' father has it right because he understands the Law of Supply and Demand. The immutable Law applies to labor too. There are lots of folks willing and capable to serve in day care and elder care. Practicing law is much different insofar as there is a huge state barrier to entry in practicing law (bar exam). A Lutheran pastor is a noble profession. Almost w/o exception, these are great men of God who dutifully preach Law & Gospel. The real offense mentione d in this blog post is the cost of higher education which has increased at a higher rate than health care over the last 40 years.

Is this partly due to the "if you build it, they will come" philosophy of building 10x the seating capacity necessary such that they can barely afford the mortgage and the pastor?

LCMS Inc. should cover the cost of seminary training for the men it recruits to be pastors. It is not right that LCMS requires this training, but does not pay for it. This burden of tuition should not be upon the students who strive to be pastors. It is time to prioritize and let's hope the Board of Directors does this, or at least makes a move in this direction. The military and many other institutions train their workers and bear the costs. Do we truly value our seminaries? Thanks, Pastor, for your insightful and candid point. Well taken.

The polity of the LCMS is another example of how little the Gospel ministry is valued, as ISTM the job of the DP is to wring his hands while cliques and cabals run good men out of their pulpits. The seminary issue, likke polity, is a symptom of a greater problem than *the* problem.