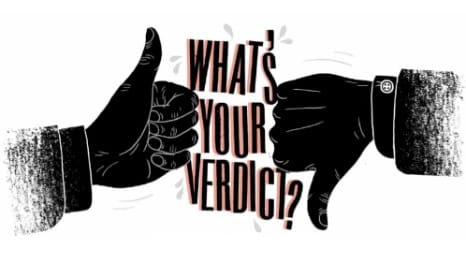 . . . , a federal jury awarded a former teacher in the Diocese of Fort Wayne-South Bend almost $2 million for what she claims was sex discrimination, the bulk of which was not for medical bills or lost wages, but for $1.75 million in “emotional and physical damages” she allegedly suffered.  And while the case looks narrow—was this female teacher fired when immoral male teachers were allowed to retain their jobs?—it involves a much bigger question: when can federal courts scrutinize the religious decisions of churches?

In 2008, Emily Herx, a junior high school language arts teacher at St. Vincent de Paul School in Fort Wayne, began IVF treatment. She notified her school principal about additional IVF treatment in 2010, and in April 2011 the church pastor met with Herx to inform her that IVF was morally wrong.

Because of her IVF treatment, Herx’s contract as a teacher was not renewed, and she sued the Diocese citing alleged violation of various federal laws. Some of her claims were dismissed by the court, but her sex discrimination claim went to a jury, which rendered a verdict last Friday finding the Diocese of Fort Wayne-South Bend liable under Title VII of the 1964 Civil Rights Act, a federal law prohibiting discrimination in employment on the basis of sex. Herx had argued that, although she was terminated for undergoing IVF treatments, the Diocese allegedly continues to employ male teachers who had received vasectomies and other treatments that interfere with natural reproduction.

On the surface, at least, the decision seems to reject the leadership of the Supreme Court in the Hosanna-Tabor case but this is not exactly the same.  In any case, this will certainly test the waters again and undoubtedly end up in the same place.  What is interesting here is that all the damages were for emotional pain and suffering.  This is also a warning shot across the bows of churches and church agencies and organizations.  Men and women must be dealt with the same way when it comes to the violation of such things as moral clauses.  The churches cannot afford to pick and choose what to enforce and what to overlook when things violate church teaching.  Failure to do this will certainly render the churches liable for their inequality and for their complacency with respect to following their own rules.  Ultimately, the only real interest the courts have shown in religious cases is whether or not the churches followed their own rules and did they do so scrupulously.  We should not have to be reminded of this. . . but we have, whether we like it or not, and our future may depend upon our consistency.

One difference between this Indiana Roman diocese case and the Hosanna-Tabor case is that Emily Herx was a contract teacher, while Cheryl Perich, a teacher at the Hosanna-Tabor Lutheran school, was a commissioned minister in the LCMess.

Herx was allegedly fired because she violated her contract. That alleged breach of contract is something for the legal system to deal with.

As a LCMess Called Commissioned Minister of Religion, Perich was deposed from her call for alleged insubordination and disruptive behavior (She had refused to voluntarily resign after her doctor declared her fit to work). The SCOTUS ruled that removing Perich was an action involving the church's religious practices and therefore protected by the First Amendment.

Originally Emily Herx sued the Diocese for violating the Americans with Disabilities Act, claiming her infertility, which was being treated by IVF, was a protected disability. The Diocese claimed Herx was a "lay minister" in the Roman Church and that Herx's termination was protected by the ministerial exception (such as the SCOTUS decision on Hosanna-Tabor).

U.S. District Judge Robert L. Miller Jr. granted the diocese’s request for summary judgment on the disability issue. However, Miller also found that nothing so far suggested Herx fit the definition of a “minister” of the church. That means the diocese is not protected by the ministerial exception to Title VII of the Civil Rights Act of 1964, and he allowed the trial to go ahead to decide on whether the diocese’s treatment of Herx – firing her for getting the procedure that would make her pregnant having never done so to a male teacher – was discriminatory.

From information in a September 25, 2014, article, "Diocese cleared in disability suit."