Whom do we trust? 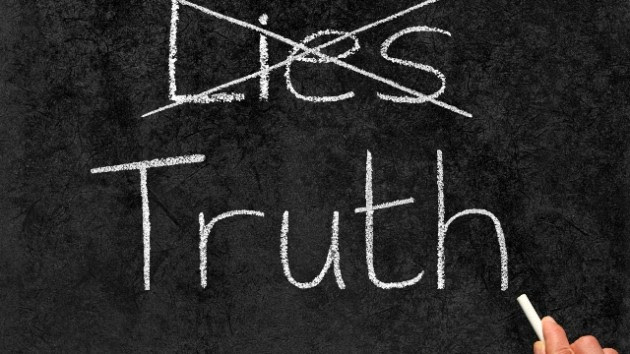 "The case against Science is straightforward: much of the scientific literature, perhaps half, may simply be untrue. Afflicted by studies with small sample sizes, tiny effects, invalid exploratory analyses and flagrant conflicts of interest, together with an obsession for pursuing fashionable trends of dubious importance, Science has taken a turn towards darkness ... The apparent endemicity of bad research behaviour is alarming. In their quest for telling a compelling story, scientists too often sculpt data to fit their preferred theory of the world. Or they retrofit hypotheses to fit their data. Journal editors deserve their fair share of criticism too. We aid and abet the worst behaviours. Our acquiescence to the impact factor fuels an unhealthy competition to win a place in a select few jornals. Our love of 'significance' pollutes the literature with many a statistical fairytale ... Universities are in a perpetual struggle for money and talent, endpoints that foster reductive metrics, such as high-impact publication ... and individual scientists, including their most senior leaders, do little to alter a research culture that occasionally veers close to misconduct."  According to the Editor in Chief of the Lancet. . .

We live in an age in which science is oft equated with truth, reliable truth that is not opinion or mythology or dream.  One of the fruits of the global warming debate has been the troublesome chinks in the armor of scientific truth that have raised serious questions about what we can believe regarding the conclusions that come from academic science and of the reliability of the research and studies that support those conclusions.  I am not a scientist.  I do not have a crystal ball to see which science is trustworthy and which is a sham.  Like most of the rest of the folks, I am guided by my own intuition and by my fear and suspicion that some or perhaps even much of what is promulgated as scientific truth is unreliable.  So, where do you go and whom do you trust?

Ours is both a skeptical age in which authorities are inherently viewed with suspicion and yet it is a time in which we have built a house of cards on the conclusions of some science without many alternatives.  We have tinkered with crops and their genes in pursuit of a godless world that we can control and now we are unsure whether the outcome is salutary or trustworthy.  We have pulled huge amounts of water from the ground and pumped other liquids into the ground to the point where water tables are dropping, water quality is not what we counted upon, and earthquakes are showing up in places that hardly knew them.  We have invested in new medicines that we believe are effective but we know are expensive and a litany of ads from shyster lawyers tells us to call them if we took this med or that. Whom do we trust?

But there is one more thing.  We have taken up the cause of victimhood so we are never responsible for what we say or do if it turns out bad and we have made offense the highest wrong.  It is as if we have glorified our feelings to the point where we look for reasons to be offended, for people to blame (to justify our innocence and our victimhood), and embarked on the cause of cultural cleansing so that the real sins of our yesterdays are removed from memory and no longer warn us but our bruised egos and feelings remain.

Popes spend precious credibility on science that may or may not be true.  Children learn from an early age that Scripture is mythology or subjective truth barely worth more than myth or legend.  Adults tell ourselves and our children to trust our hearts.  Repent.  Believe the Gospel.  This is our only answer. There is but one voice who has not disappointed us and one truth that remains yesterday, today, and forever the same.  That is Jesus Christ and Him crucified.  Wisdom!  Attend!
Posted by Pastor Peters at 6:00 AM

So SCIENCE! is affected by total depravity? What a concept...

Yep. Original sin will always skew research. And the foolishness of God is wiser than men. I think someone who had met Jesus once said that...

Just like the rest of mankind, science is corrupted by sin. This has been aggravated by the huge sums of money poured into science in recent years around the world. The fact that science, and scientist, are subject to this inducement simply means that science is a human endeavor, just like everything else that we do.

True science, the search for truth, is always in complete accord with the teachings of Christ who is THE TRUTH. Our problem is in distinguishing between true science and corrupt science.

"The goal is a reliable result, and the incentives for scientists are aligned around this goal. Weidberg worried we set the bar for results in biomedicine far too low. In particle physics, significance is set at 5 sigma—a p value of 3 × 10^–7 or 1 in 3.5 million (if the result is not true, this is the probability that the data would have been as extreme as they are)."

But as Lancet editor Horton concludes:

"Those who have the power to act seem to think somebody else should act first. And every positive action (e.g., funding well-powered replications) has a counterargument (science will become less creative). The good news is that science is beginning to take some of its worst failings very seriously. The bad news is that nobody [in the biomedicine community] is ready to take the first step to clean up the system."

Of course the problem is more widespread than just the biomedical community. For other examples see the website, JunkScience.com ("All the Junk That's Fit to Debunk").

"Like most of the rest of the folks, I am guided by my own intuition and by my fear and suspicion that some or perhaps even much of what is promulgated as scientific truth is unreliable. So, where do you go and whom do you trust?"

First, do not uncritically accept scientific claims made by members of a university research group that is currently applying for a renewal of their research proposal.

Second, if you read a news article about a claimed scientific discovery or breakthrough, if the article contains more than two caveats or weasel words (e.g., "perhaps," "suggests," "possible," "to-be-confirmed," "may lead to"), the article can probably be discounted as truly significant.

And, of course, fourth, do not trust any "scientific" claims made during TV or internet commercials, especially if the speaker is wearing a lab coat and horn-rimmed glasses.

In a paper, "Pathological Science," which is an edited transcription of a talk presented in 1953 by 1932 Nobel Laurate in Chemistry Irving Langmuir, the term pathological science is defined as:

"These are cases where there is no dishonesty involved, but where people are tricked into false results by the lack of understanding about what human beings can do to themselves in the way of being led astray by subjective effects, wishful thinking, or threshold interactions."

1. The maximum effect observed is produced by an agent of barely detectable intensity. The magnitude of the effect is largely independent of the intensity of the cause.
2. The effect is of a magnitude close to the limit of detectability, or many measurements are necessary because of low statistical significance of individual results.
3. There are claims of great, even extraordinary, accuracy.
4. Fantastic theories contrary to experience are suggested (with enthusiasm)
5. Criticisms are met by ad hoc excuses thought up on the spur of the moment (this may be contagious).
6. The ratio of supporters to critics rises to somewhere near 50%, then falls

As a person who was reared in a physician's household, with both parents working in the medical field, and being a medical lab technologist and secondary school science teacher (for only 3.5 years), and also living in a church-going home, the issues raised in today's blog have long been a concern of mine. I am concerned with what we read/hear daily about "a study has found..." - and the fact that those few words lend credence to whatever follows, and people, including myself, can so easily be taken in by those words, thinking that it sounds so scientific that it has to be true. If a person is greatly interested in the subject of said "study," they need to do their own research, which is generally accomplished by searching the Internet. There are very credible journals and other sources online that can help you understand the validity of a study; you don't have to be a scientist to do it, either. Common sense also has to be observed!
The comments above by everyone, especially those of Carl Vehse, are spot on. The Lancet comments are also very good - because scientists need to weigh very carefully what they study, how they design their research, and be very sure about whether their own bias is influencing how they state their results. Statistics can be made to say almost whatever the writer wants them to say - and we as consumers of this information must always remember that and take scientific "results" with a block of salt. I think that as one pursues the truth the best thing we can do is to pray for God to lead us to that truth. And I hope that scientists will be more forthcoming about self-regulation of what is being touted as "science" - because their own credibility is on trial, big time, with the Internet and the 24/7 news cycle of today, which of course includes their detractors.