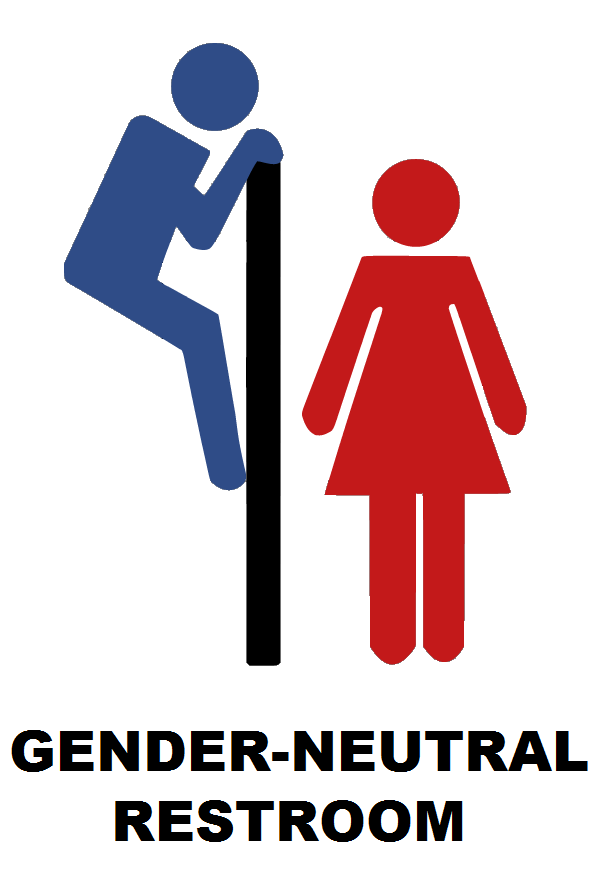 The Dallas city council unanimously voted Tuesday to extend its anti-discrimination ordinance to transgender people, forcing businesses to allow men to use women's restrooms, and vice versa. This applies to all businesses, government buildings and even private schools.  The amendment comes just after Houston residents voted against the controversial Houston Equal Rights Ordinance, nicknamed the "bathroom ordinance" for a provision that would force businesses to open their women's restrooms to men. The ordinance lost 61 to 39 percent.

"Words have meaning," said Rafael McDonnell of the Resource Center, "and your vote today will give life to those words and will be seen not only here in Dallas but around the country as support for the LGBT community."

Ah, the world is now right.  Men may use women's toilets and men may use women's.  Apparently it is insufficient to have a stall for privacy.  No, one must be able to exercise their feelings of the moment that define what gender is the whim of the day.  Really, how petty that in the shadow of the day when we remember those whose service has procured and protected our freedom, that we exercise this freedom by offending nearly everyone except the smallest of minorities among whom it is deemed the ultimate offense that they were expected to use a toilet common to all with the same external sexual equipment.

Never mind that the nation is moral divided over the greatest issues of life and death, that our schools spend more money than anyone else but seem to obtain only mediocre results at educating our children, that our infrastructures are failing, that our enemies can walk with impunity over nearly open borders, that the Middle East is aflame with conflict, that Russia is growling like a lion seeking whom it may devour, that climate change is threatening our very way of life, trade imbalance is stealing jobs away from our industry, etc...  (have I missed any threat identified by friends and strangers?).  But we can rest in peace when the full resources of government and its great moral authority has decreed that restrooms once the domain of privacy and refuge for the ordinary functions of every body must now become the battlegrounds of liberty, freedom, justice, and the American way.

Geez Louise!
Posted by Pastor Peters at 6:00 AM

May his days be few; may another take his office! May his children be fatherless and his wife a widow! May his children wander about and beg, seeking food far from the ruins they inhabit! May the creditor seize all that he has; may strangers plunder the fruits of his toil! Let there be none to extend kindness to him, nor any to pity his fatherless children! May his posterity be cut off; may his name be blotted out in the second generation!

With all these anti-discrimination changes in bathrooms I might need to know someday (if they take the signs off the doors), does a wash basin in the other bathroom have the same purpose as a urinal in the mens bathroom?

So now this means your young daughters or granddaughters, your wives, mothers, sisters, girlfriends....must be prepared to see transgendered sick minded men when they visit a Dallas restroom, Madness. Madness, These rules must be rescinded and citizens need to rise up.

Bigger problem with restrooms at a supermarket in South Carolina. They have two restrooms where each consists of a toilet, sink and a locking door. Anyone can use either one. But one has a University of South Carolina Gamecock sign on the door, the other a Clemson Tigers sign. That is a big deal in South Carolina. You don't want to pee with the wrong team!