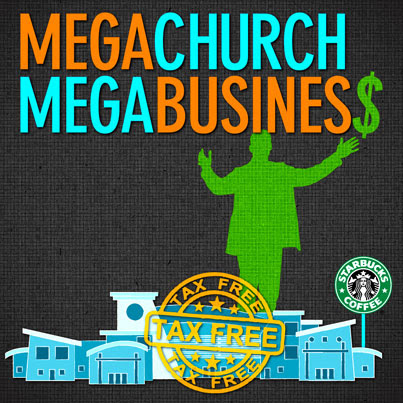 Change is coming to American megachurches — those behemoths for believers that now dot the religious landscape. There are more participants in megachurch worship than ever.  “Last weekend 1 in 10 adults and children who went to a Protestant church went to a megachurch — about 5 million people,” said Warren Bird, director of research for Leadership Network and co-author of a megachurch study released Wednesday (Dec. 2).

But individual attendance is down to once or twice a month — or less.  “They think ‘regular attendance’ is ‘I get there when I can,’” said the second co-author, sociologist Scott Thumma, director of the Hartford Institute for Religion Research. The study examines megachurches (2,000 people in weekend attendance is the basic qualifier) in comparison with other, smaller congregations.
“We found many of these large, successful congregations still have many of the same challenges of smaller congregations. They are not immune to the cultural dynamics in society,” said Thumma.  “Everyone is trying to attract new people and hold on to them and make them disciples. But, today, people are seekers and shoppers looking for a temporary experience of worship, not a long-term commitment,” said Thumma.

Megachurches, many launched a quarter century ago by baby boomers, now see slippage in the younger generations. Participation by millennials, ages 18-34, has flattened out at about 19 percent since 2010. But Gen-X attendees, ages 35-49, are drifting out the door — down from 28 percent in in 2010 to 23 percent today. . . .

Congregations are “getting bigger by getting smaller,” said Bird. They’re building smaller main sanctuaries (median down from 1,500 seats to 1,200 seats) but holding more services on more campuses. . . .

Five years ago, 46 percent of megachurches had multiple locations. Now it’s 62 percent. And the number of their sites bumped up, too — from an average of 2.5 sites to 3.5.

My generation, the boomers, is wedded at the hip to the idea that church is but one more facet of our already self-absorbed idea of life defined by personal preference and governed by desire.  We all knew that.  But at least the curtain on Oz is being pulled back by Gen Xers and Millenials who are not so sure that bigness is the primary definition of success or authenticity (which is for them a higher priority than full service Wal-churches).

While this is a good thing, it does not necessarily mean that confessional and liturgical churches are automatically the beneficiaries of the disillusionment of the Gen Xers and Millenials.  What it does say is that those historical confessional and liturgical churches who have looked with such envy on our big box generic evangelical neighbors should have second thoughts about their jealousy and their conviction that they are doing a better job of being church than we are.

It is so tiresome and yet true that we Lutherans, especially the LCMS kind, rummage through the passe, tried and discarded, outmoded, and forgotten ideas in the trash bins of evangelicalism and think we got a new idea.  Our cutting edge missions are new only to us and the rest of the world is trying to figure out how to package liturgy and transcendence into the big box mega church shopping carts.  Our praise bands sing yesterday's hit songs while the Hillsongs and Gettys of this world have moved on.  Our list of urgent reads is dated -- perhaps because we really do not get what the newest "how-tos" of mega church growth are saying or because we are shopping at the bargain bin of the nearest Lifeway bookstore.

Maybe we will wake up.  I am not holding my breath but I can attest to the fact that preaching Law and Gospel without fluff, doing the liturgy with all the smells and bells, and singing with gusto those impossible to sing Lutheran chorales has not hurt our congregation or its growth.  In fact the demographic that grows here is the one that includes those the age of my kids -- 35 and under!!

On my way to St. Louis and back again for too many meetings I pass a billboard for EnjoyChurch.tv -- the ultimate name and address.  Why have a church you must attend (main or satellite campuses) and instead watch it on your own preferred screen.  Without sacramental presence, liturgical vitality, Biblical authority, faithful preaching, etc... the screen at home is the way to go...  But, the truth is, if that is the only option left, why bother with any Christianity that is only as real as a screen and deals only with the peripheral issues of preference, desire, and happiness in a world filled with terror, fear, and death?  Go figure. . .
Posted by Pastor Peters at 6:00 AM

See, Pr P, you found something useful in a poll after all ;-)