The Lowliness of Christ's Birth 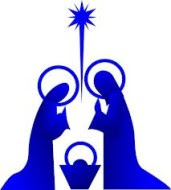 Sermon preached for Christmass Eve, on Thursday, December 24, 2015, by the Rev. Daniel Ulrich.

Around Christmas time, there's always a sense of wonderment, magnificence, and grandeur.  Homes are brightly lit up with hundreds, if not thousands, of lights.  Churches hold elaborate Christmas Eve and Christmas Day worship services.  Huge parties are thrown and beautifully wrapped gifts are exchanged.  At this time of year we’re filled with wonder and joy.  All of this grandeur and majesty are good things because we’re celebrating the birth of our Savior.  But, all of this grandeur and majesty is very different from that first Christmas night when our Almighty God came to us in a lowly way.

I.    Over the years it seems that we’ve lost the lowliness of Christ’s birth.  We’ve “cleaned up” our nativity scenes, making them more fit for God.  Yes, the nativity is still displayed in a stable and Jesus is still laid in a manger, wrapped in swaddling clothes.  But everything else seems to de-emphasize the true lowliness and humility of what really happened that night.  The animals are standing and laying peacefully around the manger.  Mary and Joseph are calmly watching over the newborn Jesus.  The heavenly star announcing the King’s birth hangs prominently above the stable.  A heavenly chorus of angels is displayed singing God’s peace.  And there is a halo hanging around Jesus’ head, marking His holiness and divinity.

All of these things are good, and they help teach us about what happened at Christ’s birth.  In the nativity, God became incarnate, and therefore it’s appropriate that His divinity and holiness are marked with a halo.  Christ Jesus’ birth does bring peace on earth; therefore it’s right that we see this peace in the calmness of Mary and Joseph.  That night, God did announce Jesus’ birth to shepherds through a chorus of angels, so their presence is appropriate too.

But, all of this “cleaning up” can lead us to forget how truly lowly Christ’s birth was.  Jesus was born in a stable, the home of livestock.  This stable would have been filled with all the unseemly sights, noisy sounds, and pungent smells that you would expect a stable to have.  It isn’t a place where we’d like to spend a night, and it certainly isn’t a place where we’d expect a young mother to give birth.  The reality of this situation is lost on us because most of us haven’t experienced anything like this, and it’s hard to show this lowly reality in our pictures and displays.

One day, as I was scrolling through my Facebook page, I came across a post from one of my friends.  It was a beautiful painting of the Virgin Mary holding the infant Jesus.  When I quickly glanced at this painting it appeared to be a normal depiction of Mary and Jesus.  But the longer I looked at it, the more intriguing the painting became.  Unlike most paintings of Mary and her Son, this one was void of halos.  Not seeing any halos, it hit me...in Jesus’ birth God was completely clothed in our humanity.  You couldn’t tell that in this child, God was visiting us.  At Jesus’ birth, the Almighty God completely set aside His majesty.

The second intriguing thing I noticed about this painting was how closely Mary held Jesus and how He rested on her shoulder.  It almost appeared as if Jesus was clinging to her for safety.  The Christ Child was completely helpless.  He was weak and needy.  He relied on Mary’s protection and care.  At Jesus’ birth, the Almighty God humbled Himself and set aside His power.  Our Lord and Savior came to us in weakness, the weakness of a child, so that He might save us from our weakness. This beautiful painting illustrates the great mystery of the faith, God becoming man.  Because of God’s great love for us, He sent His only begotten Son, true God, completely humbled in our flesh in blood.  He came to us in the smallest, weakest, and lowliest way possible, so that He might serve us, so that He might save us.

The arrival of our Savior is worthy of a great celebration.  It deserves to be welcomed by all with festivities; and yet, this wasn’t the case that first Christmas night.  Yes, there was a heavenly chorus that announced Christ’s birth, and this announcement was grand.  But, this grand announcement was shared with only a few lowly shepherds who were tending their flocks outside the city.  These men went into Bethlehem to find Jesus, and they were the only ones there to celebrate His birth.  That night, there weren’t any family and friends at the stable to congratulate Mary and Joseph.  There was no huge party in that makeshift delivery room to welcome Jesus into the world.  It was just Joseph, Mary, a few no name shepherds, and the animals.  Again, Christ’s arrival was lowly, the world wasn’t there to welcome its King.

II.    Our Lord and Savior came in a truly lowly way that first Christmas night, and He continued in this lowliness all the way to His death.  The lowliness of the wooden manger that Jesus slept in gave way to the lowliness of the wooden cross where He breathed His last.  Jesus’ death on the cross is the ultimate form of humiliation.  There, He died a criminal’s death, even though He wasn’t a criminal.  He broke no civil law.  He never transgressed God’s Law, in thought, word, or deed.  From the time of His birth to the time of His death on the cross He was completely perfect, He was innocent of all wrong, He was sinless; and yet, He still willingly received the punishment of a sinner.
At the cross, Christ allowed Himself to be stripped naked, to be mocked, to be beaten, to be executed.  He hung there on that tree by Himself, all alone.  Even though there was a crowd around Him, even though Mary His mother was there at the foot of the cross, there was no one to help Him.  As a child, Mary held Christ in her arms, she protected Him; but now, there was nothing she could do.  Christ was on His own, He was alone.  Even God the Father forsook His only Son, allowing Him to die the most terrible and horrific death possible.  And He did this for you.

Talking about the lowliness of Christ’s birth and death doesn’t seem to be great Christmas Eve sermon material; and yet, that is exactly what it is.  The lowliness of Christ is exactly what Christmas is all about.  It’s about our God, who loves you so much that He humbled Himself.  He became incarnate.  He came to earth, born of the Virgin Mary.  He came as a weak and needy child so that He could grow and live the perfect life that God requires of us, so that He could then sacrifice this life on the cross, for you.  Christ came to take your place.  He came to suffer the punishment of sin that you and I deserve.  We should be the ones who are crucified, who hang naked and all alone on the cross.  But because of God’s unending love for you, He sent His Son to take this punishment for you.  God condemned His Son to death, so that you can have life.
The lowliness of the stable and manger, the lowliness of the cross aren’t meant to bring the joy Christmas down.  Instead, it makes Christmas even more grand, even more joyful because it shows how much God loves you.  He loves you so much that He willing gave up His life, so that you might have life, so that you might have great joy and hope in Him, not just during the Christmas season, but every day of your life.  This is why it’s important for us to know, to realize just how lowly Christ’s birth was, so that we know how much He loves us.

Our God, our Savior, came to us in a lowly way.  He was born in a stable, a weak and needy child.  Christ humbled Himself in this way so that He could die a salvific death, so that we can be forgiven and have a glorious and everlasting life with Him in Heaven.  As we celebrate Christmas and make it big, we remember and thank God for coming to us small, in the Christ Child Jesus, and we thank and praise Him for His lowly death on the cross, through which we’ve been given the greatest gift of all, everlasting life with Him.  In Jesus’ name...Amen.
Posted by Pastor Peters at 6:00 AM