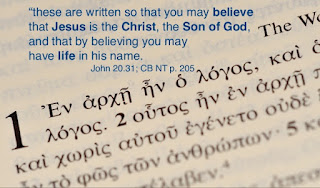 Sermon preached for the First Sunday after Christmas, the Festival of St. John, Apostle and Evangelist, by the Rev. Daniel Ulrich on Sunday, December 27, 2015.