The predominance of the low mass. . . 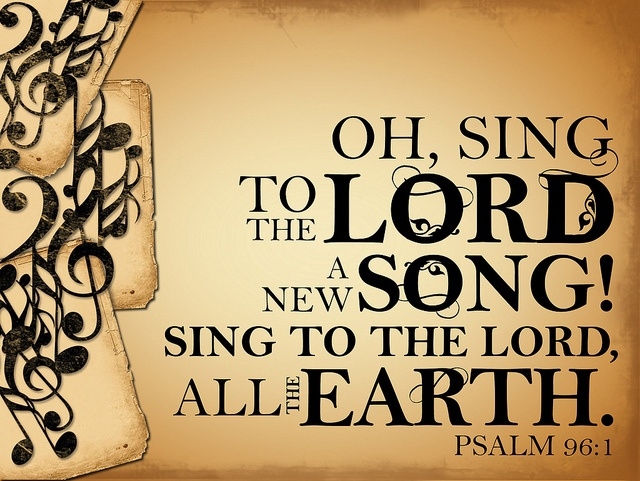 I was reading an article by a Roman Catholic complaining that the low mass has become the normal when it is not the ordinary -- the high mass is.  Now if you are Lutheran, you are probably thinking smells and bells at this point.  Wrong.  The chief distinction between the low mass and the high mass is whether or not it is sung.  A low mass is spoken.  A high mass is sung.  Sure, there are other differences but the singing or lack of singing (chant) is the biggie.

The advent of contemporary worship has done one significant thing -- it is emphasized the spoken form and nearly removed all familiarity with the sung Divine Service from those parishes where contemporary services are the norm.  Music has been relegated to hymns or songs (whether congregational or performance oriented) and the liturgy, where this is liturgy, is nearly always spoken.  This has become so common that there is actually opposition to the pastor chanting and the people singing all the parts of the Divine Service (ordinary and pericopes).  Some of this may be due to an undercurrent of anti-katholisch sentiment but other reasons are time (singing takes longer) and there is the abysmal lack of good musical education in the schools (teaching us to sing).

The singing of the Divine Service has been the norm since the earliest of days.  The Jews were accustomed to song and chant and the early Christians borrowed from the liturgical cues of their forebears.  When Pope Gregory set a form of chant style and notation as the ordinary form of song for the Divine Service, he literally invented what would become congregational song.  Though this eventually was farmed out more to the liturgical choir than to the people, one of the byproducts of the Reformation was the restoration of a voice to those in the pews through the chant and hymns that flourished in its aftermath.

Unfortunately, worship has become the domain of the “four-hymn sandwich.”   We open with a song, we sing one before the sermon, another during the distribution, and another at the end.  Sadly, even the "four-hymn sandwich" has been shortened by the elimination of all the stanzas and the typical pattern of odd or even stanzas, or even first and last.  This was most certainly not invented in the rebellious era of liturgy in the late1960s but derives from the erosion of the sung liturgy as normative long prior to the new liturgical movement.  The goal of minimal singing coincides with the desire to make liturgy more personal and, inevitably, more sentimental.  All of this stands in constant tension with the liturgy’s more public, formal, objective character and with the people’s genuine participation chiefly through the chief parts of the Divine Service with the hymns.

At Grace Lutheran Church we sing the full liturgical service, including Introit and Psalm, along with 5-6 hymns each week.  We are blessed to have a great parish musician to lead from the organ console and a fine pipe organ to support the singing.  But the key here is not to mimic a cathedral setting.  The chanted service does not have to sound professional nor must we have a great choir or organ. It is enough that all that should be sung is sung, with the proper texts and appointed melodies, as best we are able.  It should not be a choice between musical perfection or spoken service.  Good is not the enemy of perfect, as a friend is want to say.  Singing is cultivated by singing and nothing is more fitting for the gift of music and the instrument of the voice that to raise it in worship, praise, thanksgiving, and honor of our merciful God.

Very edifying article, pastor. Too bad the low mass has become the norm in the LCMS now. It's time to begin restoring the high mass with all its joy and singing. Keep up the good work.