Will the silliness ever end? 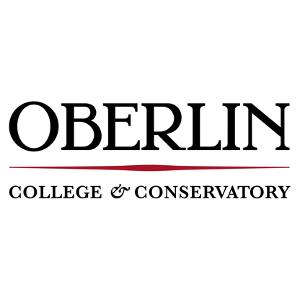 Let the whining begin!  It seems the students at our expensive colleges want the schools to make sure that they get their money's worth from the experience as a whole and are not overly burdened by such things as exams and grades.  It seems that students are much in danger of hearing things they do not want to hear, being confronted with ideas with which they do not agree, being threatened by opinions they do not like, and being distracted from their experiences by such trivialities as grades, exams, and classes.  Perhaps the day will come when all of these will disappear and the student will finally be free to hear what they want and be confronted only with things with which they agree and not be constrained with such burdens as an educational process.  Until then, pray for these students because their burdens are great and their suffering is unreasonable!  Or, not.  Instead you might pray for them to become respectful, patient, listeners who learn from others -- including those whose opinions they find offensive -- and that they study hard for their exams and work for the grades they deserve.


Students at Oberlin College are asking the school to put academics on the back burner so they can better turn their attention to activism. More than 1,300 students at the Midwestern liberal arts college have now signed a petition asking that the college get rid of any grade below a C for the semester, and some students are requesting alternatives to the standard written midterm examination, such as a conversation with a professor in lieu of an essay.

The students say that between their activism work and their heavy course load, finding success within the usual grading parameters is increasingly difficult. "A lot of us worked alongside community members in Cleveland who were protesting," Megan Bautista, a co-liaison in Oberlin's student government, said, referring to the protests surrounding the shooting death of 12-year-old Tamir Rice by a police officer in 2014. "But we needed to organize on campus as well — it wasn't sustainable to keep driving 40 minutes away. A lot of us started suffering academically."

The student activists' request doesn't come without precedence: In the 1970s, Oberlin adjusted its grading to accommodate student activists protesting the Vietnam War and the Kent State shootings, The New Yorker reports. But current students contend that same luxury was not granted to them even though the recent Rice protests were over a police shooting that took place just 30 miles east of campus.

"You know, we're paying for a service. We're paying for our attendance here. We need to be able to get what we need in a way that we can actually consume it," student Zakiya Acey told The New Yorker. "Because I'm dealing with having been arrested on campus, or having to deal with the things that my family are going through because of larger systems — having to deal with all of that, I can't produce the work that they want me to do. But I understand the material, and I can give it to you in different ways."

The Oberlin student demands for accommodations to engage in "protests" are not for the purpose of receiving an honest grade for honest classwork by the students. Nor does responsible behavior appear as a goal of such protests, particularly a recently rejected 14-page list of demands by some students for arbitrarily overriding existing Oberlin hiring and tenure practices, control of what professsors teach students, black racist segregated areas on campus, antisemitism, and being paid by the college for making such demands.

Instead the students' demands appear to be aimed toward an eventual career as an oxygen thief.

Maybe these students need to be reminded of what activism used to cost; I.e. Kent State? Seriously, when did activism become more important than the education of college students? I don't remember the students of the 60s grousing about how they needed to have the purpose of attending university dispensed with so they could advocate free love.

Looks like the student body at Oberlin will be supplying Washington with it's future lobbyists.

I was an LCMS campus pastor in Oberlin in the mid 70's and while you all or I might find it a strange or even improper request... Oberlin was a unique institution with a special history that just might make the strange or seemingly improper, more ordinary to campus life....

Pastor Harvey, this is not the Oberlin of the 1970's. This is much worse. Like many universities priding themselves on being progressive, they embrace a genuinely anti-academic and primarily political environment which corrupts the pursuit of discourse, debate, and reason. Education should teach students to think, but the universities believe their role is closer to indoctrination. Todays students are taught by professors with an agenda to pass on, and they have successfully reproduced themselves in some of the graduates. However, those students who value common sense and critical thinking, and for whom indoctrination is anathema, will rise above their teachers, possibly finding out for themselves that truth matters.

Says it all. The students are slowly realizing what university administrators have known for the past 20+ years. I would wager that this attitude was not so strong nor widespread among students when taking out a student loan to go to college was an extremely rare exception and not the norm.

Is Higher Education consumption or an investment?