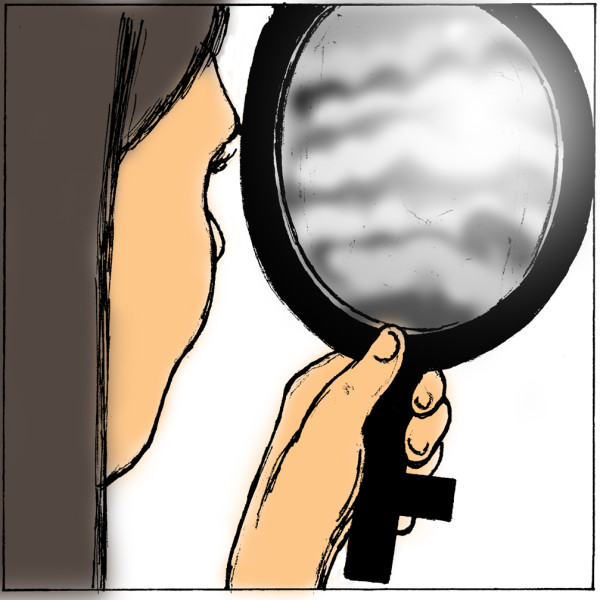 Some in Rome are complaining about the caustic atmosphere within the church, especially on the subject of Amoris Laetitia and also regarding the olive branch seemingly offered by Fr. Joseph Martin, SJ, to the GLBTQ community.  The filial criticism, petitions, and dubia sent to Pope Francis as well as the progressive wing and its attempt to make some sort of rapprochement with the gay community have certainly stirred the pot but part of the reason for all the controversy is that there has not been an open discussion, much less debate, over these issues.  The criticisms, it is said, have become like a cancer in the church.

Perhaps these folks should spend time in the Missouri Synod.  We know a little something of public controversy.  We have not always played by the rules of decorum in theological debates. While I would agree that personal criticism and caricature can, indeed, be caustic and destructive, like a cancer upon the church, public debate and an open conversation on the things which divide us can be exactly what we need as a church body.  Nevertheless, such debate needs to happen openly and not clandestinely.  It also needs to have the sanction of the church so that it is not simply a peripheral conversation but a primary dialogue.

When the ELCA began to change the face of Lutheranism, it did not happen within an open forum but behind closed doors.  A quota system virtually ensured that the greatest minds of that communion would not be part of the debate, at least not directly.  The voice of that church's own confessions and congregations was virtually unheard except in the fringes.  When it was finally an open debate, the players had already begun to change practice before the doctrine and dogma had even been subject to  debate.  This happened already with the ordination of women long before it happened about same sex marriage and its related issues.  Scripture was not heard, the Confessions were ignored, history was forgotten, and the radical nature of the path chosen was minimized until victory was assured.

I  have no idea how this will play out between the so-called progressives in Rome and the traditionalists.  I do know that Francis is not helping things by keeping a lid on things at the same time he is keeping quiet about where he stands and what future he intends.  I am convinced that the enhanced communications of our technological age could work for that debate but in order for that to happen the principals would have to own their positions and let the conversation play out.

Within Missouri we have yet to have a formal conversation about the things that divide us.  What is the Confessional expectation with respect to what happens on Sunday morning?  Are those Confessions merely descriptive of that time or do they prescribe what is Lutheran and proscribe against what is not?  What does adiaphora really mean and how do we deal with things called adiaphora?  What is ecclesiastical supervision and how does it work out in the life of our church body?  What are the limits of our embrace of culture before the tension against the faith always the same becomes untenable?  How do we best confess our faith, live out that faith within the means of grace, and pass on that faith to others in the best Lutheran tradition and for the best consequence?  What is the Ministry and who should be the Ministers of the Church (also addressing issues of pastoral formation)?  These are real questions for us and we would all be better served by addressing them together instead merely having the debate in pointed publications, on blog sites and through unofficial gatherings.  Note, I am NOT saying that these should not be used as venues for part of this debate but they cannot carry the full weight of the discussion that needs to happen.

For Missouri, in particular, I would also warn against trying to find by-law solutions to theological problems.  Our constitution and by-laws are not unimportant but the great issues we are facing cannot be resolved simply by tinkering with by-laws every three years.  Again, I am all for careful review and revision of our by-laws and even constitution, where warranted.  But this is not a substitute for dealing with the profound and serious theological issues before us.  It has been good for our church to put out semi-official position statements like we did with a book on the ordination of women and now a new one on closed communion.  We need to talk about these books and their content on every level within the structures of the church.  These significant issues and others beg an open debate and an honest conversation.  This kind of conversation is not cancerous but healing.  And the answers will most certainly lie not with what we think or feel or desire but with what Scripture teaches, what is the creedal, confessional, and catholic perspective, and whether or not we are willing to be normed by the Scriptural witness and the catholic tradition.
Posted by Pastor Peters at 6:00 AM

I disagree that the ELCA operated behind closed doors on the approval
of same sex marriage and the ordination of gays and lesbians.
The real source of their "scholarship" was several seminary professors
at the Lutheran School of Theology in Chicago. One of them was an O.T.
"scholar" who paved the way for this false belief. These men were
actively teaching this false doctrine in their seminary classrooms.

Yes it was overt in that way but like the ordination of women, individual districts went ahead and ordained gay and lesbian pastors before the ELCA actually gave its approval. In this way it was via the back door -- something was already done before the approval was given.

That's not quite correct Fr. Peters. Districts, aka Synods, gave no such approval. There were groups of congregations who acted outside synods' and ELCA's approval process to call and ordain persons not approved for ordination and/or call.