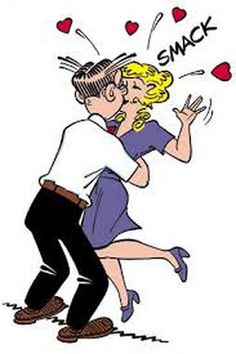 I well recall the first time I saw the liturgy done with a full ceremonial -- well, maybe that is not accurate.  Perhaps I saw it before but I did not look at it carefully or note the meaning of those ceremonies until later.  The time to which I am referring was in college.  It was at an Episcopal church, an Anglo-Catholic Episcopal congregation.  I was visiting with a friend.  It was a radical experience for a Lutheran who grew up with TLH, the formal liturgy from page 5 & 15, but done in a rather low church style.  The language was similiar -- TLH and the Prayerbook 1928 -- but the forms were different because of the rich and elaborate ceremonial.

Of all the things I noticed, the attention given to altar and the Gospel Book stood out.  Both of them were censed.  The priest kissed the altar at the start of the service and kissed the Gospel Book at the end of the Gospel reading.  This stood out to me.  My own church body was in the midst of what many call the Battle for the Bible and we claimed to hold the Scriptures in the highest esteem but I had never seen a Lutheran kiss the Bible.  I had it drilled into me in Sunday school and catechism class that Lutherans did not commune with those with whom we were not in fellowship and, pointedly, never with those who did not affirm the Real Presence.  We believed that one the altar Christ was present in bread and wine, literally, as His Word pledges and promises.  Yet I had never seen a Lutheran kiss the altar.

The first Lutheran I ever saw kiss the altar was the Rev. Dr. Edward F. Peters, my German and Greek instructor at St. John's College, Winfield, KS, who was the celebrant for a special "campus communion" at Trinity Lutheran Church, Winfield, for a special holy day (though I cannot recall specifically which holy day).  There was no Gospel Book so there was nothing for him to kiss; the Gospel was read from the printed bulletin even though it was set into a large Bible suitable for the Gospel Procession (something also new to me in a Lutheran setting).

The first Lutheran I ever saw kiss the Gospel Book was the Rev. A. R. Kretzmann at the installation of the Rev. Charles Evanson as pastor of Redeemer, Ft. Wayne, a couple of years later.  His voice was commanding as he read the Gospel for the occasion and a large, gold pectoral cross with a ruby in it made for a big impression upon me but neither matched the significanse of his head bowed, kissing the pages of the Gospel.

These things made such an impact on me and that I have done both for most of my ministry.  Some have a problem with this but as long as I have not asked the folks in the pew to do it, it has not been much of an issue.  I have been a pastor for a long time, now in my 38th year as an ordained LCMS pastor.  Over time I have come to realize that two very different groups care about worship.  Those who really believe what the words of the liturgy say and those who don't.  In the muddy middle you will find most Lutherans.  At the start of my ministry, the only people who really seemed to care about Sunday morning were those who were accused of not taking the Word of God seriously.  Conservative Lutherans were minimally ceremonial then.  Those who used more ceremony were often viewed with suspicion -- they were presumed not to be orthodox in doctrine.

All of that has changed.  Many of the most conservative pastors and parishes in our church body today are also among the most liturgical.  Caring about doctrine has begun to go hand in hand with caring about what happens on Sunday morning.  Ceremonies have meaning because we believe what they sign;  although it can also be said that as long as the ceremony and the liturgy remain, there is a constant reminder of orthodoxy even when the presiding ministers and the people no longer believe what the words say or the ceremonies sign.  Yet it has left me wondering. . .

If we are most serious about the Word of God, believing it to be that living voice of Christ addressing us as the Word made flesh through the words of Scripture and the voice of the reader, why would we hesitate to kiss the book?  Why would we not accompany the doctrine with the practice that shows what it is we believe in a profound way?  We kiss our wives and husbands when we come and go.  We kiss our children to show them our deepest affection.  We kiss our grandbabies with all the love of grandparents who wonder why we waited so long to have them.  We stand for the flag.  We put our hand over our hearts for the pledge of allegiance.  Why would we not kiss the Gospel Book?

If we are most serious about the Real Presence of Christ, in bread and wine, on the altar as His Word insists, to be distributed to the faithful for their blessed communion in Christ's flesh and blood, why would we not honor this place with a kiss, a display of our deepest affection for the God who gives Himself to us in this most real manner?

Just a few meandering thoughts as we approach Christmas and the holy incarnation of our Lord. . .
Posted by Pastor Peters at 6:00 AM

IMO, there has been a societal trend away from big institutions since the decade of the 60’s which fomented anti-establishment fervor. Big business, big church and big (federal) government during the Vietnam War, and, a few years later, Watergate contributed to a diminishing trust of the Baby Boom generation which became immersed in drugs, sex, rock and roll. Our generation tuned in, turned on, and dropped out and became suspicious of those they perceived had lied and let them down. Boomers started to question everything and rejected the values handed down to them in their rebellious fervor based on the failure of those very institutions and the values they represented. Those who remained in the church began to question the utility of the liturgy and decided it had to go, or at least be toned down. American Christianity tended to be revivalistic anyway and leaned more toward the camp meeting than anything seen as a reverting to Romish rites and ceremonies, which were seen as unnecessarily abstruse. High church took a hit in the court of public opinion and has not recovered yet. That is why Lutheran churches must lead the way to catechetical renaissance teaching the Lutheran Confessions at every opportunity to those who attend our LCMS churches but haven’t got a clue.

"The first Lutheran I ever saw kiss the altar was the Rev. Dr. Edward F. Peters, my German and Greek instructor at St. John's College, Winfield, KS ..."

Is this the same Edward F. Peters who authored the two-volume 1968 Concordia Seminary ThD dissertation "The Origin and Meaning of the Axiom: 'Nothing Has the Character of a Sacrament Outside of the Use', in Sixteenth-century and Seventeenth-century Lutheran Theology?" It is a prodigiously learned and fascinating work, in which Dr. Peters demonstrated (among many other things) that the "axiom" first arise in Reformed purlieux among those hostile to some Lutheran liturgical practices.

Recently, I've read an account of the provenance (almost 500 years) of the Cranach altar retable at St. Wolfgang's church at Schneeberg in Saxony. It's a miracle that we have any of it left to us today. Beholding glory is applicable to the visual arts, just as it is to the musical arts. Here at Schneeberg we have the first church built and furnished for Lutheran service in the 1530s while Luther was still alive. In the 19th century, CFW Walther attended the Schneeberg Gymnasium and is presumed to have been familiar with St. Wolfgang's. Here's the link to the provenance piece at the Cranach Digital Archives:
http://lucascranach.org/DE_WSCH_NONE-WSCH001A