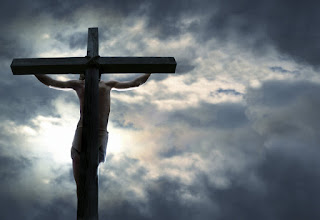 There are things in the Bible we do not get.  We find it hard to condemn when others do not get them because we find Jesus’ words dark, hidden, mystical, or just plain obtuse.  But when it comes to what He has come to do, Jesus is nothing but plain and open.  He repeats it over and over again just in case His disciples are not listening.  And He asks them over and over again to see if they are, indeed, listening to Him (as we heard the Father command on the Transfiguration mountain).

Who am I?  Who do others say I am?  Who do you say I am?  You will notice that Jesus is not interested in what people feel or even think but the confession of their words.  Who Jesus is not a private thought or a passing attraction but the confession of words that hold you accountable.  So, who do you say I am?  Peter jumps in both as one man and as the public leader of the twelve.  “You are the Christ.”  Matthew fills it is a bit.  The Son of the Living God.  And Matthew includes the solemn statement that flesh and blood did not reveal this to Peter but the Father in heaven by the power of the Spirit.

Our Lord began to teach them.  This is what it means.  The Son of Man must suffer many things, be rejected by the elders, chief priests, and the scribes, and be killed, and after three days rise again.  Nobody was ready for that.  Certainly not Peter.  He was ready to confess Jesus but only within certain parameters.  The cross was not one of them.

So St. Peter took matters into his own hands.  Jesus had to be dissuaded of this notion of suffering and death.  Surely there is another way.  We think the same thing.  Why did Jesus have to suffer and die?  Could not God have saved us some other way?  Surely sin is not so bad as to require death?  What good ever comes from suffering?  We spend our lives avoiding it.  What kind of Savior would embrace suffering and surrender His life to death?

It backfired.  I do not know what gave Peter the idea that he could talk Jesus out of anything.  But St. Peter must have known at some point that this was not a smooth move at all. I like the detail Mark has put in here, perhaps directly from Peter’s recollection.  Jesus looked around and saw His disciples.  In other words, just as Peter’s confession was a public word, so was his rebuke of Jesus a public word.  This cannot be simply between Jesus and Peter.  So right there in public, before the rest of the disciples, Jesus called Peter a demon, Satan himself, and warned him to get his mind out of the gutter of self-interest and onto the cross.

Peter was not a private individual here but the defacto leader of the apostles.  Peter’s words are not private.  This is a word of warning for ever pastor and, indeed, for every Christian.  Words have consequences.  You own your words no matter what the consequences.  Make the good confession and Jesus owns you.  Make the bad confession and Jesus will call you out and condemn you.

Until Jesus condemns him, Peter does not see the problem.  He is only trying to protect Jesus from Himself.  He is only trying to find a way around the cross.  Wouldn’t we all prefer that Jesus not have to suffer and die to save us?  But to stand in the way of the cross is to stand in the shoes of Satan.  For Satan does not want Jesus to suffer and die.  Satan knows that this suffering and death will undo him and end his reign of fear.  Jesus seems so harsh and cruel.  Peter was only trying to help.  But whoever puts a roadblock before the cross and whoever preaches Christ without the cross is nothing less than an agent of Satan.

To his credit, Peter did not fight it.  He backed down.  He repents.  If Mark’s Gospel is really the memoirs of St. Peter, he could have tried to explain it all away but Peter does not.  He owns his sin.  He repents of that sin.  He shuts his mouth before the Lord.  He lets Jesus be the Christ.

Why is it so hard to let Jesus be the Christ, to suffer and die and rise?  That is what the rest of this reading is about.  For it is not simply Jesus who is called to suffer and die.  Once we prayed every Sunday “for those who suffer for Thy name’s sake and for Thy truth, that they may receive and acknowledge their afflictions as the manifestation of Thy fatherly will.” What?  God’s will is that I suffer for His sake?  Ahhh, there is the rub.  This is not simply about Jesus suffering for us but about our suffering for Him?  Who wants that?

If anyone would come after me, let him deny himself and taken up his cross and follow me. Whoever would save his life will lose it but whoever loses his life for my sake and for the Gospel’s will save it.  If you are ashamed of me and my words now, then I will be ashamed of you when I come in my glory with the holy angels.  Do you get it now?

We want a life without suffering and we want to be redeemed without suffering.  We want a Gospel which is easy and comfortable and reasonable.  We are just like Peter.  The reason we don’t want Jesus to suffer and die is because we don’t want to suffer and die.  If we follow Jesus, we know where that road leads.  Who wants to go there?  Who among us ever prays to accept suffering as part of God’s Fatherly will for us?

We need to repent with Peter.  Not my way but God’s way.  Not my will but God’s will. Not some fairy tale Gospel of happily ever afters but the real Gospel that leads to Easter only first through Good Friday.  Not some Hallmark card life but the real life in which we willingly take up the cross and follow Jesus and where we own our confession publicly even it if means suffering for the sake of the Gospel. . . or worse dying for that faith.

Jesus knows He goes as the Lamb of God to the slaughter of the cross.  There is no nice way of avoiding this or sugar coating what happens there.  He must die.  But His life will not be taken from Him.  He willingly surrenders it knowing that the redemption of the world can only happen by this sacrificial decision.  Who for the joy that was set before Him, endured the cross and scorned its shame.  He does not flinch from the cost of redeeming us even though He has no death wish and He does not minimize the cost of fulfilling the saving will of the Father.

So no wonder Peter says “not today Jesus.”  And no wonder Jesus says “Peter, you talk like Satan.”  And that is exactly where we find ourselves.  Between the “no” of Peter to the way of suffering and the “no” of Jesus to any way but the cross.  Peter got it right between the eyes.  If you don’t like it, Peter, get out of here.  And our Lord shows us the same out.

This is not about half baked solutions because the problems we face are not small.  The world is dying and our hearts are filled with evil.  The world cannot be saved except by the suffering and death that can pay the full freight of sin’s cost and by the life that can overcome death.  It is the cross or nothing.  And in the same way, our confession is the cross or it is no confession at all.  And our lives in Christ are cross shaped or they are death bound. It is not the solution we wanted but it is the only salvation that saves.  Jesus is perfectly plain and open about this.  And this is our call before the world.  To be just as plain and open.

I liked the simplicity of this message which we all need to reflect upon. Who is Jesus? Who do we think He is? How do we react to what He has done by going to the cross for us? I have read many on-line articles from Lutheran and non Lutheran pastors, writers, and Bible teachers, heard all of the dogmatic debates and discussions of apologetics, and the puzzling differences always make me feel....where is the unity we are supposed to have as followers of Our Lord? So then, I just step back a bit and contemplate the plain simplicity of the Gospel, and Jesus own words to His disciples...and to us as well. This article did not get deep and profound: it just spoke bluntly about Jesus. It made my day. Thank you for sharing it with us,

Pastor Peters, you stated Satan did not want Jesus to suffer and die. This struck a chord because my impression has been that Satan unwittingly considered Christ’s death on the cross to be a victory for the bad side and that he cheered and jeered Him every step of the way up to Calvary until the Resurrection made it clear that the table had been turned. Is there forensic/scriptural proof for either of these portrayals?

Perhaps it is that satan wanted Jesus to suffer and die but not the suffering and death that would atone for sin and overcome death but the one that would be an end to Jesus.