How do you incarnate the Gospel in the family. . . and other questions. . . 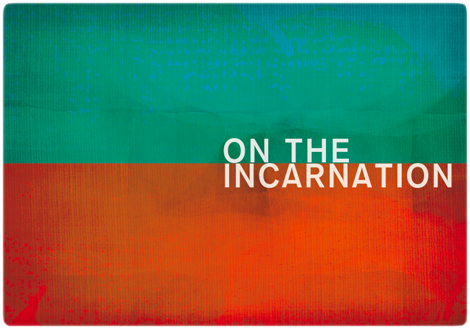 Amoris Laetitia, according to Cardinal Parolin, as well as indicating the Church’s “embrace of the family and its problems in the world today, really helps to incarnate the Gospel in the family — which is already a gospel: the Gospel of the family — and at the same time is a request for help from families that they might collaborate and contribute to the growth of the Church.”

I generally do not see myself as stupid, perhaps not all that smart, but not stupid, yet for the life of me I cannot figure out what the good Cardinal is talking about.  What does it mean to incarnate the Gospel in the family?  What does it mean the Gospel of the family?  This is one of those strange terms which is bantered about as if it had real meaning but in reality is mean as an obfuscation, a deliberate use of words not to illuminate but to hide how a change in their meaning is being promoted.

And then there is the issue of Amoris Laetitia and its apparent opening of a door to people who yesterday were living in sin but today may not be. . .

Is it necessary to minimize sin in order to maximize the Gospel?  In other words, must the Church overlook doctrine in order to address the broken families with the Gospel?  Does the Gospel overlook sin?  I thought that the Gospel confronted sin with forgiveness and called the forgiven to "go and sin no more. . . "  Perhaps I am wrong.  Perhaps the Gospel really is telling people living in broken and sinful relationships that it is no big deal -- as long as your intentions are good, God is good with you.

I know Lutherans and Roman Catholic do not deal with the issue of divorce in the same way.  That said, I had no idea that Rome was going to shift its paradigm by ignoring sin and its brokenness or by mitigating that sin and brokenness with the healing balm of good intent.  To be honest, I know of no one ending a marriage or remarrying without a good intent.  Don't we all want the next marriage to be better than the last one?  Don't we all want the divorce to release us from the broken and irreconcilable circumstance of the broken marriage and believe we would do better the next time around?  Very few of the people I know intend for their marriage to fail or do not intend for their life together to be anything but happy and satisfying.  Do good intentions minimize our culpability when we sin?

Far be it from me to tell Rome what to do 😇 but it seems to me already fairly evident from liberal Protestantism what happens when you begin heading down the slippery slope of relativizing sin or raising good intention above the sin.
Posted by Pastor Peters at 6:00 AM

Excellent post! This encyclical has raised far more questions than it answered, and for good reason: look at the source. Rome is led by an anti-pope at the present time, and it is paying a heavy price for that error.

Confusion happens when phrases are thrown out, and they are not defined, such as ‘Gospel of the family’. It could mean the sacrifice people give in a family that emulates Christ’s sacrifice for all of us. It could also be part of ‘feel good’ theology. We have become too much of a sound-bite society.

This is a good example of how heterodox theologians use weasel words to obfuscate the perspicuous.