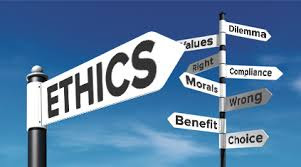 A theory has only a limited lifetime.  It must move past the theoretical stage and become accepted as  the norm or it will be forgotten, lying upon the dunghill of other forgotten ideas that lived and died.  But when a theory becomes normative, it is impossible to kill -- not even the truth can do it in.

So it was in college in 1973 that I first met up with Joseph Fletcher through his 1966 work Situation Ethics: The New Morality.  It was a game changer.  Fletcher, then an Episcopal priest, proposed a radical new shape of morality that would directly challenge the Judeo-Christian ethic.  In Fletcher's world, ethics were not absolutes but relatives.  The issue of choice or decision-making was not formed by fixed values or laws or rules or presuppositions but were to be based upon the particular  circumstances of a particular situation.  Love was absolute, the motive behind the decision or choice, but not values or rules or laws or presuppositions.  If love was the intention, then the outcome, the decision, was beyond challenge.  Love was the only absolute and it was the end that justifies the means.

What began with faith, a reaction to the Scriptural statement "God is love," eventually went beyond faith as Fletcher acknowledged he no longer believed in God but defended his situational ethics as still true.  In the end, however, this would be the most effective counter to sacred character of life that was the hallmark of the Judeo-Christian ethic.  In the end, it was an informative force in supporting the wave of pro-choice and anti-life measures that began with the legalization of abortion.   Fletcher ended up being a leading academic proponent of the potential benefits and therefore the absolute value of abortion, infanticide, euthanasia, eugenics, and cloning.

Fletcher had no trouble in suggesting that some human lives were more human than others, some life was more valuable than other, and that all life must be judged by some 15 indicators of real humanity (which he proposed).  Among them was the judgment of life by intelligence, self-awareness, memory, communication, and a real and substantive future.  In other words, life was not sacred or special in any way except by the judgment of others.  It is no surprise, therefore, that the child in the womb was not accorded any special protection and it is no shock that Fletcher accorded the aged and infirm with only a relative value easily removed by the judgment of others.

I have no illusions about the role Fletcher played in the direction of society and culture, here and throughout the world.  He is not responsible for anything more than giving our callous disregard for the value of human life an academic and moral framework to support it.  Yet that is exactly where we are now.  Procreation is viewed by most folks increasingly in technological terms, abortion has been the law for 45 years here and is considered to be the minimum of all developed nations, assisted suicide has found a sympathetic hearing, and health care is routinely rationed against those considered too old (here as well as in countries with socialized medicine).  The guilt and shame are ours.  We have created a morality that puts us in charge of what is good, right, and salutary and we have created an intellectual and moral foundation to justify our bias against the special character of life.

Now we live in a culture in which situational ethics is normative for those who consider themselves religious as it is for those who have no religion.  Fletcher died in 1991 but I wonder what he would think if he surveyed the fruits of his position.  While I can hope he would live to regret and repent of all that he did, I suspect he would be happy for the assist his intellectual and moral theory has given to the morality in which the best and highest is everyone doing what is right in their own minds.

If philosophy or a code of ethics leaves out God, the results soon become monstrous. Often secular systems become involved with 'situational ethics'.

Let me guess, this clergyman didn’t trust in the authority and infallibility of sacred Scripture or the confessions of the conservative Reformation. Oh, that’s right, he was an Episcopalian Christian.