The decline of the moderately religious. . . 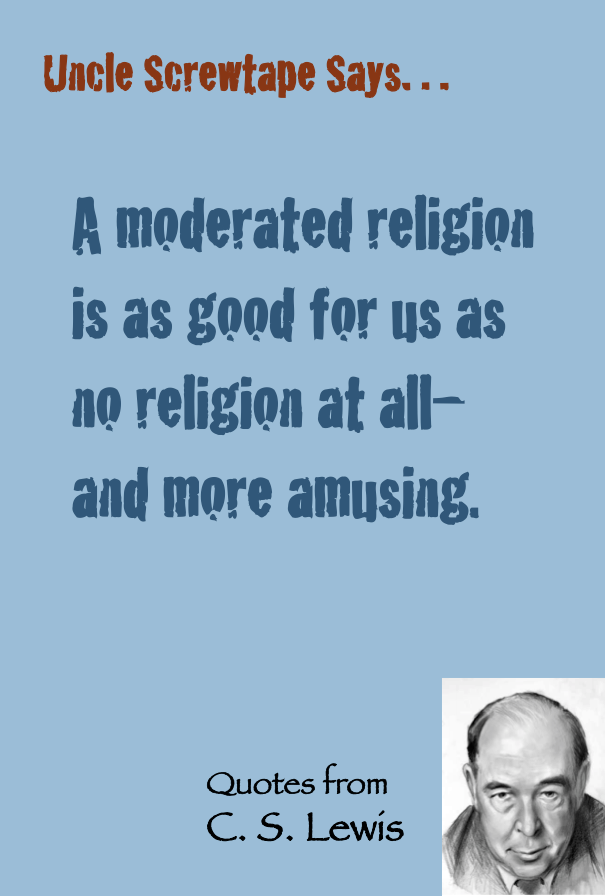 According to an article in The Federalist, religion in America is not on the decline but moderate religion is.  You can read the whole article here.   The article references a study accessible at

You can read and see for yourself.  The great decline in American Christianity is due mostly to the decline in mainline Protestantism, also known as liberal Protestantism, which has been bleeding off members for decades.  While this is due in part to the aggressive social positions which have also divided some of those churches, it is also due to the fact that the factual basis in history has been eroded in these churches so that there is literally less to believe.  What is left is a deistic religion which promotes the Fatherhood of God and the brotherhood of man humanity people and a militant approach to enforcing and even anticipating the liberal social agenda of everything from abortion to same sex marriage to war to immigration policy to, well, you get the drift.

The ELCA is a poster child for this decline.  Once having some 5.2 million members, that body has declined some 2 million people, spun off two more denominations (the NALC and the LCMC), and left more than a million on the roadside in the process.  But, that is another blog post.  Let it suffice for me to say that becoming less Christian (or less distinctly Lutheran, for that matter) is hardly a path to a reinvigorated Christianity or church body.  In fact, it is just the opposite.  The less of the faith a church offers, the less there is to attract people from their generic spiritual but not religious identity or from no religion at all.  It is this that has fueled most of the nones.  They find it less than compelling to join a church that stands for little but embracing the train of social and moral change.  Even the young of our age who have fully embraced those sexual ethics have found this not enough to interest them, attract them, or keep them in these graying mainline churches.  And where other denominations have portions of their members or segments of their parishes who sympathize with liberal, progressive Christianity, they find that those parts of their church are also on the decline.

So let me end with my familiar point.  Being less Lutheran or less than Lutheran does not attract anyone nor will it offer anything but a more rapid decline to those who are Lutheran.  We do ourselves no service to fawn over the Evangelicals who pass around people to the newest, next best, emerging curve of technology and self-help religion any more than we advance the cause of Christ by abandoning the historical basis of the faith and turn Christianity into another version of the spiritual but not religious religion of the internet.  The Gospel works folks.  The Word does what it says.  The Sacraments deliver what they sign and promise.  Give up the gimmicks and stop trying to turn the church into an agent of social change and simply preach Jesus Christ and Him crucified, administer the sacraments He has instituted, worship with the reverence and awe due the mystery of the God who comes to us in flesh, sing the hymns that testify to this faith, and teach the whole counsel of God's Word.  It is not flashy or on the cutting edge of anything but it is the means by which the purpose of God is fulfilled among us and the Kingdom of God comes in our midst.

Moderation may be laudable in a variety of settings but the moderately religious are worthy of little praise.  Remember the lukewarm and how God has promised to deal with them?  Perhaps we don't need to be fanatical but we do need to be faithful and being faithful in our modern age may risk being labeled fanatical.
Posted by Pastor Peters at 6:00 AM

Insightful and relevant article. Lukewarm Christianity is evident in our culture, but one should be fair and honest about the causes. It is not just the cultural immorality of our day: it is also due to the factional differences between denominations in doctrinal matters, lending confusion to the born again Christian searching for the truth. The Baptists preach free will. The Calvinists teach predestination. Lutherans preach Law and Grace. I know we should all be on the same page when it comes to understanding the Gospel, but denominational differences create some of this confusion. However, the liberal churches, like ELCA and others, have done more to nullify the word of God and damage the Gospel than anything we have seen lately, as they see cultural relevance as more essential than Biblical truth.

Thank you for this post. This is very interesting information for me.