Will there be another? 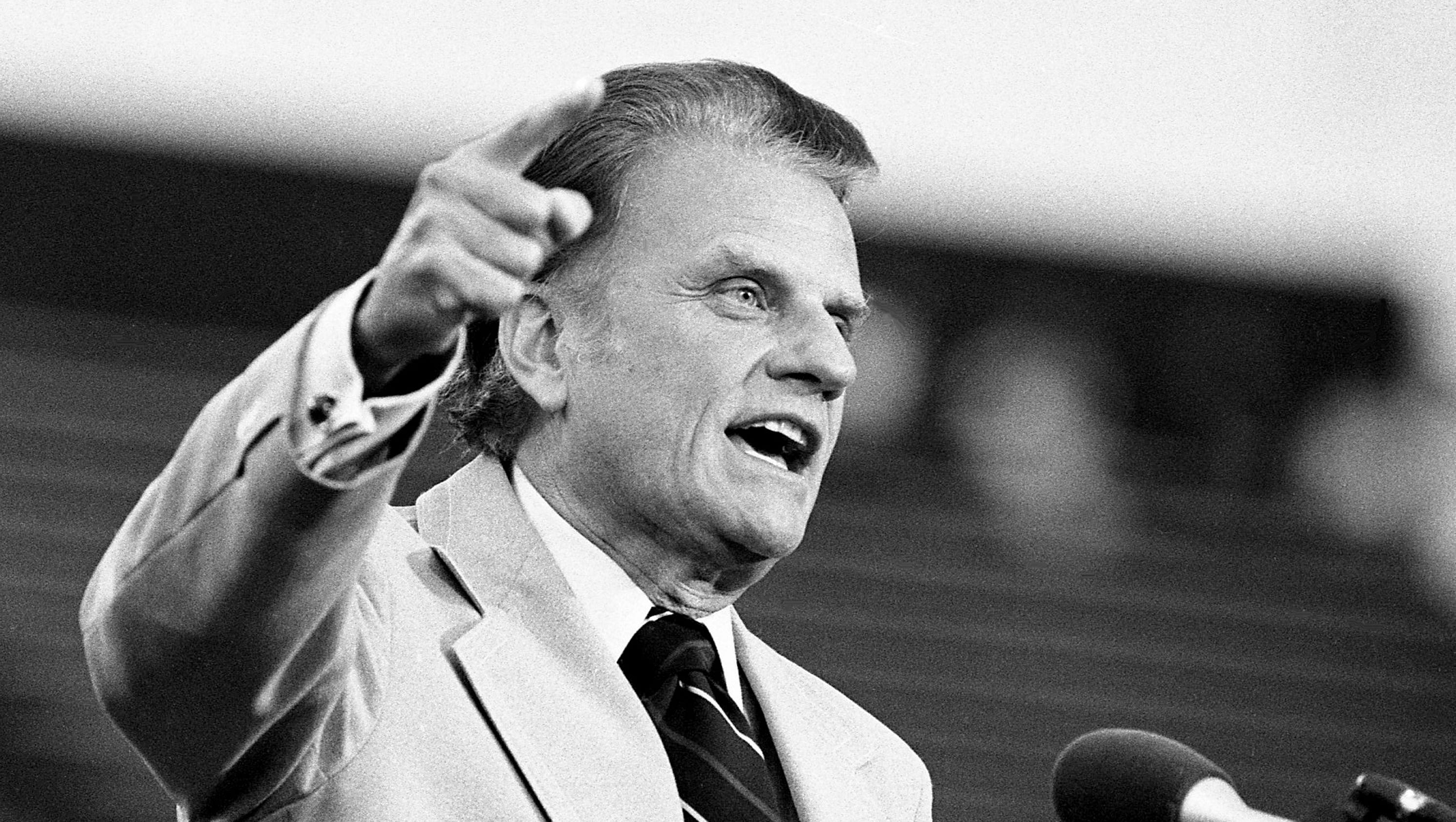 Ever since Billy Graham died, the question of a successor has inhabited the minds and curiosities of many folks.  But another question has also been making the rounds, will there be another Billy Graham?  Of course the predictable responses focuses on the changed media environment that might prevent such a pivotal figure to be raised up again or the changed social environment that might make it hard for even a worthy figure to gain the ear of the people.  What I find most curious is not if there will be another Billy Graham but why we think we need one singular individual to rescue us from the abyss of skeptical modernity, individualism, secularism, preoccupation with sex and gender, immorality, and despair?  Do we not already have the One whom God has raised up to rescue us from our enemies without and within?


It is great to have profound and eloquent leaders who can sense the moment, reach into the hearts and minds of people, galvanize support, and lead us to a better place.  I am not against such leadership.  But such leaders come along once in many generations and, it often seems, they are more rare in modern times than before.  Do we wait for another Billy Graham?  Do we sit on our hands until another national figure comes along who can bridge the divides with a voice and presence to unite us?  Does the Church sit in limbo until a mighty figure arises who transcends denominational divisions?

There was no Walther or Behnken or Luther who brought me to the waters of baptism and saw to it that I learned the Catechism and Scripture and was brought to the Table of the Lord.  My parents, extended family, Sunday school teachers, and pastor did that.  The most profound shapers of my spiritual life as a child and youth and young adult were not people who held official offices or whose names were even known beyond a fairly small circle of people.  In that, the situation has not changed today.

Though many place great expectations on our big name leaders and hold them responsible for things beyond their power and blame them when things do not go as they should, the real work of the Kingdom is done locally in homes where faithful parents teach their children well and in small classrooms where Sunday school teachers teach the great stories of the Bible and in hours spent memorizing the catechism and in the many Sundays in the pew (where Word, liturgy, sermon, and sacrament provide profound catechesis) and in conversations with the saints whose word and example testifies to Christ.

I am not saying we do not need great leaders.  We do.  But the future is written not by great leaders but by faithful single people, faithful spouses, faithful parents, faithful church workers, faithful volunteers, and faithful servants of Christ wherever God has placed them.  Once we begin to believe this and act accordingly, the work of the Kingdom will not only benefit but we will have better leaders because we will be shaping them starting right now before anybody knows who they are.
Posted by Pastor Peters at 6:00 AM

Ask someone under the age of 25, if they knew Billy Graham.
You will probably get this response, I did not know him, but
my parents enjoyed his crackers."

Bu... bu... but we need a prominent Protestant preacher who we can claim has referred to the LCMS as a "sleeping giant" for the next 40 years.

Really like this article. It points us back to our responsibility to share the gospel with those whom God has placed in front of us...our kids, friends, co-workers, fellow parishioners, etc. Sometimes it is altogether too easy to want to rely on some big name with a pristine suit to do the job of evangelizing and teaching. It is much more difficult to roll up our sleeves and do it ourselves. Over the last few years I have really tried to have a regular Bible study with my wife and kids. There is nothing so frustrating as wondering if your eight year old son who seems more intent on playing with the cat than listening to the story is being impacted. That is until he says something so simple and profound that its like, he gets it!

If only Lutherans knew how to witness to Jesus!

Sorry, this is not 1963. People had one of three basic ways to discover and consume information: Less than ten TV channels, AM radio, and newspapers. The choices on each platform were limited.

Fast forward to 2018: Hundreds of cable and "free" TV channels, tens of thousands of web pages, blogs, and social media pages. Which individual would be able to attract the attention of everyone? American society is way too splintered into various competing subgroups:


There was hope that either Fisk, Wolfmueller or Rosebrough would attract millions of converts to the LCMS/AALC and that one of them would become the next Billy Graham. Why hasn't this happened? They cannot even get the hopelessly fragmented, dysfunctional LCMS to unite behind them.

The LCMS lost what would be called in modern terms branding when we no longer telecast ‘This is the Life’. I do have hope in Greg Seltz and Matthew Harrison when they speak to issues in Washington.