What an odd opening ceremony it was for this odd Summer Olympics!  Without crowds in the stands to play to, it was contrived for camera only.  But then the whole Olympics have become a financial tool sponsored by those who want to use the competition and the athletes for gain and a theater for the ideals of a one world stage without competing loyalties and distractions.  How is that working?

Then there was the spectacle of the Japanese, a culture so often obscure and closed to Westerners, singing John Lennon's 1971 hit Imagine.  What was even stranger was to actually listen to the words that they were singing.  Written fifty years ago, who could have imagined that they might become reality some day. 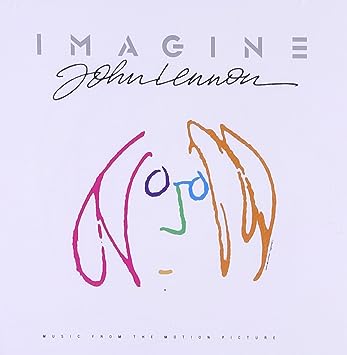 It's easy if you try
No hell below us
Above us, only sky
Imagine all the people
Livin' for today

Imagine there's no countries
It isn't hard to do
Nothing to kill or die for
And no religion, too
Imagine all the people
Livin' life in peace

You may say I'm a dreamer
But I'm not the only one
I hope someday you'll join us
And the world will live as one...

Though there is evidence that Lennon later disavowed the notions of this song, it is clear the world has caught on -- not only to the melody but to its lyrics.  In fact, look around you.  What we are moving toward with great rapidity is the world Lennon imagined -- a world without faith, religion, Church, Country, piety, patriotism, and free market capitalism -- toward a more socialist view of the world in which freedom is gladly exchanged for security and no offense is tolerated against what is deemed the public good.

In other words, we do not have to imagine it -- we can look around to see the seeds of this godless, immoral, truthless, and loyalty free world.  It is the shape of things to come but already the shape of of things present.  So the real question is this.  Do you believe that a world without God, without faith, without the Church, without external piety, without patriotism and loyalty, and without a market driven economy will provide more happiness, value, worth, and satisfaction to our daily lives?  If it would produce these fruits, would it not also be true that we would begin seeing them?  But we are not happier or more at peace but lonelier and more depressed than ever before.  The surrender of our liberties has not produced safer lives more insulated from threat and danger but lives more at risk than ever.

Though Lennon was smart enough to write off his lyric as a youthful passion, I am not sure we could count him as a great fan of the things the song decries.  I am not sure we are wise enough to see through the imagination to the reality of a world without the things of God, without freedom and liberty, without the industry and initiative of the individual rewarded for them, or a world without solid values.  We seem to be doing a pretty good job of burying ourselves deeper in this imagined world rather than realizing that its cost may be greater than we think.

The unfortunate thing is, this song is the anthem of the new religion of wokesters (the elect).