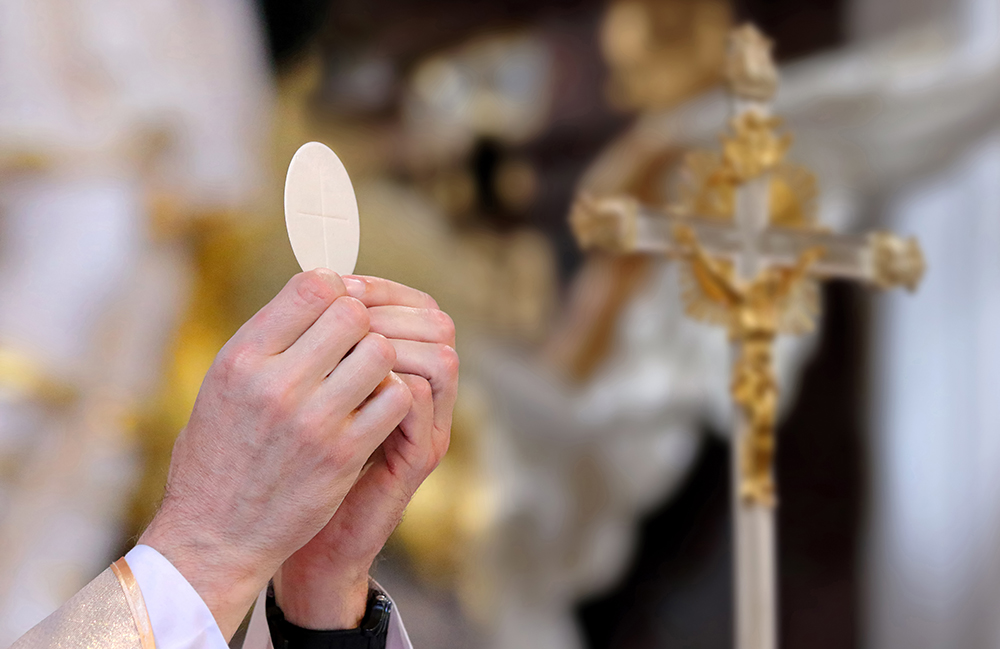 I recall a time in which business and entrepreneurial methods were encouraged by para-church groups loosely allied with the LCMS and when the hymnal and organ were stigmatized as enemies of growth.  It is not quite that way today but the currents that once believed that selling franchise food and the Eucharist were similar and that once believed you needed to have catchy, repeated lyrics to music with a beat or folks would leave.  It seems as if those who propose such things are less committed to changing the mind of the rest of us than they are preserving themselves as a shadow Synod within Missouri -- maintaining their views and practices where they are able.

I also recall a time in which pastors would openly laud how they wore down the resistance to ditching the liturgy for a manufactured order (usually without Holy Communion -- thank God!).  Or how they got their enemies to leave so that the altar could be moved to the side and a praise band situated down front.  Or how they convinced people to turn their attention to the screen and the pictures and words fed to it that medium by the worship planners.  They were moving toward a goal and, though this congregation did not allow them to move their quickly, the parish seemed to take sips at becoming an ape of whatever was happening in the evangelical world at the moment.  Perhaps those battles are fewer; I do not know.  It does seem like the battle lines have now been entrenched for long enough so that neither side is making great progress against the other.  It has become a somewhat peaceful co-existence -- albeit with some barking dogs (like me) still arguing.

There is another moment in Synod.  It is a moment in which reverence is gaining ground -- if not among the proponents of contemporary Christian worship techniques and practices, then at least among those who were liturgical but not quite ceremonial.  These are those who use the book but use it because they are Lutheran and that is custom even though they are not wedded in faith and piety to the liturgical life that book envisions.  In these parishes, battles are still being fought about what people will accept and allow -- even in what the pastor does alone without asking the people to do anything!  Many of these pastors are committed to celebrating the Eucharist as the Divine Service on every Sunday -- as prayerfully and reverently as he is allowed to do.  This still means convincing elders and councils and voters' assemblies to let the pastor chant (even though this asks little of the folks in the pew) or to let the pastor wear Eucharistic vestments (even though this asks nothing of the folks in the pew).  This still means convincing elders, council, and voters' assemblies to allow for a weekly Eucharist (even though this does not belong to anyone's voting franchise except the pastor's pastoral determination for the parish and consistency with our chief confession!).  This still means convincing elders and councils and voters' assemblies to follow the rubrics of the hymnal (in parishes where I have filled in, the worst offenders were those who insisted that they did it by the book only to give me pages of instructions about how they did it here!).  This still means convincing elders and councils and voters' assemblies that the pastor genuflecting is not Roman nor is his self-communion idolatry.  Yes, I know of places where exactly this is what has had to happen.

We seem to want a reverence that is moderate and not excessive -- sort of like the casual and rational God we would want.  But God is not casual nor does He condescend to our reason or understanding.  The worship of this God in the Old Covenant was not moderate at all but excessive and God directed every detail of the temple right down to the vestments of the priests.  Thankfully, we seem convinced that this God underwent a personality change in the New Covenant and is now pretty much good with whatever we decide, prefer, or find meaningful.  Hopefully, we will not be shocked with the things of the Old Covenant forgotten in the New return with even more excessive reverence, ceremony, and profundity when Revelation becomes reality and what Christ began is completed for all eternity.  How odd it is to think that there might be excessive reverence for the sake of a God who is wholly other and knowable only as He chooses to be known!  Indeed, we look for a magical line between reverence and excessive reverence in the face of a God who is relentless in His pursuit of us that we might be His own and live under Him in His Kingdom forever.  That line, my friends, does not exist.  It is fake.  It is false.  It is a lie.  The God who went all in for us cannot be offended by excessive reverence and devotion but He might be by our half-hearted attempts to be holy -- if only for an hour on Sunday morning.  Inward reverence that refuses to show is not quite reverence and just might be embarrassment borne of a concern more of what others and the world thinks than what is fitting for the high and holy God who became our incarnate Savior.  They go together or they don't go at all.

This post is full of whataboutisms. The typical LCMS congregation has a liturgical service straight out of LSB that includes Holy Communion. The instances of contemporary worship are not the majority. Yes, the LCMS may be hemorrhaging members, but there is no danger of some widespread move towards Evangelical nondenominational worship among Lutherans. Confessionally observant Lutherans recognize every Sunday communion as yes a goal, but the presence of members wanting to commune is what determines if communion is celebrated, not some Sunday mandate from the pastor.

Claiming that “reverence is gaining ground” as if LCMS worship at present is somehow not or lacking is frankly ludicrous. Bronze Age observers of the beginnings of the liturgical movement noted that a passion for the liturgy is a good thing, but that excess in liturgical practices turns most Lutherans off. Rather than accusing those who are resistant to liturgical excess by accusing them of a lack of reverence, why not give them credit for understanding the Lutheran Confessions’ voluminous commentary against liturgical excess modeled on Tridentine practice and their reverence instead for a living actual German Lutheran liturgical tradition of our forebears. And dragging out liturgical examples from the Old Testament and Revelation are simply weak: not only did the New Testament church not worship this way, but this type of exegesis for the sake of mandating what is God pleasing liturgical worship has no Lutheran confessional or theological provenance. Luther would strongly disagree.

Agreed. How can our God be insulted by our serious efforts at piety and devotion? Would He not rather be insulted by our focus on “how we do it” to the exclusion of recognizing His presence and will? Would we rather err on preparing a lavish meal for a guest famous chef over a hastily thrown together bologna sandwich? This is a familiar argument (would you meet the president dressed like that?), but still apropos.

I have no idea who you are or where you live but your knowledge of what goes on in the wider Synod continually leads you to think the bigger problem in the LCMS are those who add ceremonies and not those who subtract liturgy. If you spent time in the Synod, you would know that the bronzies tend to be Upper Midwest and perhaps Missouri but in the wider Synod the contemporary crowd is significantly larger (and in the Upper Midwest in cities). It matters very little if you say or it is correct that the majority of our congregations use the Hymnal. What matters is how many of those attending church in an LCMS congregation use the hymnal. That percentage is much smaller and some have suggested that the majority of people, not parishes, are worshiping in LCMS congregations with blended or multiple options (of which the hymnal is Sundays at 7 am) or full blown evangelical wannabes. Look at St. Louis and see how many little congregations it takes to make up for St. John Ellisville (dba Pathfinders). Reverence is not a given in the LCMS.

If a congregation effectively votes against the pastor offering the Sacrament weekly, you can surely bet there will be no one lined up to receive it. What you say speaks more of your reticence for ceremonies than it does a challenge to what was written.