Not all fruits of the liturgical movement are bad. . . 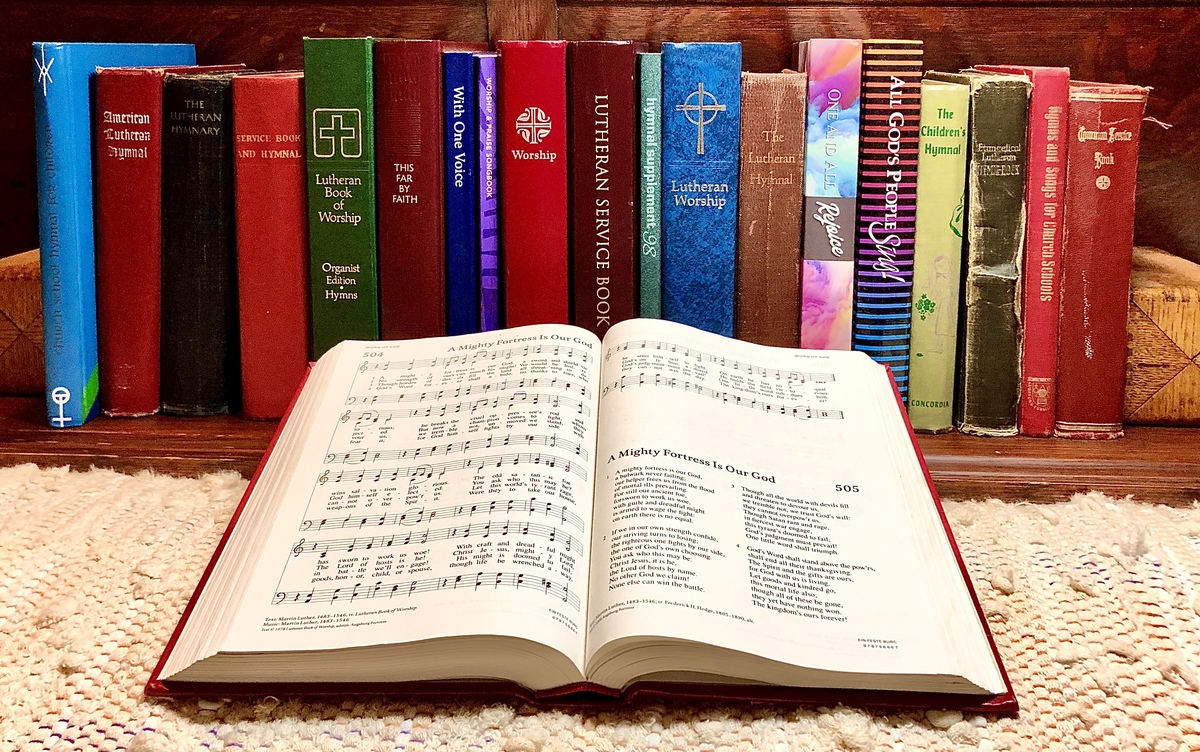 I was there when the first volumes of the Inter-Lutheran Commission on Worship came out in the 1970s.  I was there for the hymnal introduction workshop of Lutheran Book of Worship, Lutheran Worship, Hymnal Supplement 98, and Lutheran Service Book (and led a good share of them!).  To some, these were dark days in the life of Lutheranism.  None of these books was or is a perfect book and neither were The Lutheran Hymnal or Service Book and Hymnal or any of their predecessors.  I would be able to write a perfect book for me but I am fairly confident that many would find fault with it and it would not be a best seller.  Yet each book has brought not only some problems but advances in the cause of true and faithful liturgical reform.  I only wish some would admit it instead of living in the bubble of their own personal preference.

Not all the fruits of the liturgical movement are bad.  We count on many of them today as if they were somehow separate from and unrelated to the liturgical movement.  The mere fact that we are talking about worship is an improvement over the past.  The seminary preparation of the past was woefully inadequate for pastors to understand and teach why we use the Divine Service and how to use it faithfully and vibrantly as it was and is intended.  If that were not the case, there would have been a more organized and broad based movement for the weekly Eucharist expected by the Lutheran Confessions, a revived practice of private confession, a better sense of baptismal identity in piety and daily life, and the terrible inroads of the evangelical style seeker services and contemporary Christian music would not have made such an impact on Lutherans.  Instead the things of faithful Lutheran worship were advocated by voices and groups largely on the fringes of officialdom in Lutheranism -- at least until the liturgical movement began to make them mainstream.

Anyone who has read the pages of this blog knows that I am no fan of liturgical change that is more than incremental in rite and form yet at the same time I am a fervent advocate for the renewal of worship through a weekly Eucharist, renewed practice of private confession, a baptismal focus for our Christian identity, and for liturgical preaching that is thoroughly Biblical and confessional.  Some of these things came about because the liturgical movement brought these into the conversation.  Let us just be honest here and give some credit where credit is due.  It is possible to use every hymnal the LCMS has produced and probably even LBW in an orthodox, credible, and confessional way.  It is not just the book that needs to be confessional and faithful -- so do the pastors using the book!  I would maintain that while we should have the best hymnal possible, it is a fraud and a cop out to suggest that any of Missouri's books have been tainted or are so defective they cannot be used faithfully or should not be used.  It is more than a cruel joke; it is a lie.

The Divine Services in LW and LSB are not quite different rites but they certainly do push the envelope of difference -- the major differences here not between the settings which came out of the liturgical movement but the hymn based ordinaries first introduced in HS98 and more familiarly found from Luther's own Deutsche Messe.  Anyone who says that the first two settings of the Divine Service in LSB cannot be used faithfully in an orthodox and authentically Lutheran (evangelical catholic) manner is simply wrong.  The term Divine Service does not equate to TLH page 15 or LSB DS 3.  It is a convenient hobby horse for some but it is a straw man that is creating as much of a divide within confessional Lutheranism as contemporary Christian music and worship has for the rest of Lutheranism.  If you like DS 3 then simply admit that it is your preference and stop trying to make it about orthodoxy.

In the parish I serve, less than 10% of our Sunday morning crowd grew up with or can recall singing DS 3.  Of course, we still use it at least some of the time but the predominant settings we use are 1 and 2 from LSB.  That is what most of our younger congregants (who were raised Lutheran) grew up with.  We use the rite to its best and fullest, an expression of beauty and reverence and awe as we stand on the holy ground of God's presence to hear the voice of our Good Shepherd and to receive His gifts.  Maybe it is different in your parish but don't make it about the orthodoxy or less than orthodoxy of the rite and admit that you are expressing a preference and nothing more.  I get it.  I have preferences, too.  For my part, I would prefer to use Service Book and Hymnal Setting 2, by Regina H. Fryxell.  I love it -- the Gregorian style chant is wonderful.  I love the Healy Willan setting from TLH also.  But these are marginally useful to the larger church -- we might all agree that they will be used only in a few settings today and will someday be forgotten.  That's okay.  I am not arguing a doctrine here but my preference.  When you put the TLH pg. 15 up there with the commandments delivered by God directly into the hand of man, you are trying to put it where it does not belong and you are hiding your preference behind an imagined litmus test of true confessional orthodoxy.

A few months ago I wrote about Bronze Age Missourians and it created quite a stir.  I was not trying to be smug but simply admitting that there is no pristine moment in Missouri when it all came together.  The TLH was a good book but not used as it should and, while it advanced the cause, LW furthered the work (if for no other reason than Nagel's Introduction and the absence of a truncated Divine Service without the Sacrament).  HS98 and LSB continued to move things ahead.  All are good and decent tools and everyone can be used faithfully and with doctrinal integrity.  Along with the books, the liturgical movement bore some wonderful fruit that we dare not deny -- more frequent Communion, more talk about private confession, more focus on baptismal identity, and more talk about worship in general.  Yes, all of those books had some problems (read some of the complaints written to the Synod when TLH was first published!!!).  Yes, all of us might have edited out certain things and put other things in.  Yes, we all have our preferences.  Yes, we all love to make exaggerations in pursuit of a point (even me!).  But the honest reality is that we would not be where we are today without the liturgical movement -- the bad and the good.  So man up, pastors, and use the books faithfully and with integrity and stop trying to blame everything bad upon the liturgical movement, the more modern hymnals (especially LW), and the rites.  Everyone of them can be used to advance the cause so well articulated in the Augustana -- no mass abolished, ceremonies preserved as expressions of the faith they sign, and a non-sectarian view of what we have received from our catholic past and what we commend toward the catholic future.