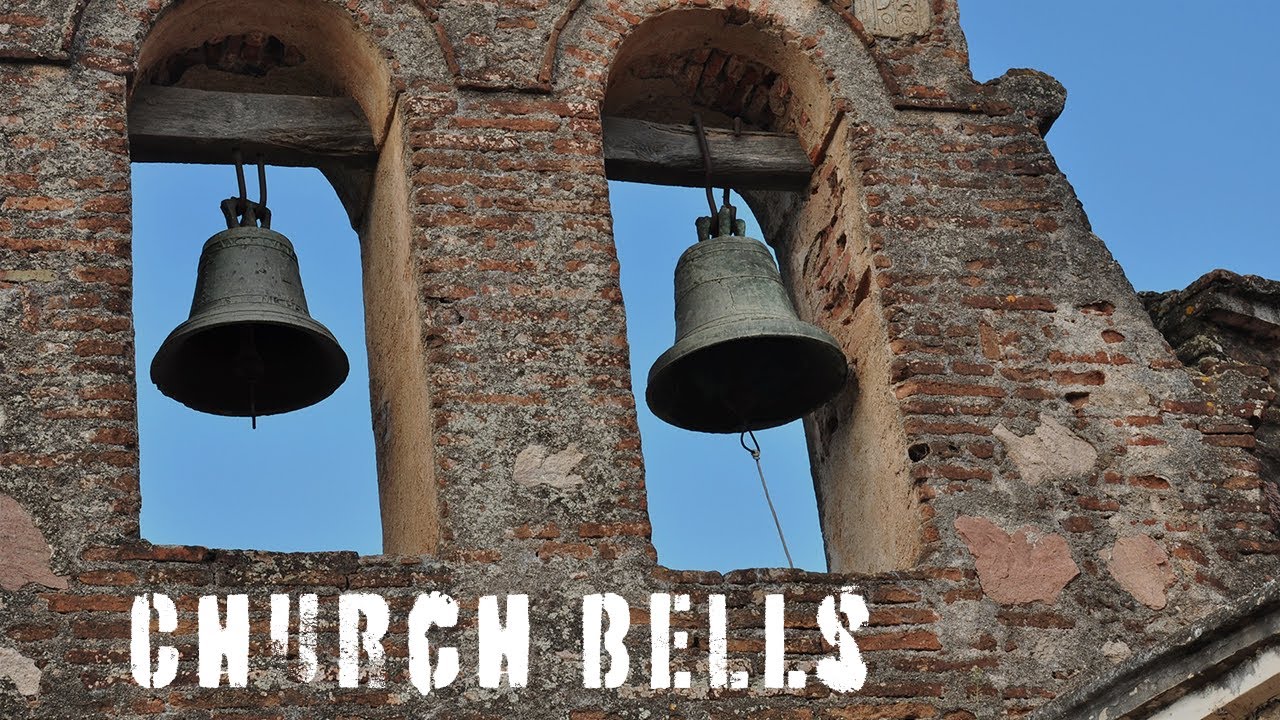 As most of you readers already know, I grew up in what most would describe as a bronze age, low church, Lutheran parish.  Interestingly, however, as low church as this parish was, chanting was the norm and the ringing of the bell was customary.  I do not mean the traditional ringing of the bell for the start of worship but the tolling of the bell during the Our Father and at other times within the Divine Service (Words of Institution and .  I did not know nor did I appreciate that this might be unusual to some.  The bell was not silent or rare but loud and ordinary.  When the Church bell was rung, people around the Church knew what was going on within the Church and, specifically, within the Divine Service.  The bell was an amplifier that magnified the liturgy by announcing it to the world and to the Christians who were absent from the worship of God'

Think of the bell as just that -- an amplifier that makes known to those not present what is happening at that moment with the House of the Lord.  In this respect the church bell is nothing more or less than the announcement of what is happening within the Divine Service at that moment.  The world hears the sound of the bell and with it the announcement that it is time for worship, that the Words of the Lord are being spoken over the bread and wine He has commanded and to which He has attached His promise, and that the assembly was praying as our Lord has taught us.  It is a good and salutary thing to hear the sound of the church bell whether you are apostate, heretic, or the faithful away from home.

The silencing of the church bell either through laziness or disdain is not a small thing.  Where once the bell rang out into the community a call to worship and a reminder of the responsibility of the faithful to be where God has promised to be, today the bells are more and more silent, it could be because even the faithful do not want to be reminded of their place and their purpose as the people of God within the House of the Lord, gathered around His Word and Table.  It could be because we no longer passionately believe, teach, and confess as we once did what we once did.  It could be because we have silenced the bell out of some misguided notion of simplicity.  All of these might apply, but the reality is clouded by the fact that we have for a long time focused ourselves away from God and the things of God to ourselves and the tyranny of the moment and our ability to define that moment.

The truth is I despise the term adiaphora for the false way it is applied as if these things were meaningless and their usage was defined by personal affection or appreciation.  Church bells are not the things on which we pin our salvation but who in the world would say such a thing?  What church bells are, however, are voices into the community and to the faithful to say we cannot hide ourselves from God or the things of God.  Now more than ever this witness is needed.  So I am one who would suggest flaunting the sound of the bell while half a world is sleeping or pursuing the purchase of the Starbucks that would awaken their day.  We need to sound forth and out the sound of the bell into a world more and more unfriendly to the faith and more and more willing to silence the kerygma that is either unwelcome or offensive to the consciences and preferences of those around them.

I think of the sacring bell and the church bell as almost confessional and urgent in our day of minimums, preferences, and whims.  Maybe nobody else will see it this way but I wonder if that is also a part of the problem.  The call of the prophet was never the welcome voice of a God who would come when beckoned and go away when unwanted.  What is was and is remains the intruding voice of God who refuses the back  bench or the waiting area.  Ring those bells -- not simply at the start of worship but in the places where the bells have traditionally been sung -- during the Our Father, the consecration, and at the benediction.  When silence becomes more normal to those within the household of God, it just may also become even more offensive to those who don't believe.  The many who think that the household should defer until the world lends its approval should consider how whole thing becomes little more than a wallpaper for those who want it and less and less a cause for which any one might be willing to die.