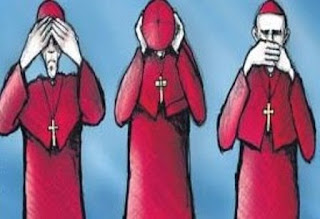 One of the things I have often found with Missourians is that their understanding of history begins with 1839 and the Saxon move to the US.  It tends to color and shape how we see things.  In the end it often distorts the image of Lutheranism we have and distances us from the history prior to the advent of the LCMS.  We tend to read Lutheran theology prior to Walther more as secondary sources from the footnotes than primary sources in their own words.

We have Koehler and Mueller and Pieper but we don't know  Johann Gerhard, Abraham Calovius, Martin Chemnitz, Aegidius Hunnius, Leonhard Hutter, Nicolaus Hunnius, Jesper Rasmussen Brochmand, Salomo Glassius, Johann Hülsemann, Johann Conrad Dannhauer, Valerius Herberger, Johannes Andreas Quenstedt, Johann Friedrich König and Johann Wilhelm Baier, among others.  I am certainly as guilty as most and we are only now opening some of these great theologians to the English speaking population (thanks to CPH and others).  I have already written a couple of posts on this but thought I would approach it from a different perspective today.

While reviewing the article on bishops in the Augustana (during Sunday morning class), I discovered that the issue with bishops raised there was not the one the people resonated to.  They thought we were against bishops because of their authority and because Luther sought a more democratized form of church government.  They initially thought the idea of supervision of doctrine and practice not a good one.  They instinctively saw bishops as vestiges of a "Catholic" past disgraced and repudiated.  Of course, I do not need to tell you that Luther had little thought of a democratic church structure.  He was a monarchist in terms of civil government and his biggest complaint with the bishops is that they did not exercise their teaching authority and proclaim the Gospel.  It was this failure that had placed a black mark on bishops -- their preoccupation with the civil realm, the confusion of Law and Gospel, and their failure to fulfill the ministry committed to them.  Now to be sure, Lutherans saw the episcopal office as a difference in responsibility and not in kind from the pastoral office.  But Luther and those with him certainly had no contempt for supervision of doctrine and practice.  Those who were given such responsibility were held to a high standard of faithfulness in exercising that responsibility but they agreed that the episcopal function was not in and of itself wrong headed.  It was just that Luther was less concerned with the title than with the responsibility, less concerned about who did it but whether they did it faithfully.

When we reviewed the history of Missouri, it was much easier to see why Missouri had a problem with bishops (Stephan and all) and it was easy to see how a democratic church structure evolved (one that could never have been conceived while still in Germany).

If anything, our fear of bishops has translated into a fear of the functions of supervision and oversight.  As individual Pastors of Missouri, we tend to resent in principle the idea that somebody can tell us we were wrong or did not faithfully exercise what was entrusted to us.  The congregational side of Missouri means that parishes also tend to resist and resent the needful role of supervision and oversight of doctrine and practice.  Which brings me to the point.  Part of the reason that there is such diversity within Missouri (both in theology and practice) flows from this fear and this failure of doctrinal oversight and supervision of the local practice.  Missouri has become an island nation of six thousand autonomous and separatistic entities who cooperate in certain areas but who have come to regard the role of supervision of doctrine and practice an unwelcome intrusion into local affairs.  Although I write as one who insists that this is exactly what we need, I also admit some fear and hesitation to place myself or my parish under the supervision of those with whom I have many disagreements over worship, mission, and our identity as Lutheran Christians.

The solution is probably outside our grasp.  We have added the muddy history of the 1970s and the schism in Missouri to the way we love to fear and fear the love of doctrinal oversight and supervision of faithful Lutheran practice.  It is beyond our grasp but that will probably not stop me from agitating for the restored roles of episcopate in knowing what is going on in the parishes under their care, knowing the Pastors in their districts, and the loving and faithful supervision of the doctrine and practice of both.
Posted by Pastor Peters at 6:03 AM

Right now we have as many bishops as we have head pastors at congregations... which wouldn't be a problem except we who are bishops think that we owe nothing to the other bishops in our Synod and tend to do whatever *we* want.

I thought the 70's split was an example of faithful supervision. The errant were called to repent. Many chose something else and now are somewhere else.

The constitution of the LCMS
stipulates only an ADVISORY role for
the Synod. This means there is no
real authority for District President
to supervise the doctrine and
practice of the local parish.

The ELCA has bishops and how is that
working? They are a timid group based
more on political agenda than
any theological oversight.

For the Life of the World, Volume Seven, Number Four, October 2003, contains an article by Dr Rast quoting the original constitution of LCMS, which text could not make clearer that forming a synod of 6000 some semi-autonomous entities is not at all the goal of forming LCMS.

If the "bishops" failed in the supervision of doctrine and practice, it is not just a moral failure but structural, in that the office of "bishop" as an historical development has no basis whatever in Scriptural overseers and owes is character entirely to the office of the state religion is became, most especially in the ludicrous fantasy of "apostolic succession".

Walther usw were entirely right in that there is no need whatsoever to imitate or recreate here an ecclesiastical structure that derives not from the Gospel but the civil structure from which they had come. Which also in no way, as the article, or more exactly the constitution it quotes, makes clear shrinks from the necessity of either the necessity of supervision or to what the supervisors stand for.

If an episcopate, or "the historic episcopate" were itself the answer, there would be no more confessionally faithful bodies than the RCC, ELCA, ECUSA, EKD, the Anglican Communion and all the rest with officers with pointy hats.

Our supervisors supervise, but have in many cases lost sight of what the supervision is to serve. Instead of investigating whether Synod's pastors have allowed them selves to be misled into applying the new measures which have become prevalent here, they investigate whether the pastors have not applied the new measures instead of caring for souls according to Scripture and orthodox practice. Which does not change by calling them bishops and issuing pointy hats.

One thing should be made very clear -- bishops in the ELCA have never been seen in the same light as bishops in the hierarchical churches -- their functions is for them most part administrative and when they are finished with their duties as "bishops" they may return to parish pastoral work.

LCMS Constitution Art 3:8...8. Provide evangelical supervision, counsel, and care for pastors, teachers, and other professional church workers of the Synod in the performance of their official duties;

7. The district presidents shall, moreover, especially exercise supervision over the doctrine, life, and administration of office of the ordained and commissioned ministers of their district and acquaint themselves with the religious conditions of the congregations of their district. To this end, they shall visit and, according as they deem it
necessary, hold investigations in the congregations.

For Lutheran Bishops to become
a 21st century reality in the true
sense of authority....they would have
to be called to that position for
life. The ELCA currently has 6 year
terms for their bishops and no limit
on the number of times they can be
re-elected. Once you take away the
political elections and call men
who are willing to serve for the
rest of their life , then hopefully
the quality would increase.

The Synod is an advisorial body... but no Pastor or Congregation has any right to be a member of the Synod if they fail to uphold the standards of doctrine and practice of the Synod.

Or in other words... if you don't take the Synod's advice you can leave.

But this is NOT in regard to the confession of faith nor the faithful doctrine and practice of the Church. These are NOT off limits but go to the very core of the common endeavor which is Synod.

The Synod is NOT an advisory body with respect to our confession of faith -- only in terms of convention resolutions, etc. and we do not vote on matters of doctrine and faith. Or is this up to majority vote???