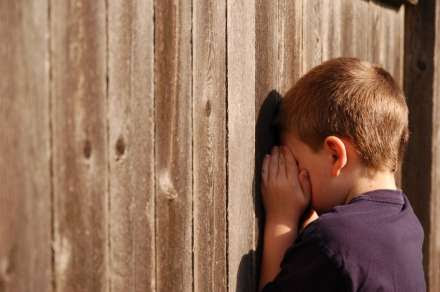 Those of you familiar with this blog know that I have a big problem with Lutheran congregations that do not identify themselves as Lutheran.  We have a number of prominent congregations in our Synod which have decided that the name "Lutheran" is either a hindrance or not an accurate identifier of their ministry.  I have blogged about this before and will not repeat myself.

Suffice it to say that Lutheran congregations are not alone in their shyness.  Many Baptist and other congregations have chosen names that either ignore or mask their confessional identity.  You might think that these would be useful shorthand descriptions of who they are, what they believe, etc.  Apparently not.

I stumbled across a piece which indicates that Lutherans are not the only ones to be embarrassed about or who choose to make their identity hard to find.  It turns out that a study found that more than 60% of the [Roman] Catholic colleges did not use the qualifier “Catholic” on their home pages.  Using the term Catholic on the home page is certainly a clear and expeditious way of communicating this; most would expect that if a college is Catholic, then the Catholic identity would be front and center, so to speak.

In this study seven markers were used to identify a college.  These included the word "Catholic" on the home page, a description of their affiliation with a sponsoring "Catholic" identity, academic or mission statement, social services, human resources information for employment, "Catholic" worship, and "Catholic" heritage.  It turns out that only a few of them passed and the great majority did not fully identify themselves as Roman Catholic institutions.  Now you might think that in the competition for students, a Roman Catholic institution might strongly show its identity since there are so many Roman Catholics.  Hmmmm..... could it be that this is a more universal problem?

Hmm...not unlike my own alma mater which, the first year I attended was aptly named "Concordia Lutheran College." Shortly thereafter it became simply, "Concordia College."

College Athletics plays a big part
in this trend. People know they
are RC, they just do not advertise it
The colleges listed above are BRAND
names in the world of athletes.

What drives these churches to eliminate denominational affiliation from their names?

Is it that the members don't feel the identity and that their only identity is just Christian?

Loss of specific identity to more generalized identity could be analogous to the American experience. People whose families are a mix of English, German, French, Irish, Italian, etc, are now just Americans. Likewise their families were Episcopal, Lutheran, Reformed, Baptist, Catholic, etc, are now just Christian.

The problem isn't whatever label is put on them because many may not even know what they mean. The concern is over the actual doctrine they teach and the actual worship practices. I guess a rose by any other name... I mean Lutherans didn't call themselves Lutherans until someone else labeled them. Again the concern is what they teach and how they worship, not the name on the sign.

I am a layman.

The only congregations that I will consider attending when visiting in any area are those listed on the website of the LCMS.

I eliminate any LCMS congregation that does not have "Lutheran" in its name. Why would a congregation be a member of a church body, yet be unwilling to identify itself with that body? I have neither the time, nor the inclination to find the answer.

We, as laymen must be discerning. Is a congregation first tending the flock?