Is anyone really surprised by this? 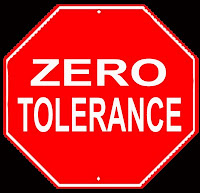 In the United Kingdom, a Tory Member of Parliament is calling on the government to forbid churches that won’t perform same-sex weddings from being able to perform weddings at all:

In a letter to David Cameron the south coast MP had said that the proposed Coalition amendment to the 2010 Equality Act to allow religious bodies or individual places of worship to register the controversial ceremonies would remain “unfair” as long as heterosexuals could marry in the churches of their choice.  The law must instead be changed to compel churches to register civil partnerships, said Mr Weatherley, whose constituency near Brighton which has one of the highest numbers of gay couples in civil partnerships in the country.  HT from Joe Carter at First Things; emphasis mine

Is anyone surprised by this?  When Sweden ordained women the conscience clause allowed Bishops who opposed it to remain.... but it was eventually ended and all dioceses were compelled to accept it.  When the Episcopal Church here in America ordained women, the same kind of allowance was made but eventually it has come down to women nearly everywhere and, where Bishops oppose it, another ordains the women priests for that diocese.  It took longer in both cases but it is only a matter of time before those opposed will also be compelled but this time for the issue of gay and lesbian marriage...

Those who think that conscience clauses (in the setting of the church or the state) will allow and protect dissenting positions are fooling themselves.  Eventually what was tolerated in the beginning will become the norm that is required.  The old Neuhaus principle at work in another setting.

Another snippet from the MP: “I am becoming increasingly concerned about the inequality which exists between the unions of same-sex couples and those of opposite-sex couples in this country,” he said in his letter.  “As long as religious groups can refuse to preside over ceremonies for same-sex couples, there will be inequality,” he said.

Zero tolerance for religious intolerance, it would seem...

Posted by Pastor Peters at 5:59 AM

Maybe I am really naive, but I am genuinely surprised by this. I know this is the United Kingdom and not the United States that is discussing this, but still, how can the state tell a non-established and privately funded institution in Britain (the Roman Catholic Church, for instance) that it MUST perform gay weddings? I just don't see how that is possible. Since when does the state tell churches how to perform SACRAMENTS? I thought British jurisprudence was wiser than to get involved in something like this. Perhaps I was greatly mistaken.

It might go back to Henry VIII who proclaimed himself head of the Church of England, a tradition that has passed on to the current occupant of the throne, Elizabeth. As I recall, there are one or two well-known maartyrs who stood up to the king in this matter.

I don't think they can stop a church from performing Sacraments but the state may choose to no longer recognize marriages performed by the church. Then you have what they have in Germany today, a state marriage (civil union) and a church marriage / Sacrament. For those who see marriage as a Sacrament the civil ceremony has no more meaning than applying for a marriage license. The problem I see is for those confessions / denominations that do not understand marriage as a Sacrament. If the civil ceremony counts as marriage then there is less need to have a church ceremony.

I think the time has come for separate services, civil and church. Such separation, where the state performs the civil union, would remove threats from churches to perform marriages they cannot support.

Remind me again why society is catering to the tiny minority who are both gay and want a legal union.

There you have it. The doctrine of female supremacy codified. It started as the small error asking for tolerance.

How long till the government will require Asherah poles in front of every church?