What a way to celebrate an anniversary! 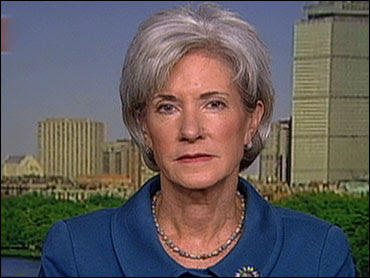 As if the plague of abortion were not itself enough to remember on this, the 39th anniversary of Roe v Wade, we find now that the Obama administration is seeking to severely restrict those health insurers who do NOT cover abortion and, as it appears, limit the exemption to the most narrow of cases.

Here is from Witherspoon Institute:  (you can read it all here)

Houses of worship are almost certainly protected, but all other religious ministries and institutions are almost certainly not. The exemption covers only: a “religious employer” that has the “inculcation of religious values” as its purpose; “primarily employs persons who share its religious tenets”; and primarily “serves persons who share its religious tenets.” Further, the employer must qualify as a church organization under two narrow provisions of the tax code. Religious institutions such as colleges and universities, as well as hospitals and charitable institutions that employ and serve the public (versus only co-believers) will be ineligible. Individuals, and religiously affiliated health insurers are also outside of the scope of the exemption.

In essence, it is the expectation of the Obama administration that the health care transformation it inaugurated would also expand the availability of abortion coverage under insurers and thus become a tool against the respect for life and the fight for the unborn that has united so many diverse religious groups and ordinary Americans since the tragedy of January 22, 1973.

Sebelius own words tell the story:  (you can read it all here)


Scientists have abundant evidence that birth control has significant health benefits for women and their families, it is documented to significantly reduce health costs, and is the most commonly taken drug in America by young and middle-aged women. This rule will provide women with greater access to contraception by requiring coverage and by prohibiting cost sharing.

This decision was made after very careful consideration, including the important concerns some have raised about religious liberty. I believe this proposal strikes the appropriate balance between respecting religious freedom and increasing access to important preventive services.

The task before us has become even larger for the forces against respect for life at all stages now marshals the full resources of the federal government to expand the availability and full insurance coverage for abortion.  What is ironic here is that Sebelius is Roman Catholic and supposedly could be expected to support the full scale stand for life and the fight to repeal Roe v Wade that Rome itself has championed.

Posted by Pastor Peters at 5:42 AM

"Scientists have abundant evidence that birth control has significant health benefits for women and their families,"


This is a bald faced lie.

Birth control is the reason for the shocking increase in breast cancer incidence and mortality.

Delaying childbirth is the single biggest health risk women can control and doctors never even say a word when women ask about birth control.

Many think it is better for everyone if women wait till they have more $$$ before they have children, but I can tell you that I have friends who waited, then got breast cancer and died before they got to see their carefully planned children graduate from high school.

Before you go on thinking that this is some rare anomaly, consider that women who delay childbearing get breast cancer at the rate of 1 in 8. That is far from rare. It is higher than any other cancer. Nothing else even comes close.

What is ironic here is that Sebelius is Roman Catholic and supposedly could be expected to support the full scale stand for life and the fight to repeal Roe v Wade that Rome itself has championed.

Pastor, I'm sure you are aware that in most Christian bodies there is a decisive split in those who "consider" themselves Catholic or whatever and those who actually are. Sebelius is in the same mode as Nancy Pelosi when it comes to her Catholicism, defining it on her own terms. There is a vast difference between them and someone like Rick Santorum.

The Catholic bishops have stated that if Obama persists they will file a lawsuit against the administration. Let them take it all the way to the Supreme Court, says I. The freedom of all Christian churches is at stake here.