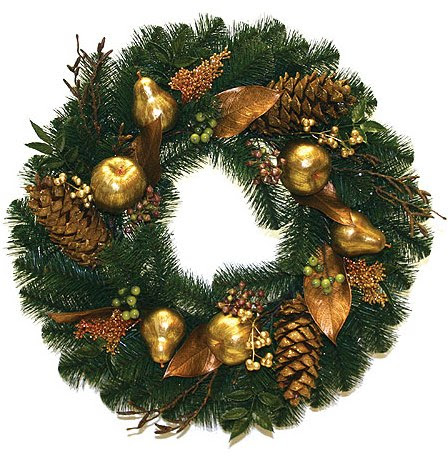 A Southern Baptist Pastor once told me that they would have church on Christmas when Christmas fell on a Sunday or a Wednesday, otherwise, it was a day better spent with the family.  Apparently he was not alone in that conclusion.  I was told by some folks here in Tennessee that a few Lutheran congregations were shuttered up tight on Christmas Day (even though it was a Sunday).


Some data on the subject (courtesy of LifeWay):
Like it or not, the liturgies planned for the “domestic church” are far more meaningful to many people today.  Celebrating Memorial Day, Independence Day, Labor Day, and Thanksgiving Day are often seen as more churchly days in some of these places than Christmas.  Some remain convinced that all holidays (of all sorts) are best celebrated domestically instead of in church.  Don’t forget the mega-liturgy of Super Bowl Sunday!  Requiring attendance at church on a family day is nothing is seen by some as nothing less than man-made legalism, forcing people to focus upon an institution and contributing big collections than it is about authentic worship of God.

All of which is very interesting for this Lutheran living in the heart of Dixie... especially when remembering all those Christians who faced persecution and terrorist threat to be in Church on Christmas!!

You can read some local coverage on this matter here (courtesy of The Tennessean).
Posted by Pastor Peters at 5:30 AM

The Church has caved in to the
culture. The culture says that
Christmas is a family holiday.
So the Church tiptoes around
the dates of Dec. 24 and 25 with a
minimum of worship services.

Unfortunately, Lutheran pastors are
not always willing to be leaders
for the spiritual health of their
parish at Christmas time.

Despite all its Bible Belt bluster, I find the South to be more hostile to Christmas Day worship than any area of the country I've ever lived in. Lutheran and Catholic Minnesota felt far more "Christian" in culture at Christmas time (and for the whole 12 days of Christmas) than the Deep South does. I find the South has a decidedly secular feel at Christmas, esp. once Dec 25th passes and I see my neighbors Christmas trees hauled out to the curb by Dec. 26th. At least in the Lutheran midwest you have a sense of Christmas being a religious period, a period that extends beyond the retail gift-giving that occurs on Dec. 25th. Ever since returning to the South, I really find Christmasses here disappointing because Christmas here follows the Retail Calendar exclusively. Even the churches down here rarely understand that Christmas begins on Dec. 25th.

I attribute a lot of it to ignorance, lack of a real Christmas tradition amongst the Baptist, and perhaps some lingering Calvinist antipathy to Christmas itself.

I've never forgotten how the Calvinists and Puritans railed against Christmas as a "popish festival."

I wonder as I wander said...

A friend's Baptist church did not hold Christmas Eve or Christmas Day services; she wasn't allowed to put up wreaths or decorate in even simple ways.

They didn't celebrate Holy Week or even the Lord's Resurrection; she said that was just another Sunday in their church.