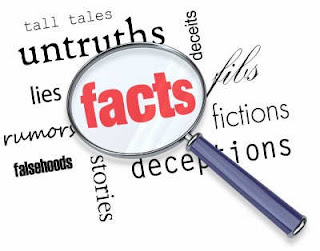 Over the years I have grown very weary of authors who juxtapose one Scripture against another or one voice of Scripture against another.  It have become so common that it is almost a universally accepted fact that Paul and Jesus (plus James) are not on the same page about justification, that nuanced details that differentiate one Gospel account from another represent breeches in the historical record, and that the Jesus of history and the Jesus who eventually emerged from Scripture are not exactly the same Jesus.

I was reading an article and the author began with words something like this:  I read through the Gospel of Matthew looking for an understanding of salvation: but this time I intentionally kept Paul in the back of my mind, not letting him get in the front of my mind, so that I might hear Jesus unfiltered by Paul.  Ah, yes, we all know that it is important to differentiate Paul and Jesus because they speak different answers to the same question.  Or, do they?

Would you read through Rowling's Harry Potter series to see if perhaps one book represents a different author, a different perspective, or a different history than the other?  Would we presume some source hypothesis for divergent details in the Twilight series?  Why do we approach Scripture with the skepticism of one who first and only unassailable belief is that what is there is suspect and there is hidden truth, fact, and divergence underneath every word and event?

Now some have a rather mechanical view of inspiration that would seem to by-pass the personality, experience, and perspective of the individual author.  They do the cause no good by holding to an understanding of inspiration which effectively excises the person from the pen.  Others have no real understanding of inspiration at all and, by their approach, hold to the received text as sub-standard and authentic only in over all thematic treatment of things, certainly not presumed to be factual in event or history. Yet both mine the Scriptures as if they were a vein of ore to be processed rather than the living Word of the Lord speaking to His people and to the world the message of Jesus Christ.

We have had testamental wars in which the Old is pitted against the New.  We have had authorship hypotheses up the kazoo.  We have trolled the surface of the Word as if we were fishing for some trophy bigger and better than the words themselves.  We have emphasized every difference to the point where no one is ever really sure enough to say, without some sort of clarification, THE WORD OF THE LORD.  And what has it left us?  The Gospel is even more distorted than ever before.  The Bible sells well but curiosity may have replaced conviction about whose Word it is and what that Word says.  The faith has shifted from facts and events to feelings and desires.  Salvation has become God's affirmation of us rather than any epiphany on our part to what He has done, revealed, and bestowed upon us.

I wonder if it will ever be over.  Even higher critics have awakened to the fact that for all the words written and books published, it has little to do with the preaching and teaching task of the Church.  Our penchant for the curious and nefarious has left us with all sorts of ideas about what might have been but little that we can say or preach or teach with confidence to a world in darkness, despair, and doubt.  When will it end?  When can we approach the Word of God as the Word of God, presume that the text is authentic, reliable, and authoritative, and preach it with conviction?  Until that happens, many outside the kingdom of God will find little to encourage them to take a second look or listen to the Christian witness.  If we have doubts about our own message, how can we speak it convincingly to the world?

Weary is too little a word for the frustration I bear for the waste of resources -- people and time as well as paper and words -- in the pursuit of whim and fancy.  It is not even interesting anymore.  Biblical criticism has become the highly predictable and boring domain of those who presume their intellect is greater than God's and their judgment worthy more ink than what the Scriptures say.  I don't buy commentaries or read the curious journals of Biblical scholarship anymore.  And I don't read some of those I purchased in haste.  I have better things to do with my time than to give credence to the doubts of others at the expense of my courage and integrity.
Posted by Pastor Peters at 6:00 AM

Until these "Biblical Scholars" are forced to listen to a life recording of all they've said about anything...

Since they've become infallible, maybe someone will speak to their inconsistencies.