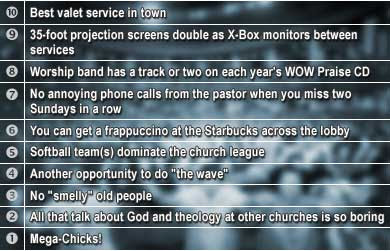 While catching up on some reading I encountered a piece by William Simon, Jr., published in First Things On the Square blog.  It is an interesting piece and confirms to me that Lutherans are not the only ones who act in desperation and so are gravely tempted to betray their identity in pursuit of earthly success in the parish.  It is not quite the same but the tell tale signs are too familiar to ignore.  The idea that clergy are more often the problem than the solution, the lack of talk about Word and Sacrament, the conversations consumed with what others are doing and how to replicate it, the focus upon laity which sees Pastors more into chief volunteer officers than priestly servants, and the fascination with life on the edge -- of the denomination, hierarchy, structure, and trend.

What amazes me most, however, is that this article (really a speech) seems to skirt the essential question of who we are to focus on what we do.  It is a typical doomsday scenario in which the desolate future of no priests, gigantic parishes, and lay leadership is the only thing the crystal ball can yield.  No matter that the priestly service of Word and Sacrament is the central core and focus of any liturgical community -- be it Roman Catholic, Lutheran, Episcopal.  Never mind that priestly vocations are up and a few seminaries are actually nearly full.  No, the business community provides the impetus and the theologians of this movement live in both kingdoms (Peter Drucker) and theology seems to take second place to methodology.  It seems that the solution to every problem in the Church is a systems solution to a systems problem -- at least that seems to be how I read much of the literature and proponents.  Who moved the cheese?  Not what do we believe, confess, and teach...

So at one and the same time I am both comforted and made even more anxious that the Roman Catholics may be drinking the same koolaid as the Lutherans.  It just goes to show you that when you doubt or are distracted from the essential identity of creed and confession, you can and will do just about anything to promote institutional success.

Strangely enough, at the same time I read an article praising Francis Cardinal George of Chicago and his insistence that “the most important conversations on the planet” take place in the confessional and his prediction that instead of institutional and earthly success, the Church of the future will be marked by persecution and a smaller size.  He says prophetically about the implications of radical secularization for America: “I will die in bed, my successor will die in prison, and his successor will die as a martyr in the public square. His successor will pick up the shards of a ruined society and slowly help rebuild civilization, as the Church has done so often in human history.”

I think Cardinal George is far closer to the reality of what is to come than William Simon, Jr.  I also think that the mega church models so trumpeted as our future are more likely to lead to the mega death of the Church than to guarantee its faithful and fruitful future...
Posted by Pastor Peters at 6:00 AM