And he huffed and he puffed... till it all came crumbling down. . . 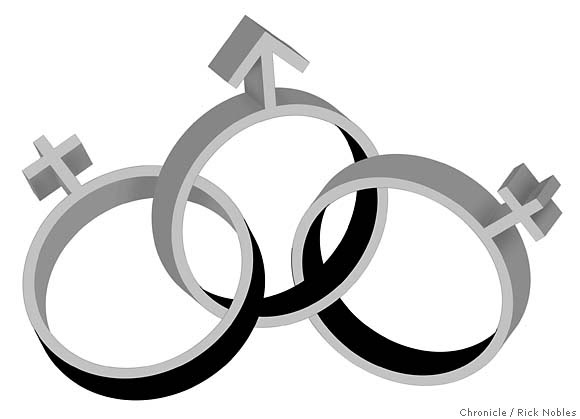 No fault divorce.
Cohabitation.
Gay marriage.
Pedophilia no longer a perversion.
Polygamy.
NEXT?

Social conservatives who have argued for marriage solely between one man and one woman have long warned that allowing gay marriage would ultimately lead to allowing polygamy — an argument that’s both feared and rejected by gay marriage proponents.

Perhaps not surprisingly, groups advocating for legalizing gay marriage were quiet in response, saying that legalizing polygamy is not part of their mandate.

Those who raised questions all along were often seen as fear mongering and the proponents of gay marriage are strangely silent in the face of the unfolding drama but the pace of this all has proven faster than most predicted.  Soon enough it will be legal to marry any one and any number of people with consent being the only contingency.  In the meantime, the victims of this adult flirtation with libertarianism continue to be children.  What kind of values allow us to approve anything and everything when it comes to sex and marriage but we cannot say no to abortion?
Posted by Pastor Peters at 6:00 AM

It may sound strange, but I am less concerned about polygamy than I am about gay marriage. I think that polygamy will prove self-limiting. Jealousy will rise up to make it quickly unworkable in almost all cases. Even the Mormons, who held polygamy as an article of faith, had difficulty making it work in practice.

I am aware that the patriarchs of Israel were polygamous. Abraham had Sarah, who was actually his half-sister, for his principal wife, but there was Hagar, and perhaps others, as well. Most of us know how that worked out for Hagar and Ishmael. Human nature has not changed all that much over the last 4000-5000 years; jealousy is still very much the rage (to pun a bit!).

I read a story on the internet a couple of years ago about two people, a man and a woman, in what seemed to be a normal marriage to start out. The woman wanted to have another man, but without throwing over her husband of many years. According to the story, they agreed (both of them) that she would look around for the second man she wanted, and that they would then bring him into their home as a second husband to her. Again, according to the story, this was a wonderful arrangement, and they all lived happily ever after. I don't believe it.

Reading between the lines in that story, there was evidence that the original husband was jealous, as well he might be. This new fellow was sleeping with his wife more than he was, and generally moving in on his turf. I would like to read a follow-up on that story today. I would be interested in how a three-way divorce works.

And yesterday laws against prostitution were struck down in Canada. It follows the same logic. I do not see how this can be avoided in the USA, given the trajectory we are on.