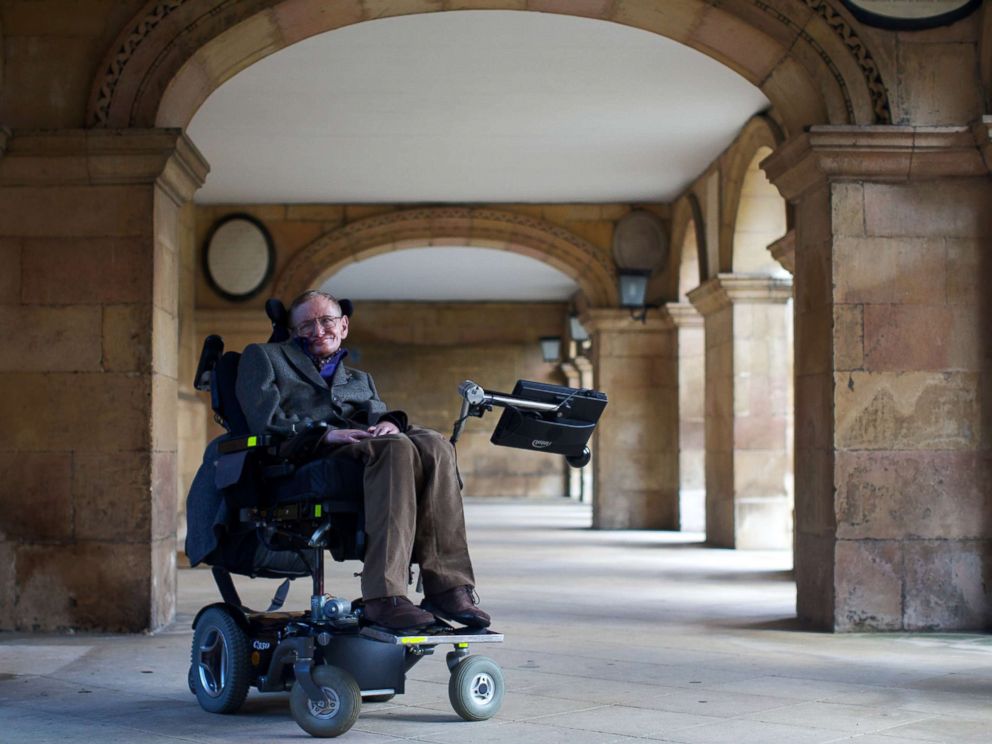 By now you may have forgotten about the death of Stephen Hawking on March 21.  He was a remarkable fellow.  The accolades following his death are too many to repeat here.  Perhaps most remarkable is that he lived for more than 50 years after first being diagnosed with ALS.  That is a feat that few with the same disease have matched.  As famous an intellect as Hawking had, he was witty about death but not hopeful of anything.  That is perhaps the saddest part of his life, even sadder than the burden of ALS placed upon him when he was but 22.


Hawking did speak about his death.  “I have lived with the prospect of an early death for the last 49 years. I’m not afraid of death, but I’m in no hurry to die. I have so much I want to do first,” Hawking said in 2011 during an interview with The Guardian. Hawking did not foster any hope after death but summarily dismissed any notion of an afterlife.  “I regard the brain as a computer which will stop working when its components fail,” he said. “There is no heaven or afterlife for broken down computers; that is a fairy story for people afraid of the dark.”

How utterly sad that he considered life, his own life, not much more different from that of a machine with component parts presumed to fail at some point.  He considered the vast universe around him but, apparently, he did not consider his own life much more than an accident of fate and his death an equal chance. What is most tragic is that he considered the idea of heaven or afterlife as a fairy story for people afraid of the dark.  It is most certainly not.  That is not to say that honest people cannot or should not have a fear of death.  Not everyone has made their peace with death and been satisfied with the measure of this life only.  There are many who desire an afterlife because they have lived a hard life and suffered in mind and body.  But there are also many who desire an afterlife because they have tasted of joy and hope for it to continue.  These people are not looking for a fairy tale but for something as real and concrete as the universe Hawking surveyed.  Just as he was curious about where the grand scheme of things came from and where it is is going, so are they searching for the same answers for their own existence.

Christianity is not a fairy tale to calm the nerves of fearful child-like people.  It is a real and honest hope built upon more than guesses but promises and their fulfillment.  It is the fruit of God's desire to rescue us from too brief a life (whether good or bad) and deliver to us, hope against hope, the promise of more than eye can see or mind conceive.  It is not a panacea or a pipe dream.  No one who struggles in the pain of this day or who desires to see its joys continue after death is satisfied with something like this.  We want something real and profound.  A hope beyond what we can conceive but not a what if hope.

In the end, Hawking may not have thought too much of himself to desire such an end but too little.  And this is the greatest tragedy of all.  Life is a grand mystery, to be sure, but human life is the grandest.  Thought and emotion, understanding and comprehension, accomplishment and compassion -- these are both our greatest characteristics and our weaknesses.  But they separate us from the rest of life in ways that science cannot explain.  Who we are cries out to know who made us and what is the measure of our days, the sum of them, and the end of them.  This is what God has done.  He has not cracked open the universe to satisfy our curiosity but has disclosed Himself to us that we may know who we are.  If Hawking did not get this, it is a testament not to one who expected too much from life but one who was satisfied with too little.
Posted by Pastor Peters at 6:00 AM

Well said. My circumstances in life would probably have sent me in the same direction as Mr. Hawkings but thankfully and by God's grace, I did not throw the baby out with the bath water. I feel that there are many atheists who are not really atheistic at all. They don't want to believe in God even though they know He exists. I deal with friends who think my faith is "cute" but they are angry people. I pray that God had mercy on his soul when he crossed over into eternity.

Scientist Carl Sagan of Nova fame died of cancer some years ago.
He was told that people were praying for him to be healed. He
said that he did want any prayers, because there is no God. Sagan
died as an atheist.

re: a fairy story for people afraid of the dark.

A few years back, a politician proclaimed that Christianity was a crutch. The thought occurred to me that the question is not whether Christianity is a crutch but whether I needed a crutch. My problem, all of humanity's problem is not solved by a crutch. Our situation is much more dire. We are dead in our trespasses and sins, but again, the question is whether our need is real. I can't help but think that the most overwhelming attested fact in the history of man and my life is that of ours and my sin.

Re: a fairy story for people afraid of the dark; the question is not whether we are afraid of the dark but whether there is something in the dark to be afraid of. I think there is; I think that the fear is reasonable and it is backed up by the evidence. I think we live our lives depending upon the same types of evidence that can be used to prove the Bible. I think we redefine the meaning of evidence when it comes to the Bible so we can claim it is unproven. But our lives gives witness against us; we have to use the same types of evidence to live our lives.

I read a sermon years back by Jonathan Edwards in which he stated that when we stand before God our hatred of him will be a naked hatred. In other words our self justifications, our denials will be disallowed and we will stand before Him wrapped in our hatred of Him.

In both the OT and the NT, it is said that God wants all to come to repentance that they may have life. Christ died for the sins of the world. I have often wondered if the reason we end up in hell is because we will not accept God's forgiveness in Christ. We choose to be alone, afraid and in pain rather than acknowledge that God is just, our sins are real and we are in desperate need of a Savior.

How nice and impressive post you have shared here . Much thanks for this well shared , thanks .