Lutheran School of Theology and Gender/Sexuality. . . 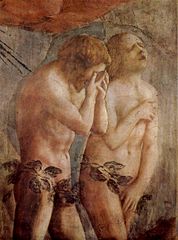 As a coalition for Gender and Sexual Justice in our church, the ELCA, we are calling for justice in the regulating of socially acceptable intimate relationalities. We are ELCA Lutherans, ordained and lay leaders, rostered and unrostered, seminarians and theologians, in candidacy and outside of candidacy, participating in the life of the church and leading the people of God in our journey following Jesus. We take seriously the Word of God as revealed in the scriptures and the traditions of the church in living out the Christian faith in various cultural contexts.

The plethora of stories we hear in our conversations demonstrate that life and liberty are being oppressed in the pressure for church leaders to be in marital relationships, or otherwise abstain from all sexual intimacy. The common good of both parishioners and church leaders would benefit from the freedom to be in a variety of healthy relationships, and to hold each other mutually accountable to ensuring that these relationships are life-giving for all involved, including the larger communities.


“An important way that Christians carry out their citizenship is through participation in voluntary associations and movements, both religious and secular. At times, these groups may serve a prophetic function as they protest particular evils, question unexamined assumptions, challenge unjust or immoral practices, and organize for structural changes in the work place, local community, and wider world.” (Church in Society: A Lutheran Perspective 5) We as a coalition for Gender and Sexual Justice have come together voluntarily to do this work of issue raising, protest, and organizing for change in the ELCA.

ELCA Documents and Problematic Sexuality in the Church

The documents listed above are being used to perpetuate a pressure for leaders in the ELCA to be married, and to additionally conform to oppressive relational and sexual standards set by our church that are often in contrast with our values and lived experience.
Relational Theology and Sexual Ethic
Conclusion
This summary is intended to be an introduction to our position. The full statement, which expands on each of these points, should be referred to for clarification and deeper understanding of our stance.

It is clear that the Seminaries of the ELCA are neck deep into the cutting edge of sex and gender issues and they are not only leading the way for the whole denomination but forming pastors under this perspective.  It is also clear that this has become a cause from which there is no turning back.  The ELCA refuses to be rescued by Scripture or the Lutheran confessional tradition.  The ELCA has long acknowledged moving past the prohibitions and ethic of the Scriptures with regard to sex, gender, and marriage and has claimed that the Gospel mitigates against the witness of the Scriptures.  The ELCA has chosen to disconnect itself from its own predecessor bodies and to distance itself from anyone and everyone who refuses this path.  In this respect, the ELCA is clearly following the lead of the churches of Sweden, Norway, Denmark, Germany, etc...  In the end this is not simply about sex, it is about the Word of God, about our continuity with the Word and the faithful who have confessed it before us, about the voice of that Word to address us today.  It is also about our confession and ultimately the ELCA has chosen to acknowledge those Lutheran Confessions only in so far as they can be manipulated to support its present course and insists that it is not bound to the exegesis of the Confessions or to their teachings that conflict with its chosen course.  In the end, it is about a church which has lost its moorings to anything greater than a snapshot of the moment and the feelings, desires, reason, and wills of those in that moment.  For that, we are all the poorer.  The world will judge all Lutherans for the positions of the ELCA and it is increasingly more difficult to stand behind the name Lutheran while attempting to distinguish between the few who disagree with the statement and its perspective and the many who have come to define this as the Gospel itself.

If  you want to know who runs the show in the ELCA, or at least at ULS, read this and don't skip reading the comments because they are more eye opening than the open letter. . .
Posted by Pastor Peters at 6:00 AM

"We are ELCA Lutherans"

They are only right in that they are in America, but they are nothing else of what they, as ravening wolves in sheep's clothing, claim to be.

The ELCA no longer lives under the authority of Holy Scripture.
This is their downfall and reason for ignoring God's institution
of marriage between one man and one woman. The ELCA has twisted
the Scriptures and eliminated God's law so the sin of practicing
homosexual behavior and sodomy is endorsed.

One has to be concerned when reading this kind of advocacy which so misinterprets, in fact, totally ignores much of Scripture, to the point that it raises serious questions about whether such people do indeed have any commitment at all to God's Word. The title: "Naked and Unashamed" - equated to Adam and Eve, seems to have forgotten that, the moment they fell for the trickery of Satan, their "unashamed" bit disappeared immediately, replaced instead by a hasty retreat, in fact, hiding from God. Says it all, doesn't it?

As shown in the Bible, when people become morally and spiritually debased, they eventually become arrogant in their sins, and declare them openly. Such is the case of ELCA.