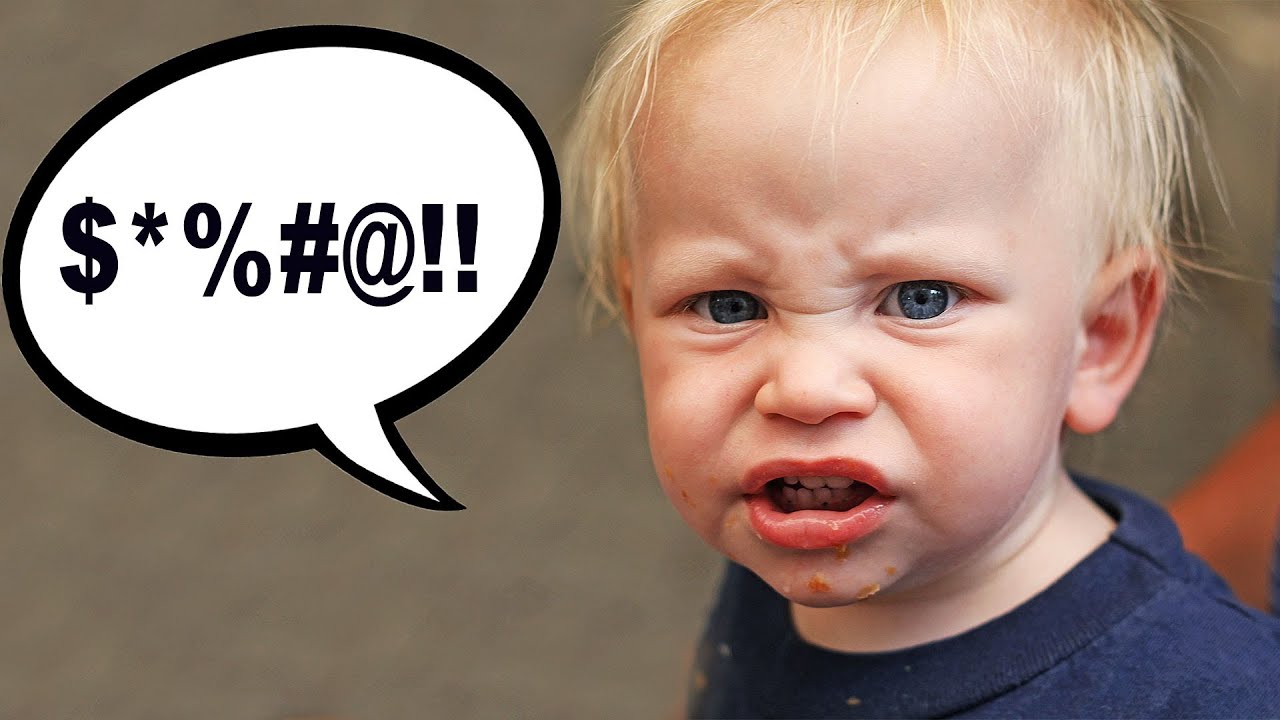 Words matter.  We live in sensitive times.  We are cautioned all around us against using labels against others.  There are words we are not supposed to speak.  There are pejorative words that are considered forbidden speech.  Some of it is called hate speech.  You can get in trouble on Facebook or Twitter for using some of those terms.  You can get suspended from school for using some of them (especially derogatory terms against someone's gender identity).  But somehow or other, vulgarity has become normal and we think it cute when small children use adult words -- especially when they don't know what they mean but have an idea of the appropriate context in which to speak the inappropriate words.


I am no prude.  I do not think that speech police is the answer.  But I find it shocking that nearly every movie now must include a requisite number of F-words for the movie to considered a good movie.  I found it hard sometimes to pick a family movie my wife and I could watch when our children were small -- without ending up embarrassed by the dialog.  Walk into any school and you will find that vulgar or coarse speech has become normal for even smaller children.  They heard it at home, they hear it in social media, and they hear it on TV and in pop music.  That word that one comedian said could not be said on TV, has become a staple of conversation.  It is now normal to a large segment of society.

In our age of fear when violence and aggression have become huge problems, Brad Bushman, a media expert at Ohio State University insists, “This research shows that profanity is not harmless.”  The coarsening of our speech reflects a coarsening of our our character and will have consequences for how we think, behave, and act. It has been shown that profanity is negatively correlated with conscientiousness and agreeableness.  Some research has shown a correlation with aggressive behavior.  There are those who claim that children using profanity is no big deal.   Perhaps the worst effect of vulgar speech is not what others hear or think but how it affects us, how we see ourselves, and how we relate to those around us.  We are the victims of our own coarse and vulgar speech.  At minimum, it means that we are so lacking in communication skills that we substitute vulgarity or profanity for witty, profound, eloquent, and powerful words to say what we mean.  Vulgarity is not colorful speech at all.  It is black and white, stark, and monotone.

Free speech is made cheap and the price paid for that free speech is rendered trivial when we use a right to be coarse, vulgar, or profane.  It does not elevate the speaker nor does it communicate well to the hearer.  The shock value is gone and all we are left with is the sad conclusion that when we do not know what to say, we resort to the basest and crudest language.  And that says something about us we should not be so quick to admit.

"When I want my men to remember something important, to really make it stick, I give it to them double dirty. It may not sound nice to some bunch of little old ladies at an afternoon tea party, but it helps my soldiers to remember. You can't run an army without profanity; and it has to be eloquent profanity. An army without profanity couldn't fight it's way out of a piss-soaked paper bag."

But profanity is more sinister than that. It is used to dehumanize the enemy to make killing them easier. The Nazis, for an extreme example, dehumanized the Jewish people before exterminating them. Language shapes our character and makes acting on impulses more likely, impulses that begin as thought and then are verbalized before action is taken.

"Then desire when it has conceived gives birth to sin, and sin when it is fully grown brings forth death."
James 1:15


"If you do well, will you not be accepted? And if you do not do well, sin is crouching at the door. Its desire is contrary to[b] you, but you must rule over it.”
Genesis 4:7