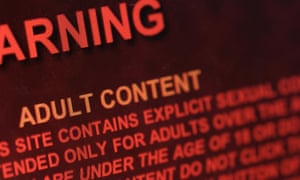 It began to strike me as rather odd -- something we have grown so accustomed to that we do not even see it or hear it.  That is the warning that comes on before nearly any form of media shows graphic violence, sexual content, or language.  For mature audiences.  What a strange thing to say!  Is it a sign of maturity that finds all forms of graphic violence, sexual acts, and vulgar language acceptable and appropriate?  Is it a mark of our age, wisdom, and experience that we think we can watch things we deem inappropriate for children and it will not affect us?  Is it a mark of our advancement that we are not affected by brutal and graphic portrayals of violence and sex nor are we affected by vulgar language?  Is that maturity? Adult content.  Hmmmm.  Is it a mark of adulthood that we may view pornography with abandon or watch things that might corrupt a child but it has no effect upon us?  Porn stars are routinely described as adult film stars.  Are those films really adult?


I wonder if there is anything adult about adult content or anything mature about things for mature audiences.  I wonder if it is not completely backwards.  These are the most childish and adolescent things of all.  Is sitting in the dark, rather hiding in the dark, while watching things you would not want your mother or your grandmother or your boss to see an adult activity?  Is is maturity to watch brutal acts of violence and to hear F-bombs thrown around so often that you no longer hear them?  We have some strange ideas of adulthood and maturity.  It shows in the way we treat themes and images we find inappropriate for children but fine and dandy for us big boys and girls.

I can understand those who are all up in arms about guns.  Guns are an easy target and those who taut gun rights are also easy targets.  But why are we so upset about guns but not about the violence that pervades video games, TV, and movies?  Isn't there something wrong when someone like Quentin Tarantino who makes his living off that kind of thing complains about violence in real life?  Why are we so excited about men who abuse women but not up in arms about the pornography which encourages such distorted and objectification of women?  Why do we not see a contradiction between those who prey upon women and women who think beauty is synonymous with revealing dress and suggestive behavior?  It is not merely a men's issue.  It is a maturity issue.  We are not acting like adults when we presume that the stuff not appropriate for children is appropriate for us.  Age and maturity are not the only arbiters of right and wrong.  Some things are always wrong.  Is does not matter how hold you are or how mature you appear or think yourself to be.

Morality does not change for adults.  The moral compass does not filter out mature from immature.  Right is right.  Wrong is wrong.  That is the problem we face in a world in which we no longer have a common morality and take our cue for what is right and wrong from trend and fad.  When Christians complain about this it is not because we are prudes but because we have values -- values designed by God to make us more noble and not less free and values which discourage the things that are base and vulgar in view of those things that are good, right, noble, pure, beautiful, honorable, and godly.

It is tiresome to sit at home and watch TV only to face a barrage of violent or horror films that masquerade as entertainment or to suffer dialogue which is written with such poverty that F-bombs and the like suffice for erudition.  I do not have any young children in my household but I do fear for grandchildren who face live in a culture of confusion in which adolescence parades as maturity and adulthood for childishness.  When I was a man I put away childish things.  To grow up into Christ who is the head is to grow up to things that do not debase or degrade but honor and encourage with the purity of the love that sacrificed all for our sake.  Every time I see a warning for adult content or the suggestion that what follows is for mature audiences only, I just want to scream.  Grow up!!!
Posted by Pastor Peters at 6:00 AM

Government and the mainstream media have been promoting the destruction of the traditional family for the past 50 years. Too bad most church denominations prefer to become a part of this world rather than to separate themselves from it.