Laicization is not a punishment. . . 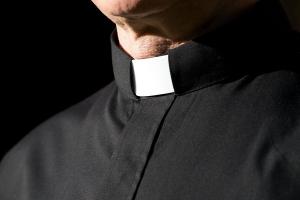 The ministry is not a right.  It is a privilege extended by the Church to those whom she believes are called -- unworthy candidates though they surely are.  We in the clergy sometimes forget that.  We act as if ordination were an entitlement instead of a duty, a job instead of a vocation.  On the other hands, being laity in the Church is not a lower class and certainly not a sin.  Yet that is one of the things that is presumed in a drama unfolding from on high in the Vatican toward a former cardinal hidden away in a friary in Kansas.

As you all know by now, Theodore no longer Cardinal McCarrick is now not only a former cardinal but a former archbishop, former bishop, and former priest.  The Pope has decided to laicize him.  It is part of the punishment that is being applied for his sins preying upon youth and adults while he was a priest, bishop, archbishop, and cardinal.  While stripping him of his red hat and purple clerics is certainly a punishment and stripping him of his priestly identity and faculties is proper and appropriate, we should not describe his defrocking as his punishment.  It is not a sin to be a laymen.  To strip him of his priestly identity and faculties is long overdue and to banish him to silence and prayer for the sake of his soul is appropriate, making him a layman again is not in itself a punishment unless we want to describe those who are not priests as living in a sinful estate.  Nobody should be celebrating that McCarrick was severely punished simply because his priestly order was removed.  O boy, we fixed him.  We made him a layman.  Oh, how terrible.  I am offended by such sentiment and so should the faithful in the pews whose dignity and baptismal calling are trivialized and scandalized by the idea that a prince of the Roman Catholic Church has been well punished by making him sit on the other side of the altar rail once again.

What will let the people in the pews and the world know that Rome has gotten it will not be the defrocking of McCarrick but holding all those accountable who knew and did nothing -- with respect to McCarrick and all those priests who abused.  A more powerful and profound symbol is not the laicization of an 89 year old former cardinal but a mass resignation and replacement of bishops all over the world whose silence is as much their failure as their complicity in this public scandal.   What will let the people in the pews and the world know that Rome got it will be giving up the incessant rant of clericalism as the cause and the solemn admission that homosexual priests were the nearly exclusive predators in a scandal that seems never to end.  This was not about power or even about privilege but about uncontrolled and disordered desire.  No matter how tormented the soul of those who have to rein in the passion of their hearts for the sake of vocation, it is not nearly as great as the torment of the faithful who must look at their priest with fear, worried about what he might do to their children.  The world is waiting for Rome to awaken to the real scandal and to do something credible and appropriate about it.
Posted by Pastor Peters at 6:00 AM

To the devout papist it is.

As for Lutherans in the Missouri Synod, next month we can observe that 180 years ago Bishop Martin Stephan was deposed and excommunicated. Furthermore, the Missouri Saxons rowed him across the Mississippi River and deposited him on the Illinois side at a place called Devil’s Bake Oven (the house wasn't there then).

If Theodore McCarrick still wants to work, he could always follow Chad Bird's example and start up his own ministry. There is always plenty of room in this world for yet another non-denominational roadside preacher. Not to pick on Mr. Bird, but he is the only theologian and former pastor that I can think of at the moment.

Wait...McCarrick is 89 years old? How "convenient" for Rome to wait until he is well into retirement age to laicize him! I guess he will now be forced to enjoy retirement on a full time basis, and maybe at a future location somewhere warm. It reminds me of the LCMS waiting until Matt Becker had enough years in the LCMS retirement plan before he was "asked" to leave the LCMS......