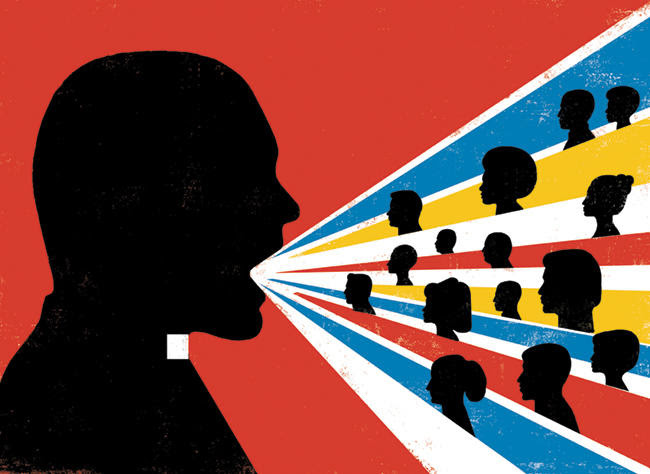 Politics is not necessarily a bad word.  It has its roots in the Greek: πολιτικά, Politiká, meaning "affairs of the cities".  It refers to the process of making decisions that affect the larger group.  We have adjusted that meaning and for many it is a tainted word.  Politics seems to include all the worst in us and in the way we make those decisions for the whole.  Some would insist that politics has no place in the Church.  It is a naive idea to think that sinful people will be immune from sinful words and deeds simply because they are of the Church or acting for the Church.  We all know that this is a noble dream but one sin has forever tainted.

I am not greatly upset by politics in the Church.  It is, after all, a sign of the depth of our conviction that we take the Church, her doctrine and her practice so seriously.  I don't there is anything to complain about when these convictions inform and direct our corporate conversation.  What would be better?  A passionate debate that reflects our great investment in Christian faith and life or passionless debate in which no one invests anything of themselves in their positions?

That said, when things become more about personalities and individuals than issues, there is always more heat than light and more people are disillusioned than inspired.  My own church body is often characterized as a warring communion with a long history of dispute.  Some of that is correct.  Most of it is about doctrine and practice although some of it is personal in nature.  Every few years things ramp up a bit as the convention dates near.  Some of the conflict and partisan positioning is about who to elect and some of it is about the goals and challenges that we face in the coming days.  This year it is less about issues and more about the people.  And that is not a good thing.

I am not adverse to the creation of lists of people or positions.  After all, most of those attending a synodical convention are new to the process and do not know the names on ballots or the full story behind the issues.  We long ago stopped being an extended family in which relationships connected us and surnames meant something.  But lists that recommend people have given way to character assassination and carefully crafted position papers have been replaced by lies and half truths that inflame more than they inform.

I am personally saddened by the politics of some in this convention cycle.  I have seen websites created to attack people instead of persuade them.  Social media has been exploited in the same way and for the same effect.  Inconvenient truths have been replaced by convenient lies.  Some have demonized the current leaders and glorified their own candidates.  Some have attempted to retrace history but have omitted some of the facts and distorted others.

In our Synod, we have had accusations of mobbing, as if an organized machine exists only to intimidate, allowed anecdotal story to replace evidence and corroborating facts, and created divisions based upon personal loyalty rather than fact or truth.  I would urge those involved to stop and think about what they are doing.  Loyalty to an institution is already an endangered commodity in our age and the integrity of the Church is suffering from the failures of many.  While honest debate over issues will not damage us as a community of faith, the politics of threat or innuendo will not only damage the institution but also all of its people and every part of its mission.  If you are not helping, you maybe hurting the very Synod your purport to love.  We can debate and survive, even impassioned debate!  But we will not long survive nor should we when character assassination, lies, and half-truths replace an open, earnest, and honest conversation.
Posted by Pastor Peters at 6:00 AM