Outside the Body of Christ. . . 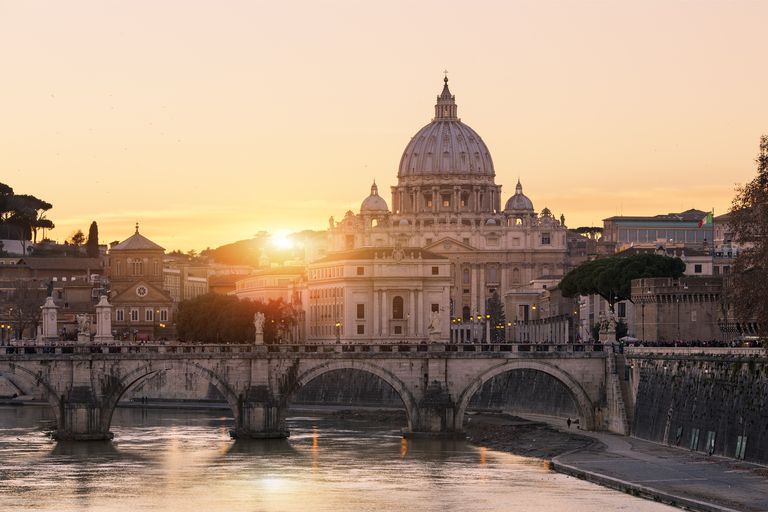 Creeds and confessions are marvelous things and even more so when we say what we mean and mean what we say.  So when a church says something and then couches the harder word in softer ones, we need to hear what is really said and not what we want to hear.

Rome for many years lived both by the promise and threat that its judgment was the judgment of God and that to offend Rome was to suffer the possibility of being removed from the Body of Christ and booted from the Kingdom of God, now and forever.  In the mid to late 20th century these words were softened.  Christians outside of Rome were talked of as separated brethren (and, we presume, sistren, to be politically correct).  It was a seeming admission that it could be more than a felicitous inconsistency that the Spirit might bring about saving faith outside the structures of the Roman Church.  That evolved into the idea of ecclesial communities -- now, not churches, mind you, but the semblance of church and, it appeared, more than merely separated brethren.  Then there was Pope Francis admission that God willed a diversity of religions (read here back in February).  Certainly if God willed a diversity of religions (not simply versions of Christianity) that ought to give some stature to those creedal and confessional non-Roman Christians, right?  You might think so.  But perhaps not so much.

Catching up on the gossip about Rome, I came across a blogger who began his post with these words:  I do not enable comments which claim, for whatever reason , that PF is not (or might not be) the true Bishop of Rome. I do not wish, on the Day of Judgement, to have to explain my collusion in encouraging souls for whom Christ died to separate themselves from His Body the Church.  That makes it a bit clearer. As a confessional Lutheran, certainly a profound distinctive in the plethora of churches that are nominally bunched under the term Protestant, I stand out (for good or for ill).  It is clear when you come to my parish or hear me preach or read this blog that I am not of the stripe that disavows objective truth or disdains orthodoxy or promotes personal truth or suggests feelings can stand in for faith believed and confessed.  Yet, when push comes to shove, my life is outside the life of the one true church and I live, as it were, outside the Body of Christ -- simply because I am not in communion with the Bishop of Rome.  Think about this.

There are those who love to call me a Romanist or a closet Roman Catholic (for I have done nothing to hide my claim to be catholic and apostolic as the Augustana claims as well).  They love to joke about chancel prancing or an inordinate love of vestments and ceremonies.  If you think this is what Rome is and this is her central truth, you are a greatly mistaken.  Do not be foolish.  Luther's quarrel with Rome had nothing to do with a chasuble, chanting, or ceremony.  It has everything to do with the central question of authority and whether that authority is posited in Rome, in the Chair of St. Peter, in its current occupant, and in the teaching magisterium and conciliar structures that both express and support Rome's claim to be the exclusive Body of Christ.  Of course, it may be a bit muddier when it comes to the Eastern Church, but make no mistake, if you are not in Rome, you are not in the Body of Christ -- at least as Rome sees it.

I have many friends in Rome, some of them former Lutherans.  They always assure me that this is but a technicality, this exclusive claim to be in communion with Christ and to be His very Body on earth but every now and then it comes home.  Under the niceties and softer language of the modern era, the truth about Rome is that Rome is exclusively the Body of Christ and those of us who live outside its communion live in something more than a fractured state with God but under the threat of eternal damnation.  If you are a Lutheran who thinks Lutheranism is fighting about what vestment to wear or whether or not to use incense or to chant, you need to wake up.  The issues that divide us rest upon the central foundation of authority -- the Word of the Lord (not according to personal reason or individual magisterium but in the greatest sense of the catholic always and everywhere) or a papacy and its structures that ultimately sit above the Word, may add to what is in that Word, and have an undefectible truth that does not depend upon that Word.
Posted by Pastor Peters at 6:00 AM

In an RC Bible study group today, I told the group about an apostate Muslim that I am trying to bring to Christ via e-mail. I mentioned that the ex-Muslim is an intelligent person, well read, and wants reasons. I said that I have used all the arguments I can think of (that's not quite true, but anyway...), when one of my RC friends said, "Are you giving Protestant reasons or Catholic reasons?" I was stunned that she could make such a distinction, but it seems to say much about the way RCs view non-RCs.