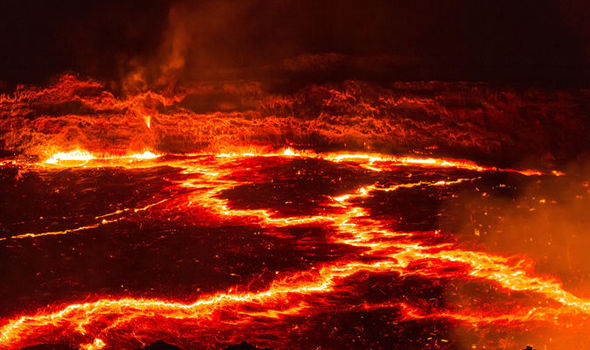 Hell was never a popular idea -- except as a juicy reward for those whom we love to hate.  Even when everyone thought there was a hell, nobody wanted to go there.  But the fear of God's wrath was real -- just as real as the wrath itself.  At least for a while.  Now it seems that a loving God presumes no hell and no wrath.  An angry God is a drag on the church, on evangelism, and on a winsome face before the world.  So what is to be done?

To be sure, some churches have long ago quietly stopped talking about hell -- except, of course, for those sinners so depraved and their sins so egregious that redemption does not seem possible.  For most folk that means hell is a distant idea, far removed from daily life and far removed from any ideas of God and the Church.  But the whole premise of redemption seems to require a God who is angry over sin and a cost to be borne to make that redemption possible.  If sin is so bad that it requires a Savior to redeem us, part of its evil must be some sort of eternal judgment.  Maybe that is why so many have decided to ditch the whole idea of the cross and focus instead upon the moral imperative of love.

As we make our way through Holy Week, we take each solemn step in the realization that sin is not just bad in and of itself but its consequences for our relationship with God have forced us not only to admit judgment and hell but also to speak about it.  The day is coming when sin can no more be ignored and when divine judgment must be faced.  To stand apart from the cleansing blood of Christ will leave the sinner without any refuge.

A loving God is still a God of justice and without Christ to satisfy that wrath, the sinner stands alone to face the full consequences of God's anger over sin.  It may not be popular but it is Biblical.  Once nearly every church body knew that.  Now some of them are not so sure.  At best some are not sure there is a hell and most hope that if there is one, it is empty.  All of this is rather foolish banter since none of us needs to believe in it for it to be real or for its consequences to be suffered by those who think they can handle the weight of their sins on their own terms.

Holy Week is, if anything, the most profound testament not simply to the reality of God's anger over sin but the depths of the mercy that would suffer for us to relieve us of this judgment.  Yet it remains that without God's wrath over sin and the reality of hell, the cross is at best confusing and at worst just plain cruel.  So unless you are ready to ditch the Biblical witness in favor of 'A God without wrath brought men without sin into a Kingdom without judgment through the ministrations of a Christ without a Cross,' we will be forced to deal with the reality of hell and of God's anger over sin.
Posted by Pastor Peters at 6:00 AM

Holy Week is, if anything, the most profound testament not simply to
• the reality of God's anger over sin
• but the depths of the mercy that would suffer for us to relieve us of this judgment.
Beautifully stated, Pastor. Simple...Convicting....Comforting.
God Bless the Preacher.
Timothy Carter, simple country Deacon

Mercy is not mercy if there is no reason for it. No sin, no hell, no mercy. Reading Holy Scripture, it’s difficult to deny that God is merciful as much as loving.