The Passion compels faith not admiration. . . 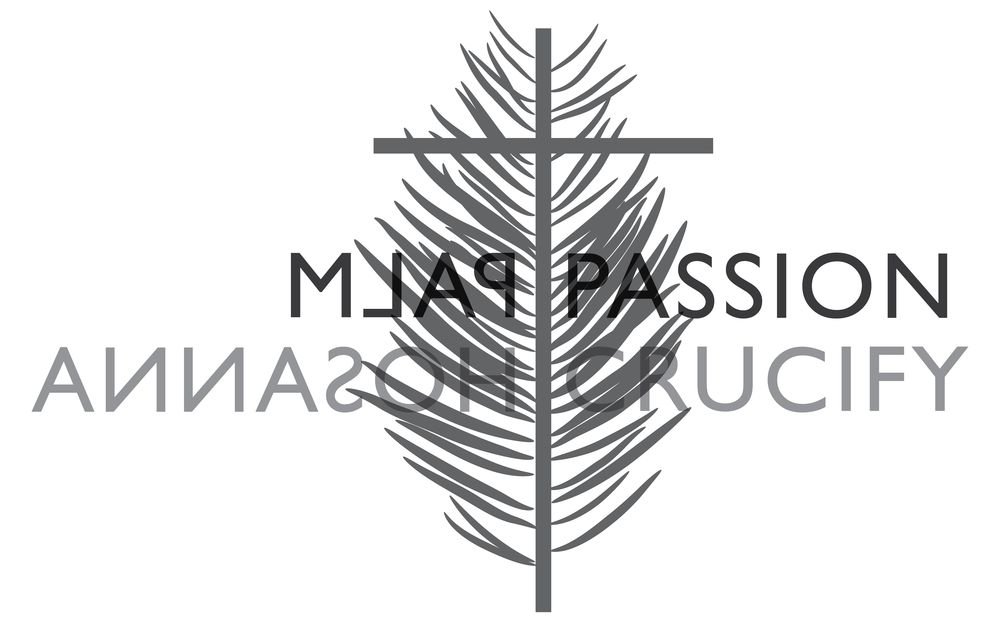 Pilate often seems like a unwitting righteous man, somebody who stumbled upon the truth and tried to get it right.  After all, three time Pilate pleads with the crowd:  I find no guilt in this man.  Three times he tells the crowd Jesus does not deserve the death they are clambering for.  Three times he attempts to distance himself from the guilt of what they seek – the death of Jesus, the King of the Jews.  Even at the end, it seems like Pilate is still trying to  be on Jesus’ side when he puts the truth above Jesus on the cross:  Jesus of Nazareth, King of the Jews.

Pilate is no hero nor is he an innocent bystander in a bigger story.  Pilate does not simply look the other way but allows the injustice of Jesus’ death to go forward and offers as the agency of that death the full faith and credit of the Roman government.  He may not want any blood on his hands but the blood and the guilt is there whether he admits it or not.  For it is not enough simply to admit that Jesus is innocent, that Jesus is righteous, and the Jesus does not deserve the death He dies.  Even Satan knows and admits that, with a giggle.  Everyone who has heard the Gospel knows this – whether they believe it or not.  Jesus’ innocense is not the big truth.  There is bigger.

The big truth is our guilt.  He died for us.  Not because we were worth dying for but because by His death He would redeem the guilty and forgive the sinner their sins, and declare holy the one who is clearly unclean.  It is not enough to admire Jesus or even to be sympathetic to Him.  What Jesus has come for is faith.  He has come to draw faith from the hearts of the fearful, shameful, guilty, and evil sinner.  He has come to cleanse us not with words but with His blood.  For that to happen, you cannot stand and admire Jesus from afar but you have to come near to be sprinkled with His blood.

This story is not a tragedy that compels our sympathy or our admiration for the innocent victim.  No, this is the story of God’s writing, unfolding before us what it meant to promise redemption to Adam and Eve in the garden, to issue the Law to Moses, to build the Tabernacle and then Temple of His presence among His people, to speak hope through the prophets, and to fulfill the promise delivered down through the ages.  The response God seeks is not sympathy or admiration but faith.  This Holy Week we will hear again every detail of what took place.  We will hear of plotting and betrayal, of pain and suffering, of death and the grave.  But this is a story of hope – at least for those willing to get close enough to Jesus and the story of His love for sinners.

Now you have heard the whole story today but over the course of the next week you will hear it in different ways.  You may not think you need to be here, that one hearing is enough.  But I implore you to think otherwise.  What we do over the next week is not simply a history lesson making sure you get the details right.  What we will do over the next week is not to re-enact the events but to re-live them – to relive them as a people inside the story.  You already know the story, the beginning and how it ends.  There is no surprise here.  That story is at the heart and core of every Sunday when we gather for worship and every sermon preached from this pulpit and every bread we break and cup we drink.  It is the truth that every word of the liturgy and every ceremony of the Divine Service fleshes out from week to week to week.

That Jesus lives is the reason why we place a baby in the manger and bow our heads to the altar and light candles when we already have electric lights and mark ashes on our foreheads and process behind palms and meet as the Upper Room for the Body and Blood of Jesus and strip the chancel bare except for the cross and fill it with Easter lilies.  There is no surprise ending in the story.  But there is a need to relive it year after year and week after week.  For in the reliving of the death of Christ, we are raised to forgiveness and life; in the reliving of the resurrection we are directed to and celebrate the gift of the life that death cannot undo.  It is not so that we get the details right, that Jesus was not guilty, but that He died for you and for me, the innocent for the guilty, so that hearing we might believe and believing we might live.

Come back on Monday and Tuesday and Wednesday and you will hear the story again from another Gospel eye.  And Thursday come and see the miracle of the Upper Room made present among us again that with apostles of old and saints who went before we may eat upon Christ’s flesh and drink His blood.  And Friday come and hear the story read clear and plain with only the cross before you to remind you that all that Jesus said and all that Jesus did was for you, for you to come to faith, for you to be forgiven, and to redeem your lost lives from death and the grave.  Come on Saturday and see how deliverance was provided by God as type and promise of the one all sufficient death of Christ and how His time in the tomb sanctifies our own death and grave.  Come on Easter Sunday and sing with the faithful who went before the new song of Christ risen and we who rise in Him and through Him.  The story is long but what makes it both hard and hopeful is that we see ourselves in it as those for whom He suffered and by whom we are redeemed.  It is not enough to find Jesus not guilty;  what we need to find in these words is the hope and promise that in Christ we are saved.  Amen.
Posted by Pastor Peters at 6:00 AM